Melbourne offers diverse food and wine experiences, vibrant culture, and easy access to spectacular landscapes and unique wildlife. It’s everything in one place. Take advantage of our great fares and discover one of Australia’s most eclectic cities year-round.

Melbourne has no shortage of secret spots in alleyways, but Trinket redefines “hidden gem.” A seven-foot-tall ballerina guards the entrance; once inside, head through the wardrobe to discover an underground cocktail bar. Trinket’s Dark Tea service completes the Alice in Wonderland vibe, with espresso martini Gaytime pops and bottomless champagne. 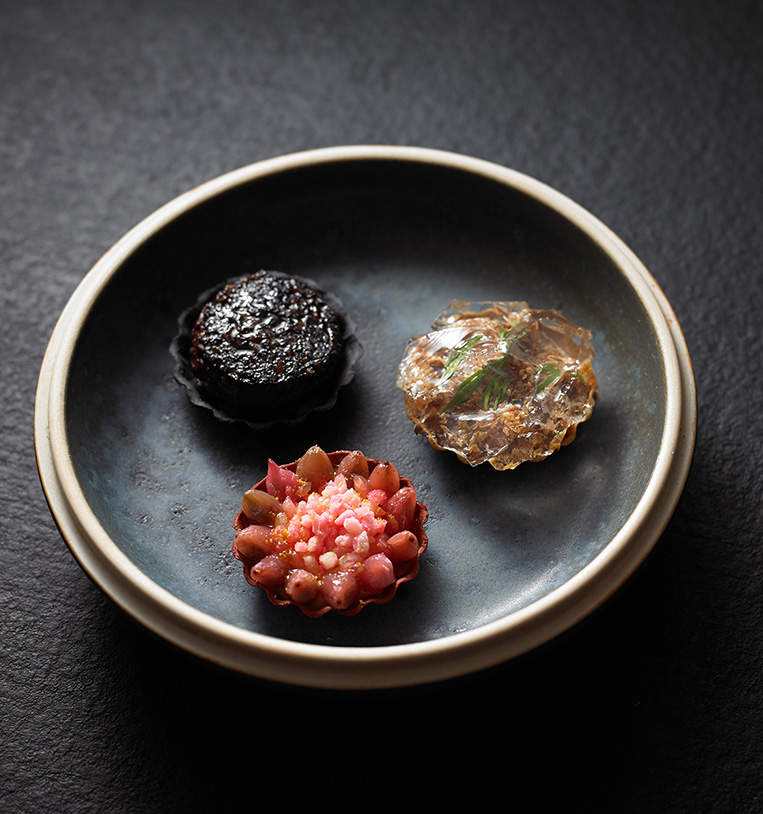 Owner and chef Ben Shewry hails from New Zealand, but that hasn’t stopped him from defining Australiana — think hand-dived scallops with wattlesoy, red kangaroo with truganini, and whipped emu egg. No meal is complete without a tour of the back garden, cup of tea in hand. 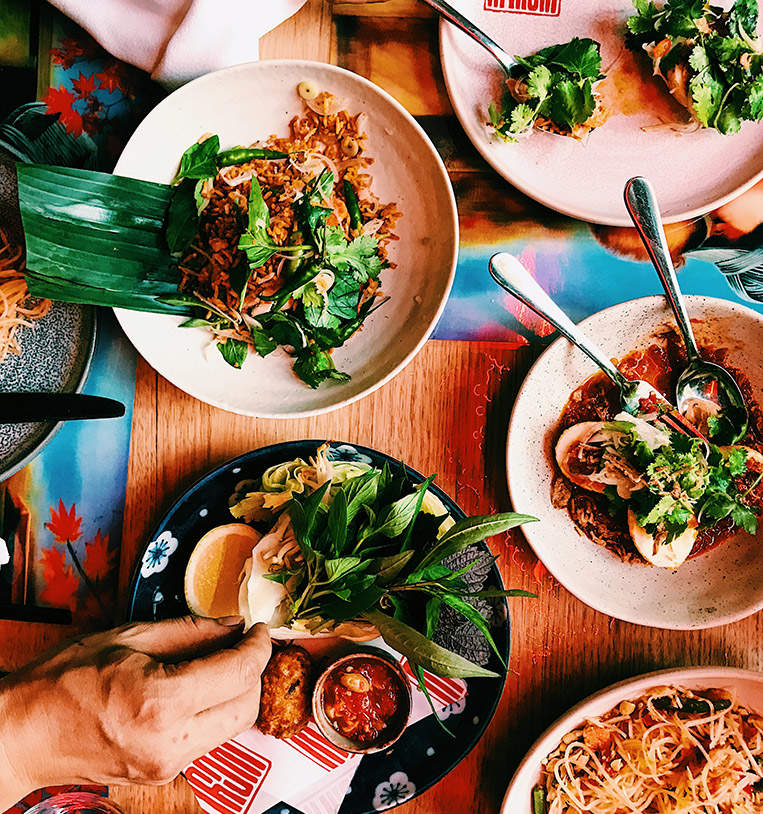 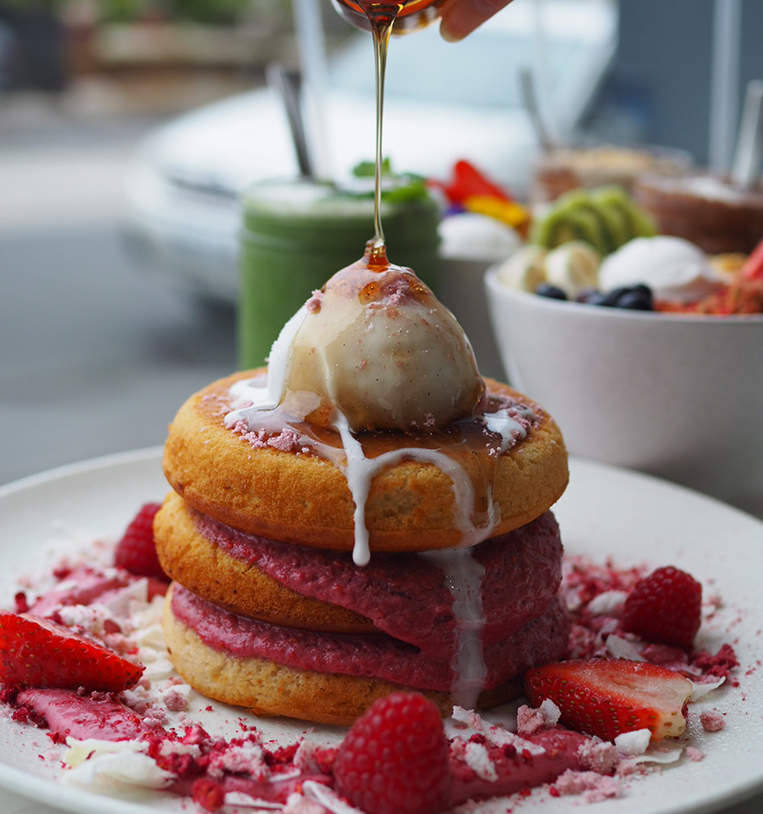 For a relaxed brunch

Instagram-worthy dishes, like raspberry pancakes topped with coconut ice cream, compete for your attention against smashed avo on toast with pea and almond pesto. The space is bright and airy, but if you want to dine alfresco, borrow one of the restaurant’s blankets and picnic baskets to eat in the neighbouring Victoria Gardens. 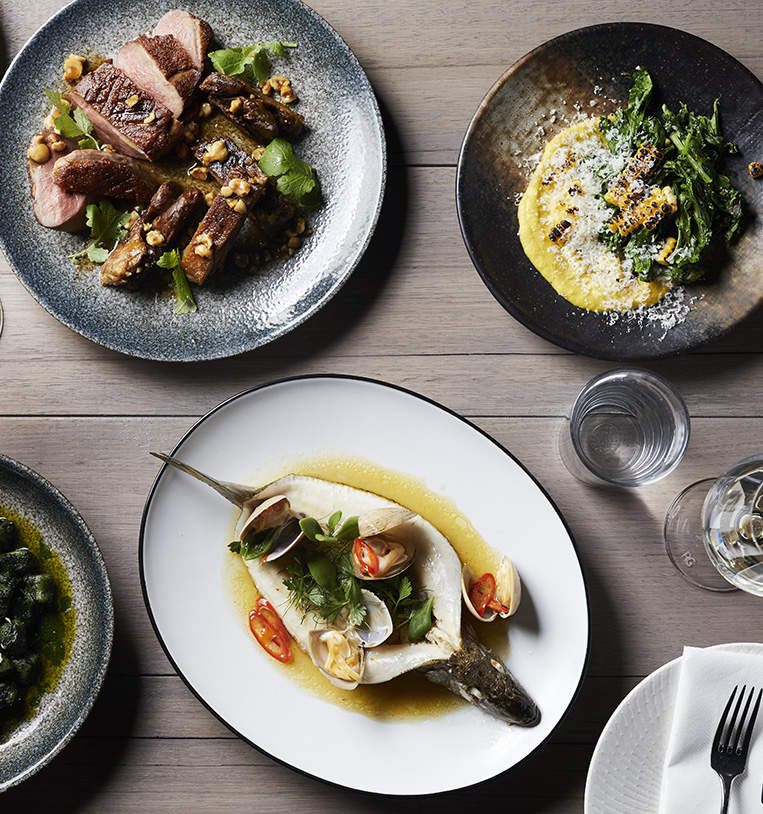 An homage to Melbourne’s large Mediterranean community, Osteria Ilaria’s menu is based on traditional Italian food, but don’t expect page after page of pizzas and pasta. The laid-back, wine-focused restaurant has everything from octopus to ocean trout to pork scotch on offer.

For a caffeine fix

Thank the Italian and Greek immigrants in Melbourne for creating a coffee culture like no other. The tradition is strong here: Beans are roasted less than a block away, and each single origin has its own dedicated extractor, so tasting notes aren’t compromised. 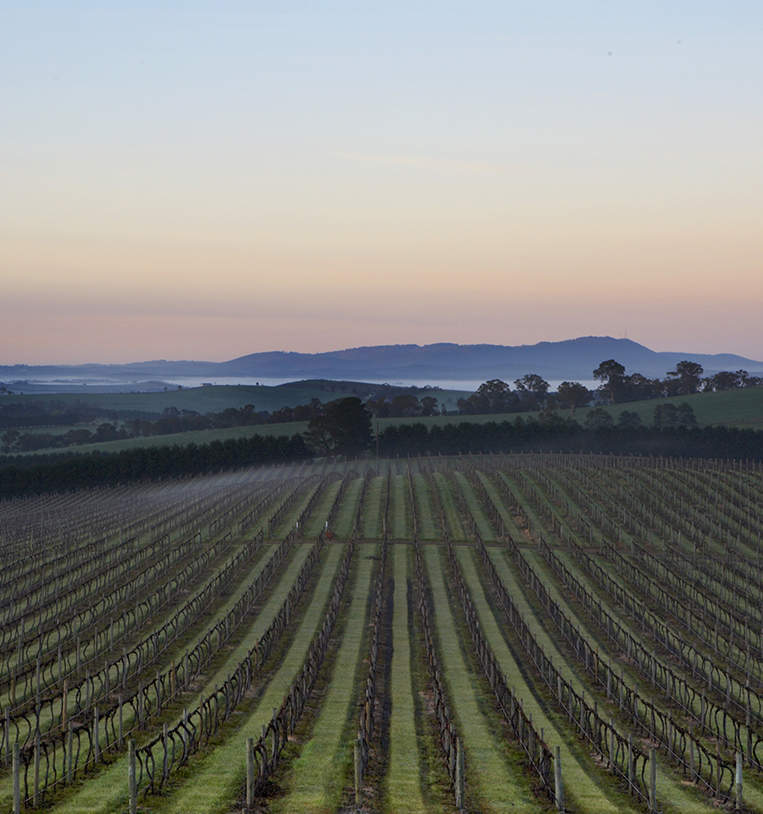 Australian wine may be “New World,” but Yarra Valley — one of the country’s best grape-growing regions — has been operating since the first vines were planted in 1838. Here, it’s all about the chardonnay and pinot noir, and tastings at many of the area’s 70-plus cellar doors are complimentary. This is also where you can find French champagne house Moët & Chandon’s Domaine Chandon. 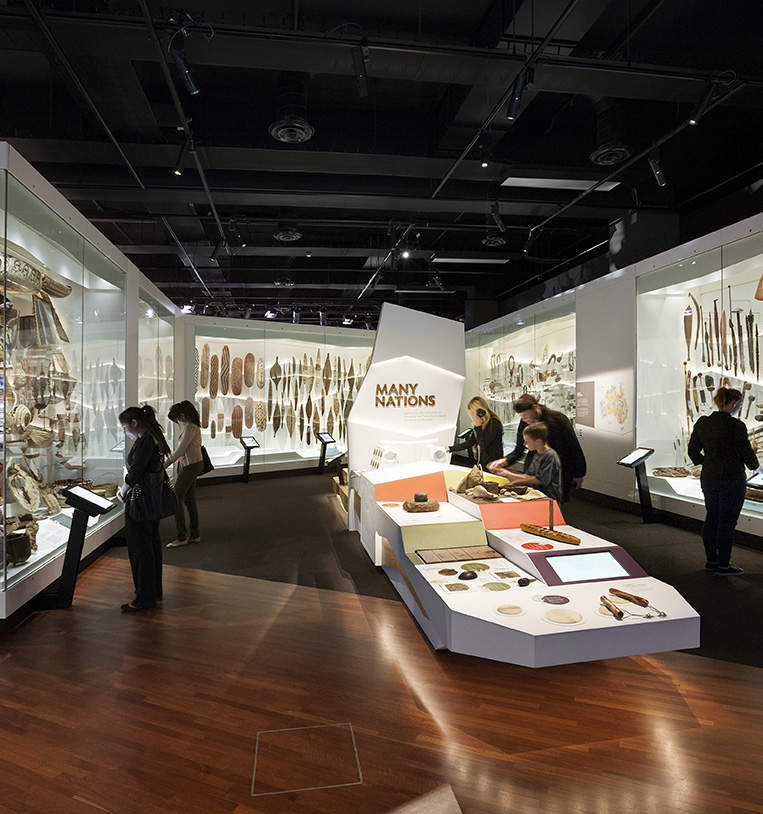 For Aboriginal arts and history

Located in the Melbourne Museum, this cultural centre sits on the traditional lands of the Boonwurrung and the Woiwurrung language groups of the greater Kulin nation. Each year, the gallery holds three exhibitions showcasing contemporary Koorie artists, while the Milarri Garden outside grows plants significant to the First Peoples of Victoria. 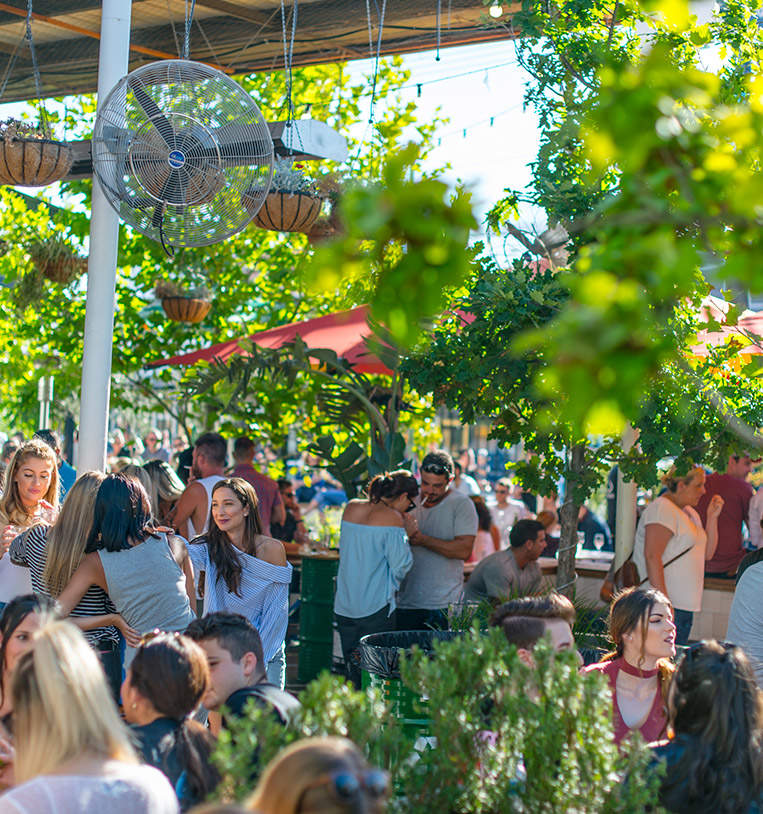 For food trucks and beer

With space for six trucks and about 700 people, the irreverent Welcome to Thornbury claims to be Melbourne’s second-largest beer garden and the only permanent food-truck stop. Vendors change daily, so check the website to find out who’s serving, and when you can find trivia, bingo and themed nights (such as the popular, pooch-friendly Good Dogs of Darebin event). 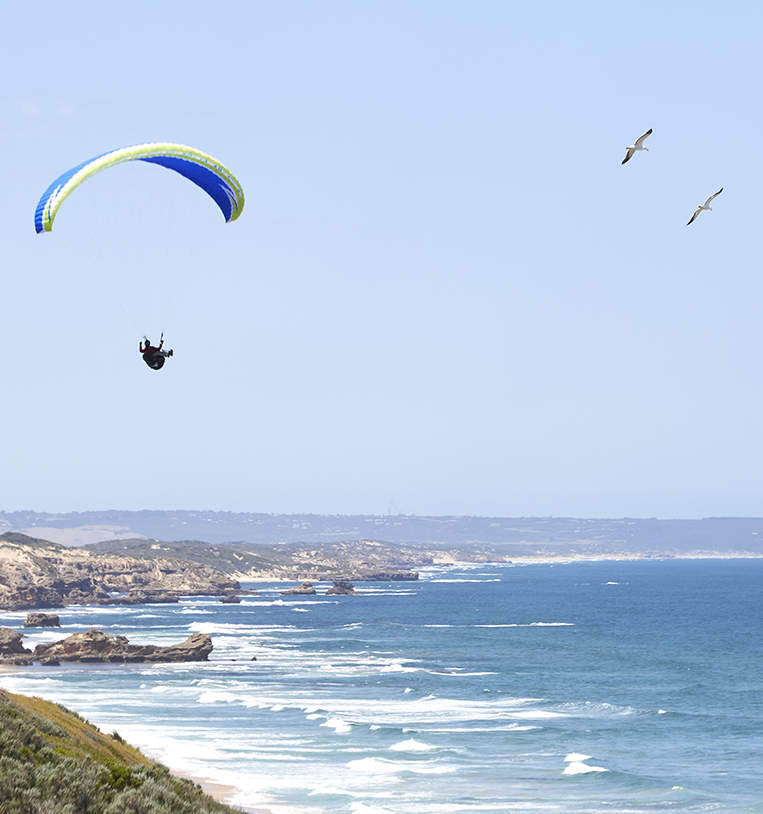 Just an hour from Melbourne’s central business district, Mornington Peninsula is the local’s answer to the Great Ocean Road. There aren’t any apostles to see, but you may spot echidnas, wallabies, kangaroos and other wildlife. With fresh seafood to eat, sandy beaches to surf by, and vineyards to wander through, it makes for the ideal weekend getaway.

Musician Patti Smith once gifted Jean-Luc Godard an Alpha60 T-shirt with her image. It was a fitting gesture, considering the Australian label was named after the filmmaker’s Alphaville. Known for their sophisticated quirk, the sibling founders Alex and Georgie Cleary have also curated garments for the National Gallery of Victoria. 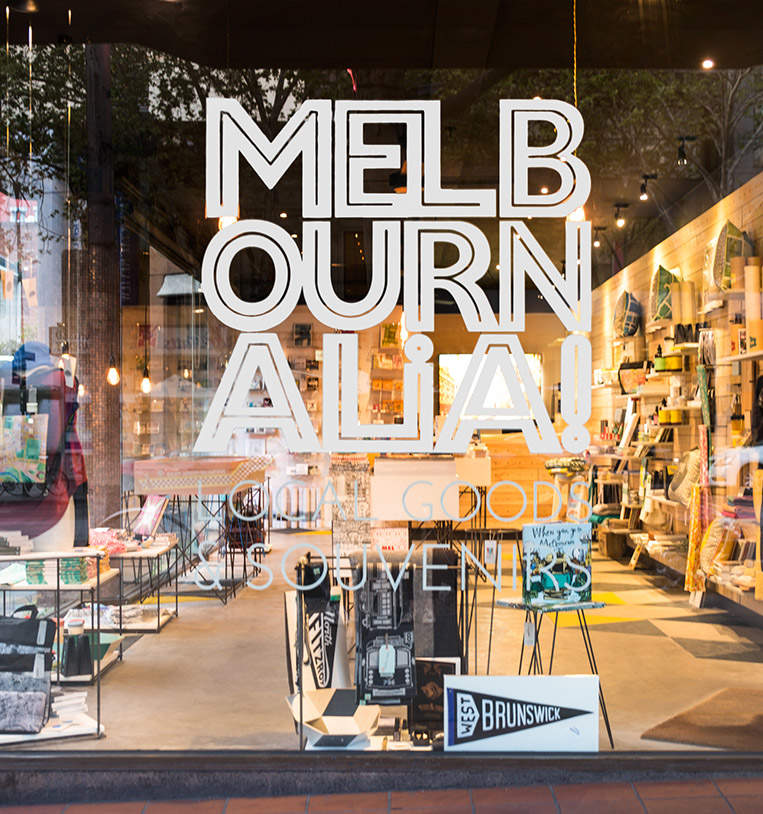 This is your one-stop shop for Australian-designed housewares and gifts. Look here for iconic Australiana, including golden wattle prints (the country’s floral emblem); lamington and fairy bread necklaces; children’s books featuring wombat characters; and the best-selling KeepCups, the first reusable barista-standard mugs, which were created in Melbourne.

For art of all kinds

Built in 1923, the art nouveau Curtin House is known for its dining, rooftop bar and open-air cinema, but there are plenty of noteworthy tenants on the lower levels as well. Peruse Metropolis Bookshop for graphic design, architecture and art books, or browse Dot Comme for archival pieces from pioneering, fashion-as-art labels like Comme des Garçons. 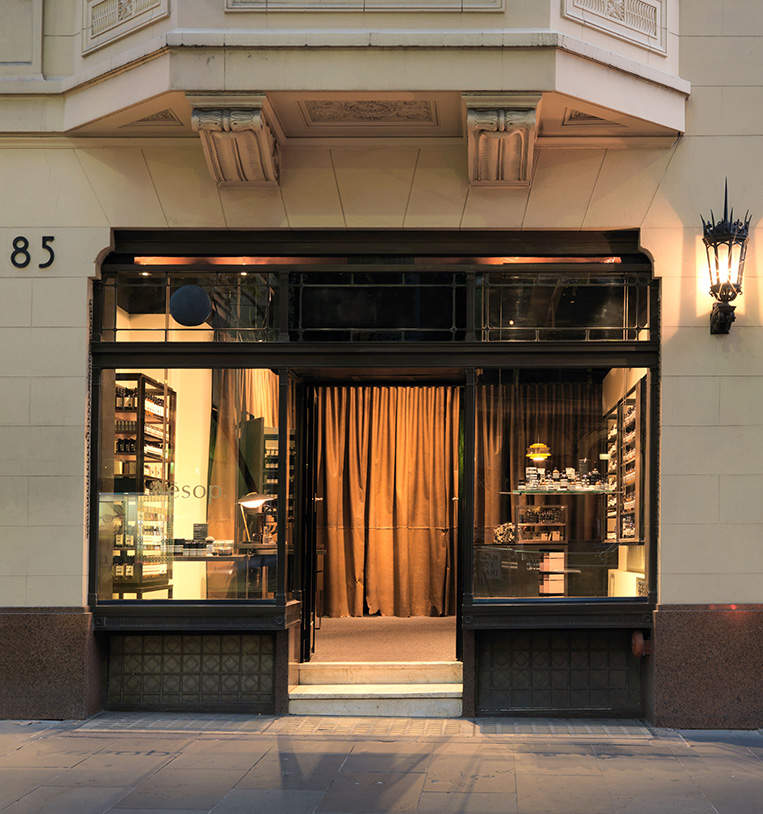 This Melbourne-born line of plant-based luxury skincare and hair care has shops worldwide, but it’s worth stopping by this flagship space — designed to look like a gentleman’s salon — to see the brand on its home turf. Despite its anti-advertising philosophy, the company has earned a cult following, thanks to top sellers like the Resurrection Aromatique Hand Wash and the Parsley Anti-Oxidant Seed Serum. 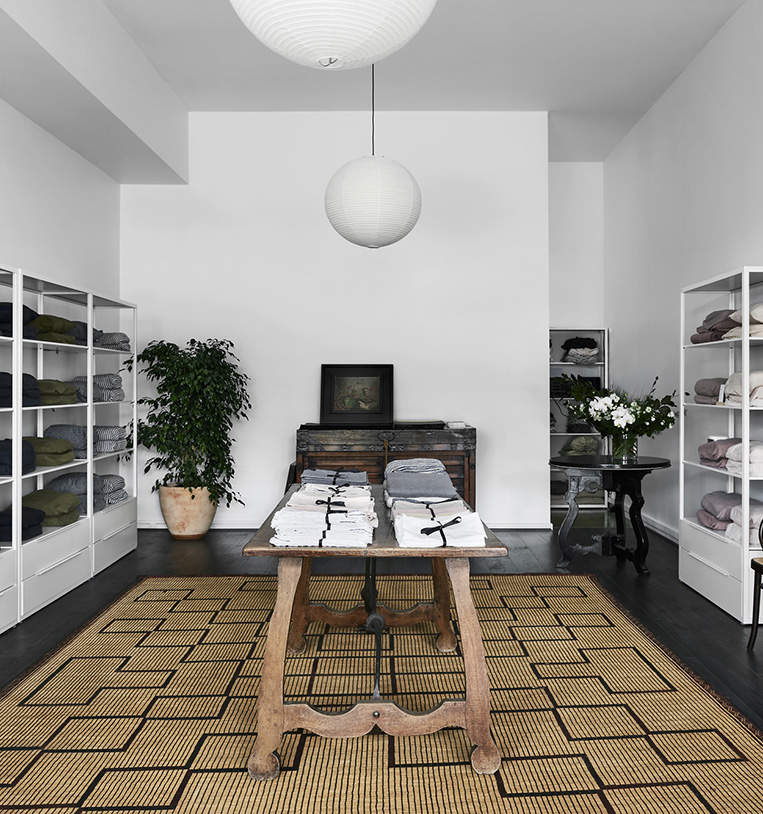 For those wanting to bring the feeling of vacation home, Cultiver’s French flax linen sheets are the same ones used by Australia’s newest boutique hotels. Once online-only, the Australian homewares brand opened a bricks-and-mortar location by popular demand. Here you can feel the soft bedding, robes, cushions and table linens, and experiment with matching the range of earthy colourways. 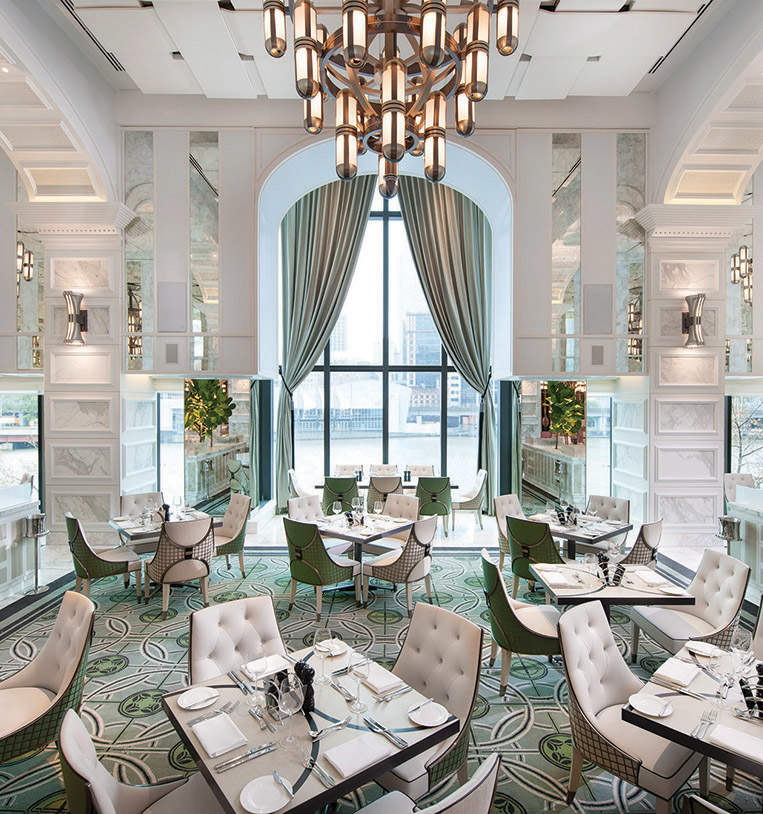 For the panoramic views

Set on the south banks of the Yarra River, the Crown Casino and Entertainment Complex is all glam and glitz. Crown Towers is the most luxe of the sister hotels, Metropol is her more contemporary counterpart, and Crown Promenade has all the amenities at a slightly lower price point. Many rooms have floor-to-ceiling windows and sweeping views of the city and river. 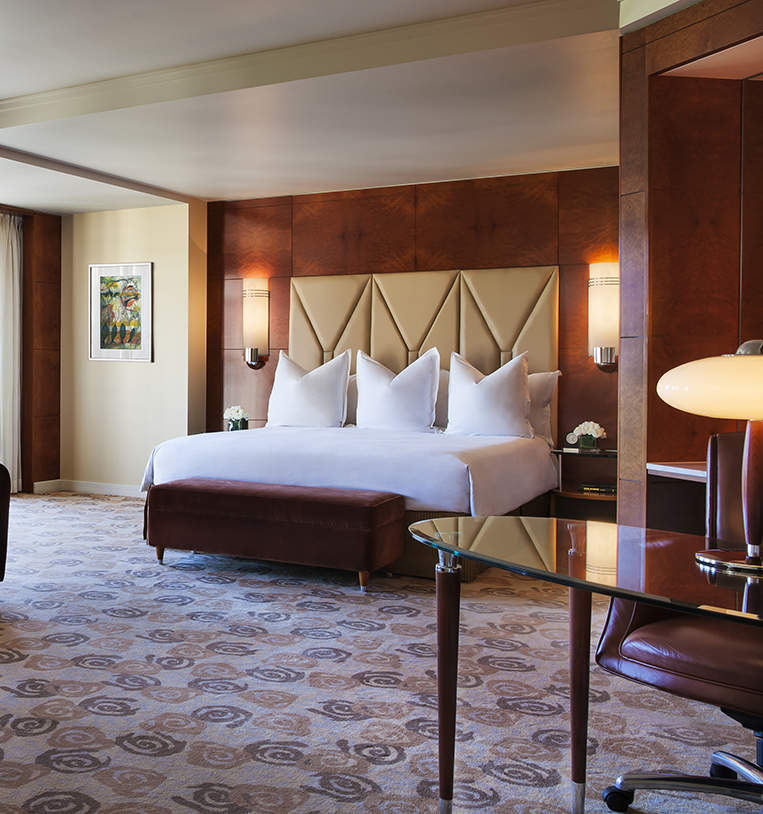 This five-star hotel has the city’s largest guest rooms and suites — each has its own walk-in wardrobe, for starters — but the Park Hyatt is equally known for its personal touch. Take Mr. Walker, the adorable Labrador retriever and hotel mascot, who’s ready to welcome you upon arrival in the lobby. 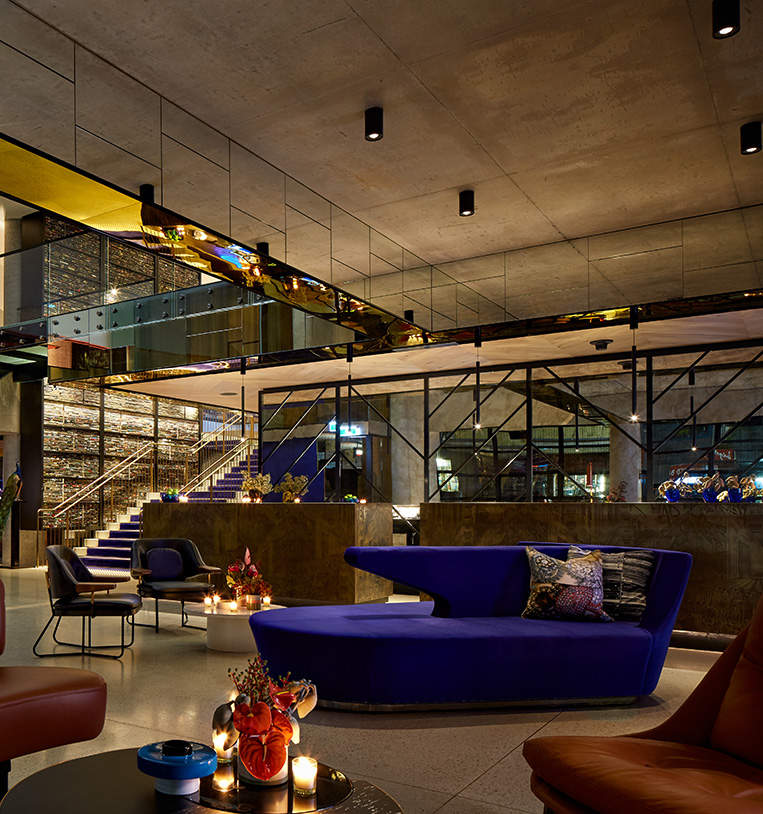 For the industrial-chic design

Housed in an old cinema in the city’s business district, QT’s Melbourne location is the perfect mix of comfort and industrial style, with Victoria + Albert soaker tubs in the rooms, a swanky rooftop bar, a cake shop in the lobby, a cheeky talking elevator and the requisite neon lights throughout. 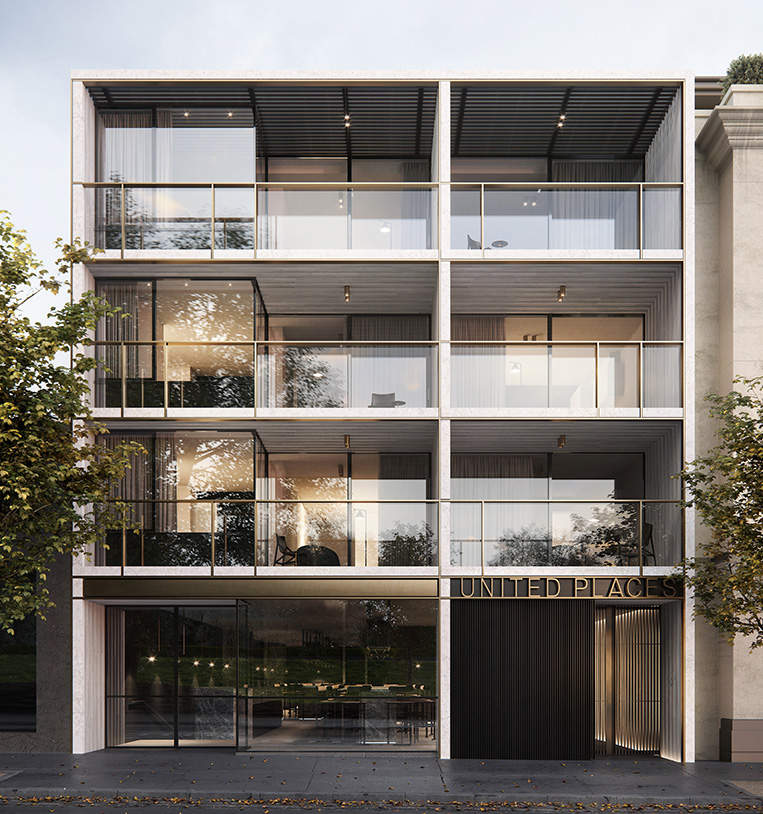 For the local character

When first-time hotelier Darren Rubenstein decided to open the 12-suite United Places, located right by the Royal Botanic Gardens, he wanted to emphasize the local. You’ll find Melbourne-designed Loom Towels linen on the beds, whisky from Tasmania’s Sullivans Cove in the mini-bar, and artwork by local sculptors in the reception-free lobby (guests are greeted by a butler instead).

For the artsy setting

Late Australian artist David Larwill wanted his playful and vibrant artwork to make people smile. Today, it’s doing just that in this modern 96-room hotel, where you can tour Larwill’s pieces on site with a curator. Backing on to Royal Park, the Larwill Studio is removed from the lively laneways of the city, but one of the hotel’s Lekker bicycles will get you there in no time.

While public transit is available, the smoothest and most economical ride into the city is SkyBus, which links travellers from Tullamarine Airport with the central business district and Southbank Docklands. One-way into the city on SkyBus costs $18 and takes 30 to 45 minutes. A taxi will cost about $60 and also take 30 to 45 minutes, depending on traffic.

Fares are based on zones, with the central area of Melbourne being free to travel by tram. Purchasing and pre-loading a Myki card (available at over 800 retailers, including 7-Eleven) is necessary to access the system outside the free zone. For visitors, the best value is the Myki Explorer pack ($15), which includes one day of unlimited travel and handy transit maps.

Taxis are easy to hail on major arteries, including in the city centre and near Federation Square. Elsewhere, it’s best to call ahead or use the 13cabs app, which connects with multiple taxi operators. Uber is also popular throughout the city.

With its grid layout and numerous bike lanes, Melbourne is particularly cycling-friendly. Dock-free bike shares have popped up in the city recently, but Melbourne Bike Share’s docked version offers day passes starting at $3. Helmets, which are mandatory in Australia, typically come with each bike (or are rentable nearby).

The Australian chef takes us to his top hometown spots.

The celebrity chef, restaurateur and Melbourne native shares his favourite places to eat and explore, from dinner at a high-end Greek restaurant to fish and chips on the beach.

This Greek restaurant is located in the old Herald and Weekly Times newspaper building, which is where it got its name. It’s one of the Top 10 restaurants in the country, and it serves tasting menus, so the options change all the time. My advice? Be comfortable in their hands.

These beautiful gardens in the middle of the city are the perfect place to take a picnic basket or sit down with a friend and just chat for an hour. Around the outside, there’s what we call the Tan-Track, which is about four kilometres long. You can go for a run or a walk around it, and at certain points you come out by the Yarra River. There’s a great restaurant there as well called Jardin Tan, where you can end your walk.

This is one of my happy places. We play a sport called Australian Rules Football (AFL); the entire country is crazy about it. I take my kids, but I also go with my mates, drink a couple of beers and eat an Aussie pie. My wife loves it; she seems to think that the players are quite handsome.

This market is full of amazing food. There’s a stand that does what we call dim sims: Asian dumplings that are just to die for. If you walk up to anyone at the market and ask, “Where’s the Dim Sims stand?” they’ll know exactly what you’re talking about.

We take real pride in the coffee in Australia. Whenever I travel with people from somewhere else, they’re like, “Every bloody cup of coffee I had was delicious!” There’s a café called St. Ali right near the South Melbourne Market. They’re roasters as well as coffee producers, and I like their coffee so much that I import it to America and serve it at one of my restaurants, Gwen Butcher Shop & Restaurant, in Los Angeles.

The fish ’n’ chips in Australia are unbelievable. The Geelong Boat House is on the beach and close to my mum’s place (and a great stop before a Geelong Cats game). There’s nothing fancy about it: Get your order and go sit in the sand to eat it.