Fly to Casablanca with enhanced comfort

Fly to Casablanca with enhanced comfort and style with our year-round non-stop flights from Montreal to Casablanca.

Experience our award-winning three cabin service and choose from International Business Class, a spacious Premium Economy Class and enhanced comforts in Economy Class. Enjoy a personal touchscreen TV at every seat and the freedom of packing with 2 checked bags free of charge. 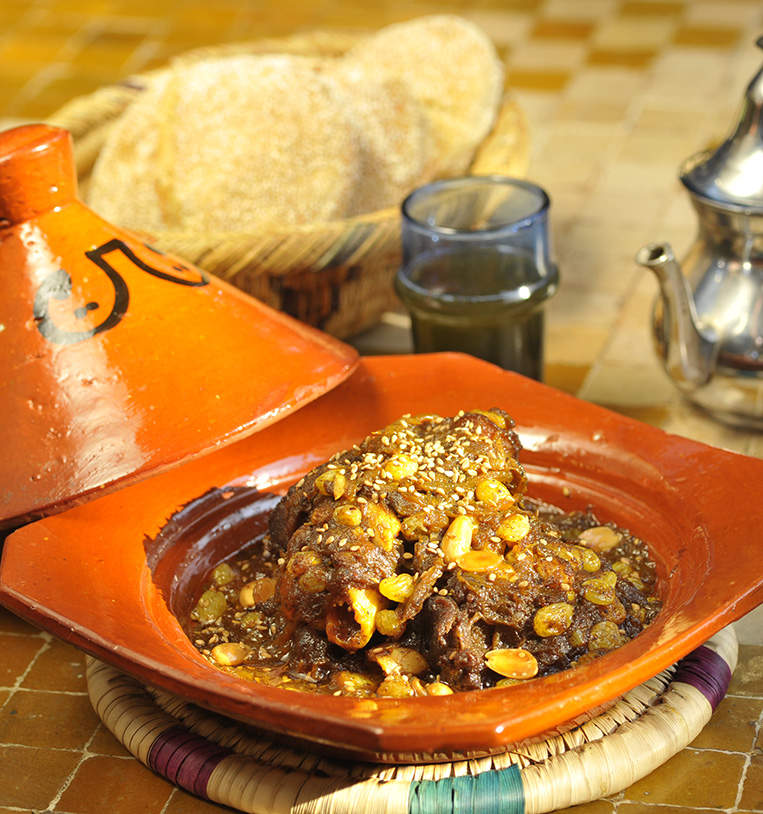 Inside the romantic confines of this former Portuguese fortress, dig into the savoury/sweet/spicy flavours that define Moroccan cuisine. Hand-rolled couscous delicately flavoured with smen, a tart fermented butter, and slow-cooked tajines are among the standouts at this chill café/restaurant. 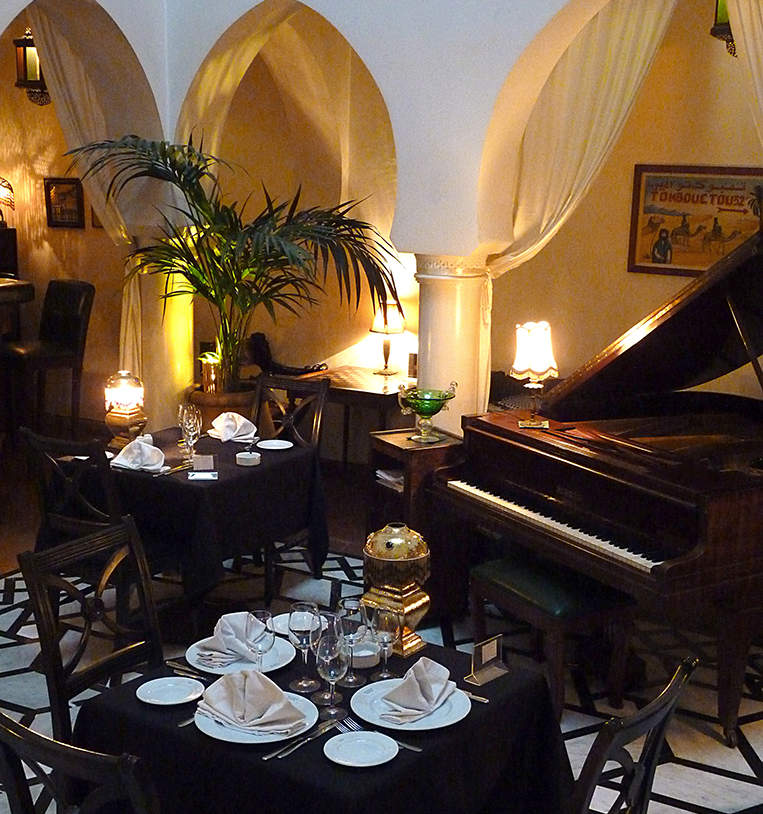 For the cinematic scene

The restaurant concept — bringing the bar of Casablanca movie fame to life — may sound gimmicky, but somehow it works. Credit goes to the fresh, seasonal menu, which makes the most of produce from local markets. The goat-cheese salad with ripe figs is a staple. 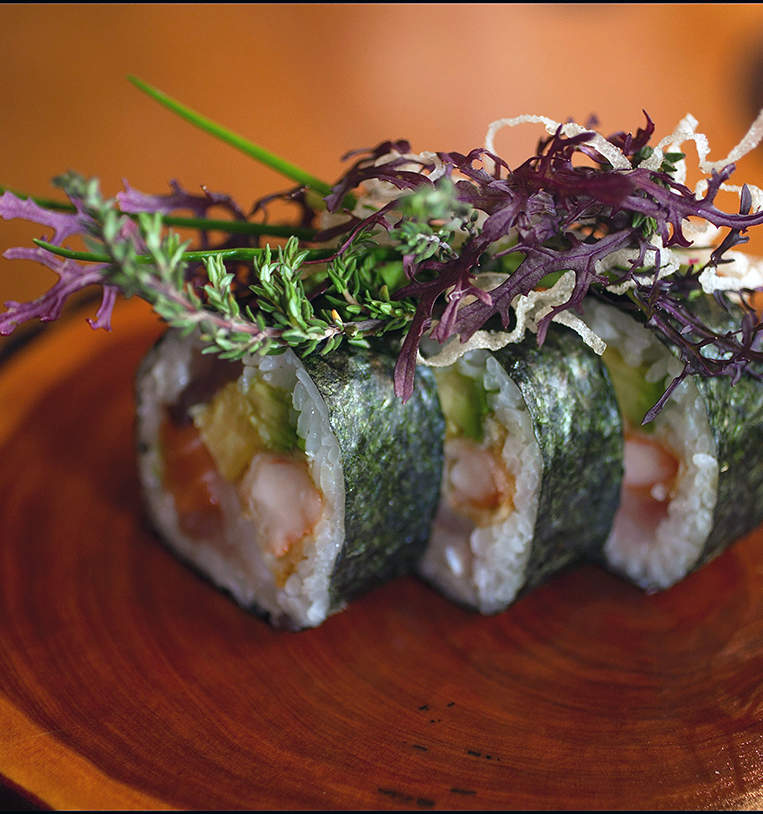 Casablanca is unexpectedly enamoured with Japanese food, and Iloli’s Yusuke Furukawa is among the most notable chefs serving it here. At this contemporary restaurant, his culinary approach is half artistry, half meticulous science; tuck into the kishimen udon, goma dofu and sashimi, carefully (and gorgeously) prepared in the open kitchen.

Founded in 1989 by Casa native Aziz Chabine, this brasserie has become a classic in Casablanca dining. Come for the chargrilled filets sourced from local, grass-fed cattle, but don’t skip the oysters flown in fresh daily from Dakhla. 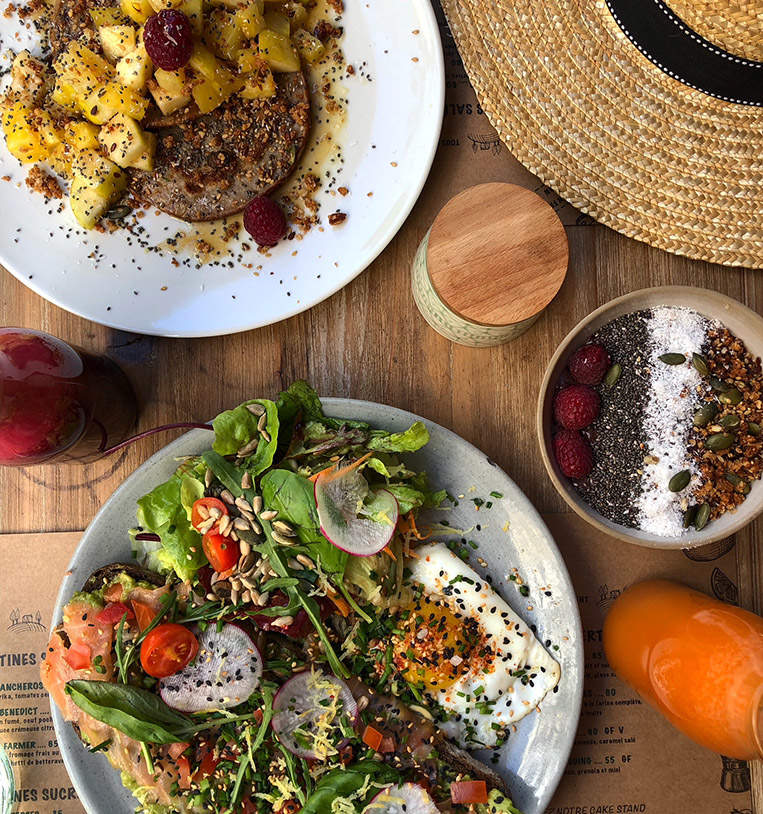 This airy spot is a health-conscious restaurant, juice bar, café and local food market — all rolled into one. Vegan and gluten-free diners will find plenty of options here. Grab a tropical tumeric coconut-milk smoothie, a Buddha bowl, or provisions for your own beachside picnic.

For a sunset stroll

The Corniche is a wide boulevard walkway that plays host to two playful urban beaches, Lalla Meriem and Aïn Diab. Sun worshippers flock to them all week, while families go crabbing on weekends. The boulevard makes for a picture-perfect stroll at sunset, when it’s cast in shades of pink and red.

For the unique cultural history

Today, Morocco is a nearly entirely Muslim country, but as recently as a few generations ago, it was home to a notable Jewish population. Opened in 1997, this institution aims to recover that lost heritage — many objects were rescued from synagogues across the country. It has the distinction of being the only Jewish museum in the Arabic world. 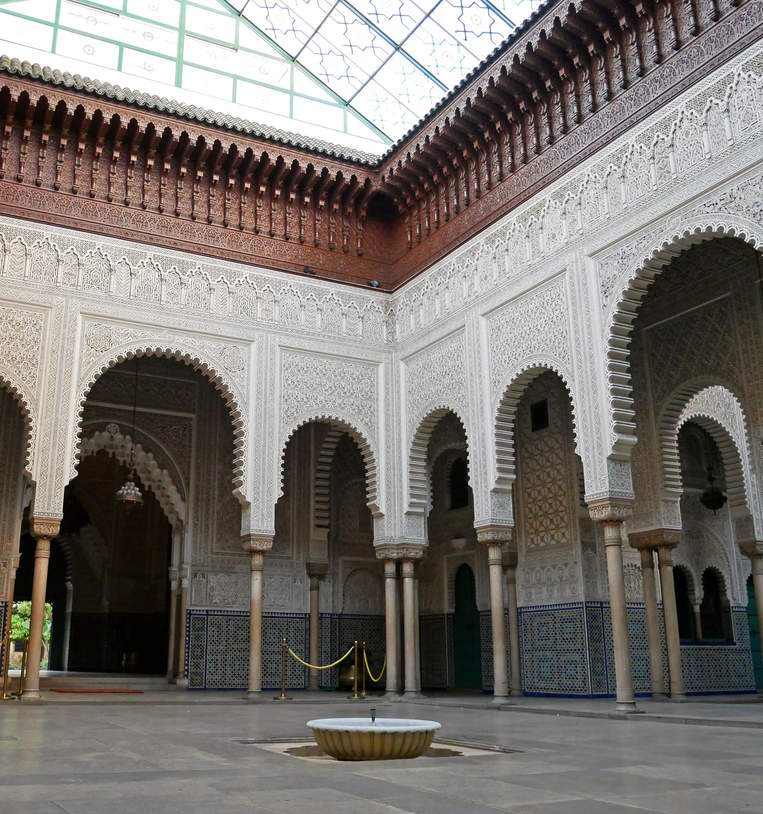 This court of justice was once the Pacha of Casablanca’s palace. The grandeur lives on in the intricate mosaics, polished marble columns, hand-carved cedar ceilings and carefully hewn stucco. Hire a licensed tour guide for easy access and a historical perspective. 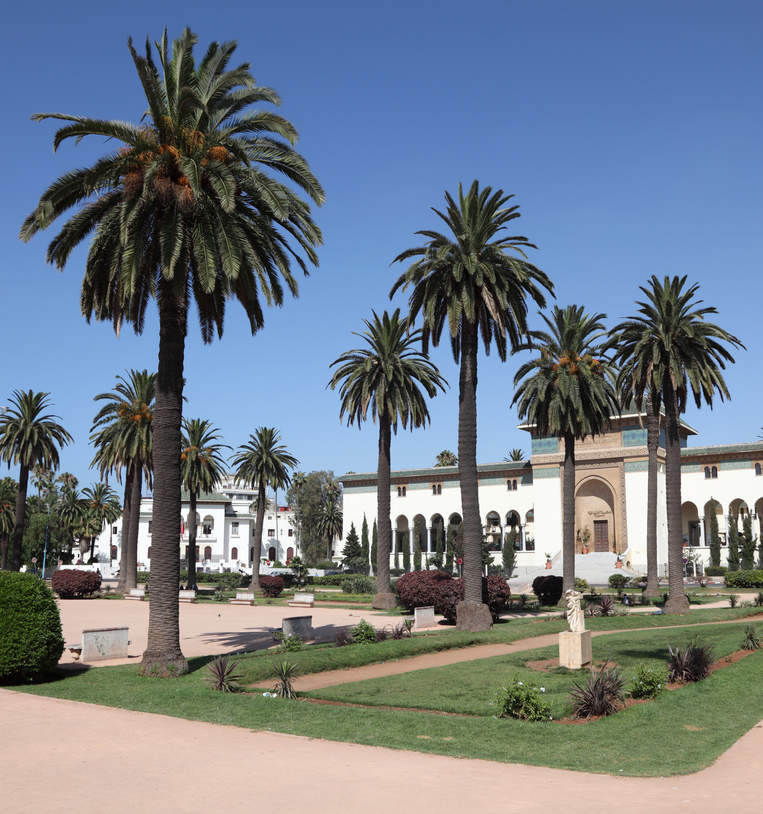 For the art deco style

Casablanca was planned by the French and meant to display their prowess and dreams for Africa. When they left Morocco in 1956, their legacy included a downtown full of art-deco gems. In the pedestrian-friendly downtown, architecture buffs can discover the Palais de Justice and the Wilaya clock tower, and pop into the Grande Poste to see the French-colonial interiors. 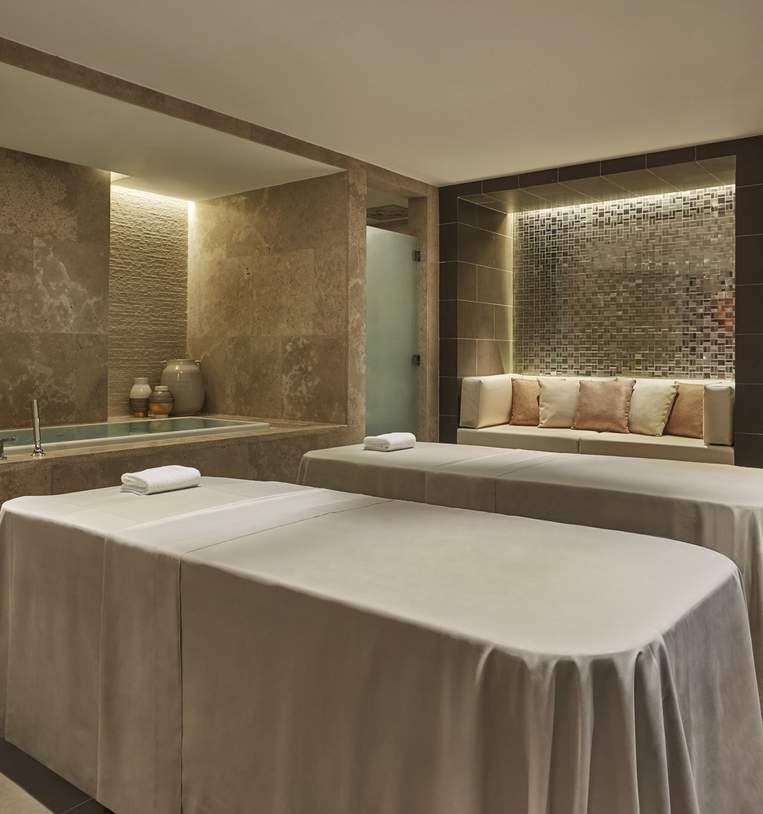 A classic Moroccan steam-bath ritual calls for a borderline aggressive scrubdown; you can opt for the task-oriented experience at a neighbourhood hammam, or a more relaxing version at a luxury spa like the Four Seasons’. Follow your all-over exfoliation with a massage using skin-nourishing argan oil — Morocco’s most famous beauty ingredient. 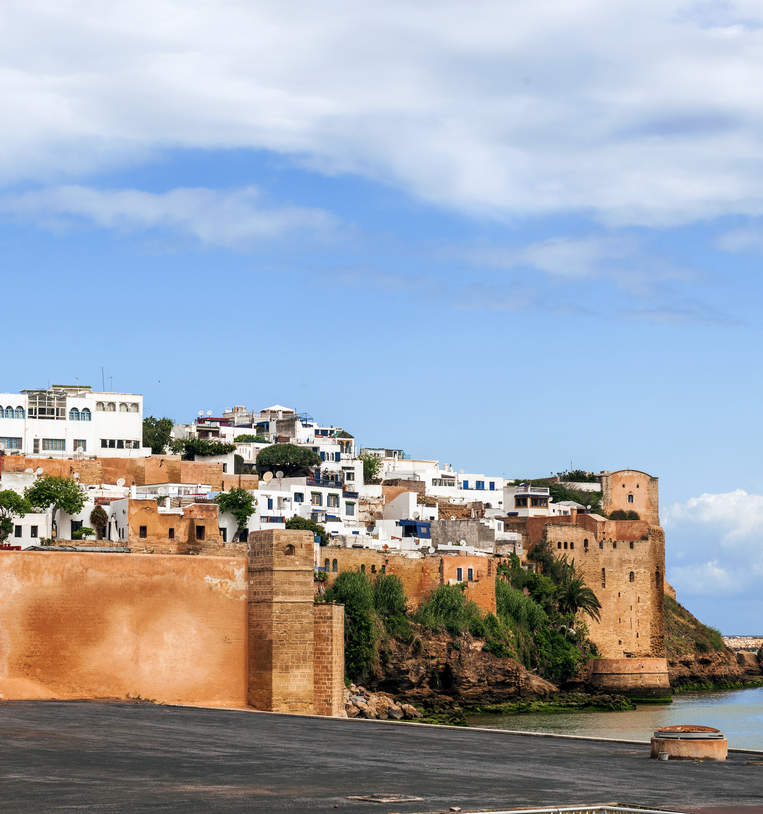 Just a one-hour train ride from Casablanca, Morocco’s capital city has something for culture seekers of all stripes. Check out the Roman-Moroccan ruin of the Chellah necropolis, the medieval kasbah towering over the mouth of the Bou Regreg river, or the new Musée Mohammed VI d’Art Moderne et Contemporain (opened in 2014). 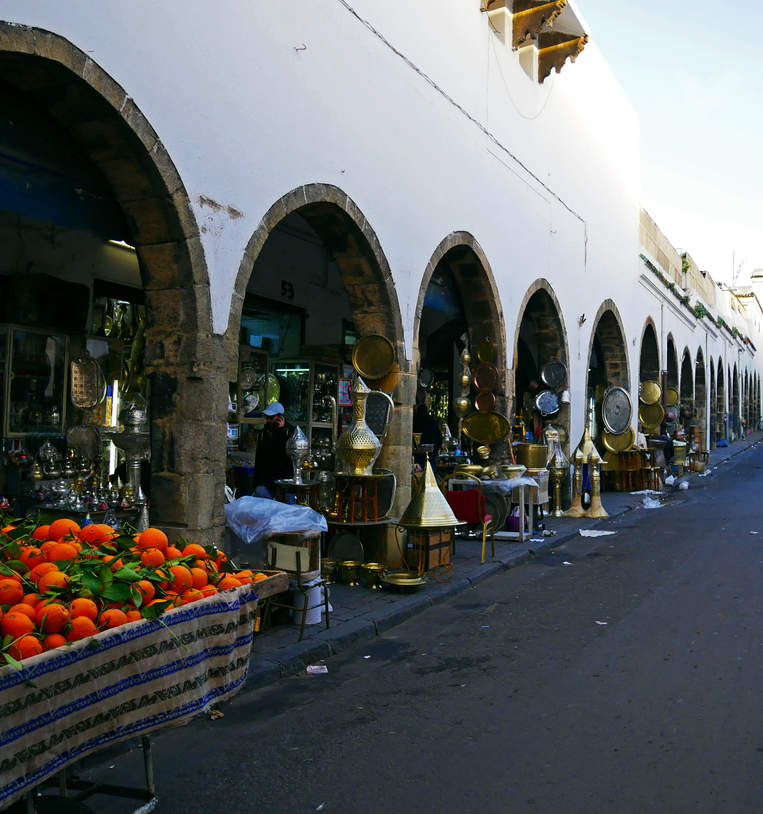 At this French-built outdoor shopping mall, also known as the new medina, you’ll find everything from hand-spun pottery from Fez and Safi to carved cedar statues from the Middle and High Atlas Mountains. Surprisingly, it’s also one of the best places in Morocco to find a handwoven Berber carpet. Before you go, stop by Pâtisserie Bennis Habous, beloved for its cornes de gazelle since 1930.

At first glance, this looks like a mega-supermarket, but this 9,700-square-foot “solidarity market” is a pilot project launched in 2017 by the Mohammed V Foundation. Aisle after aisle is stocked with fair-trade products from Moroccan women’s co-operatives — about 4,000 items from 200 co-ops in all, covering packaged foods, cosmetics, textiles and much more.

Marrying her Moroccan heritage with her knowledge of French fashion (her resumé includes stints with Sonia Rykiel and Christian Dior), Casablanca-based designer Zineb Britel has reinvented the babouche. The result is a line of handcrafted mules, elevated with embellishments to style-statement status. 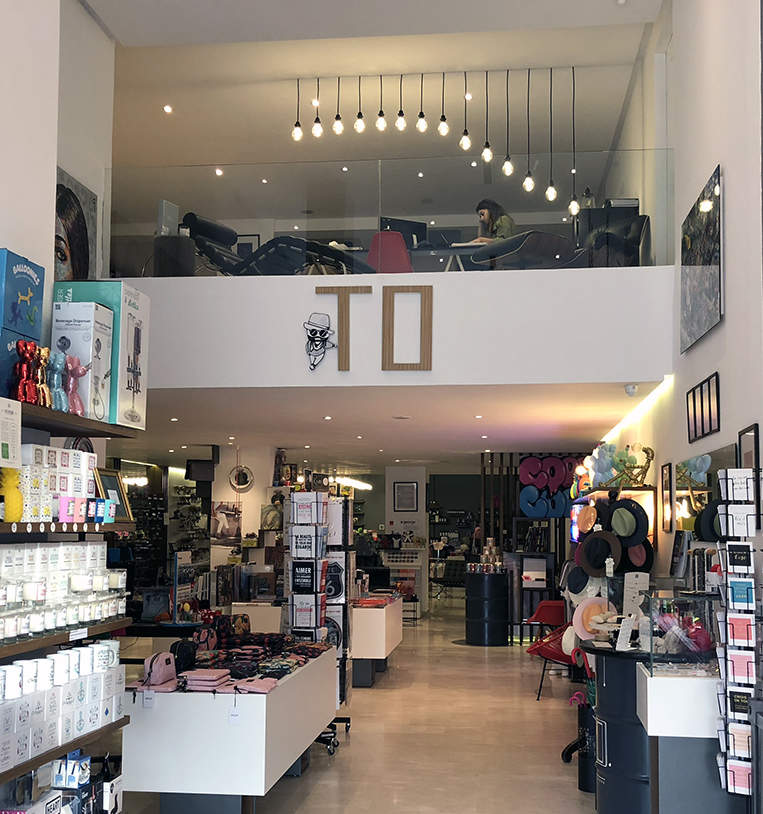 Inspired by Colette in Paris and launched by ex-restaurateur Toufic Reda, this concept shop aims to allow Casablancans to travel vicariously — by way of discovering cool stuff imported from around the world. The quirky giftables include T-shirts and sunglasses, gadgets, books, jewellery and candles. 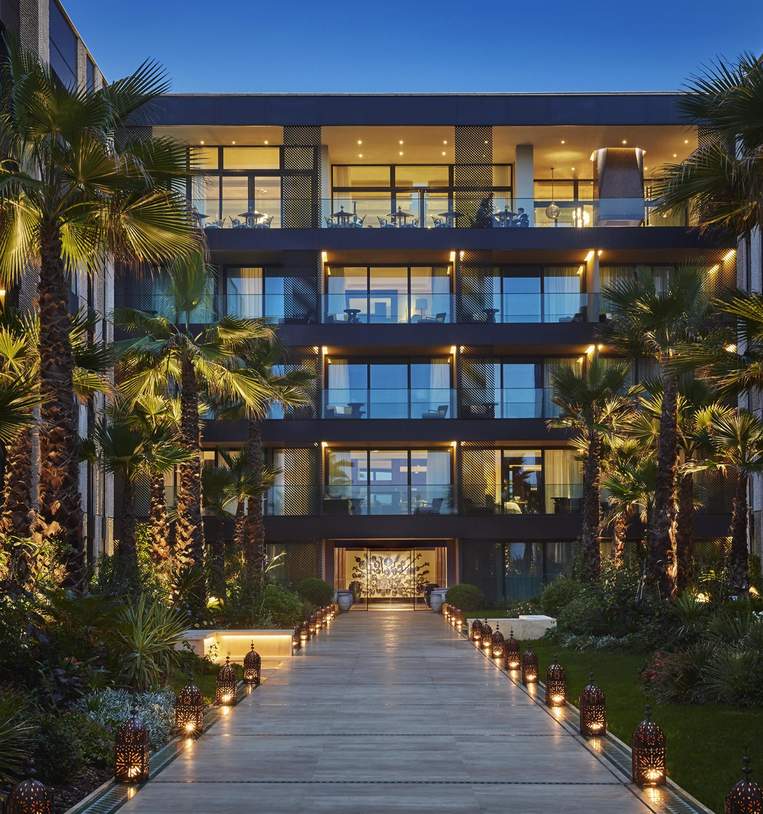 For the seaside escape

You couldn’t stay much closer to the beach than at this elegant hotel retreat, set right on the Boulevard de la Corniche. It’s all about the ocean here, from your room’s views of the Atlantic to the fare at Bleu, the Mediterrean restaurant, where “the sea on a platter” is on the menu.

For a business stay

Located in Casablanca’s commercial centre, this new 138-room hotel has most of the amenities a business traveller might need — 24-hour reception, meeting rooms, restaurants and bars — at accessible rates. It’s upgraded with a contemporary chic atmosphere, dreamed up by internationally acclaimed French hotel designer Christophe Pillet. 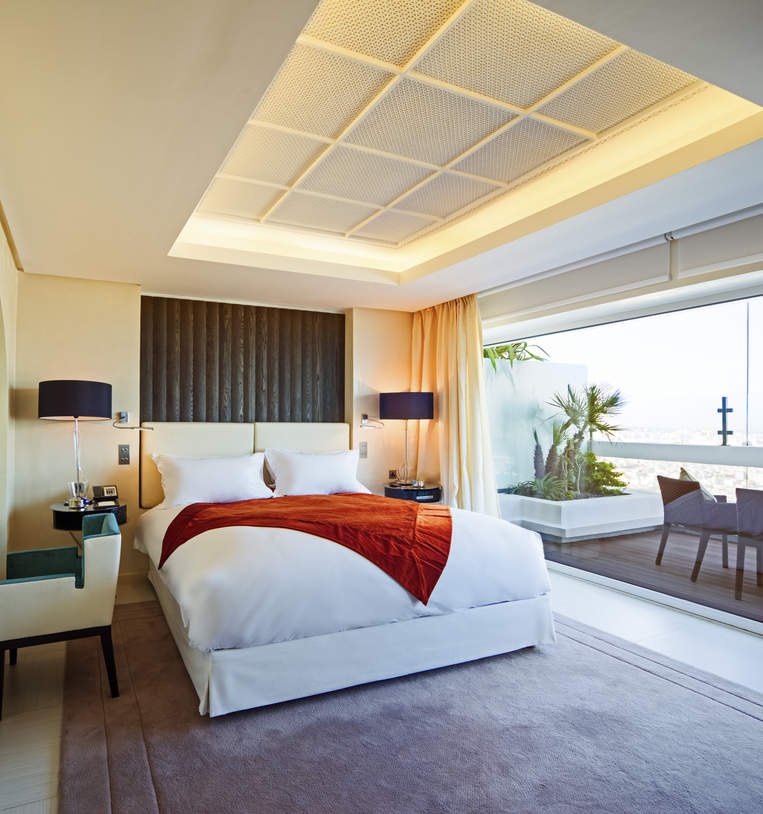 A room with a view is an understatement here: At this five-star with French-Moroccan flair, you can book a suite with a spacious terrace overlooking the old medina, Hassan II Mosque and the ocean. Even more glorious: the 1,500-square-foot penthouse apartment, which comes with a terrace nearly as big as the indoor space. 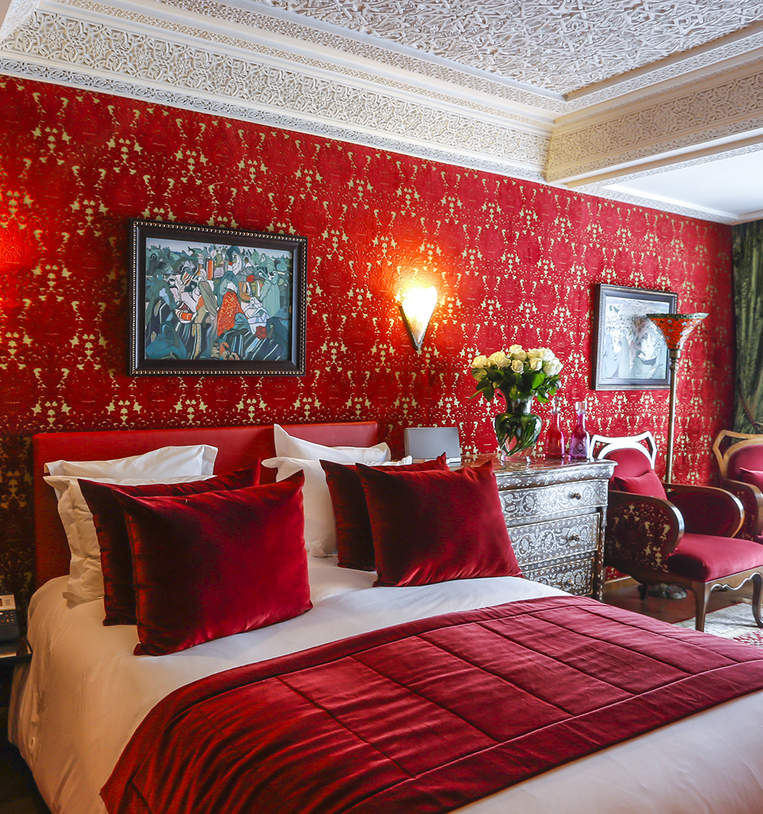 For the boutique setting

This hotel was a circa-1930s mansion, reputedly built by an Italian architect for his wife. Today, it pays tribute to the past by taking visual inspiration from an art-deco artist for each of its 16 rooms and suites. Expect bold design features, such as patterned wallpaper, splashes of vivid colour and retro furnishings.

Ideal for those travelling with a kid or two, this comfortable hotel offers suites that are larger than most — around 500 square feet. That’s plenty of space to contain the convenient kitchenette and a separate seating area. Opt for a room with a balcony overlooking Parc de la Ligue Arabe below.

The local l’Office National des Chemins de Fer (ONCF) train connects the Mohammed V International Airport to downtown Casablanca for 42 dirhams (about $5) and takes approximately 45 minutes. A taxi will get you downtown for around 250 dirhams (about $35) and will take 30 to 60 minutes, depending on the traffic.

A one-way fare on the Casablanca Tramway is 6 dirhams (less than $1). Tickets can be purchased at the stations. Visitors can also buy a rechargeable card for 15 dirhams (about $2), and charge their card for 6 dirhams per trip.

Two types of taxis operate in Morocco: grand taxis and petit taxis. Grand taxis only connect with destinations outside the city, including the airport. The iconic red petit taxis shuttle around Casablanca and are easy to hail on major arteries, though they can be scarce late at night. Use the Careem app, which connects with over 1,000 taxi drivers; as a backup, Heetch is the less-used alternative. Uber and Lyft are not available in Morocco.