Behind a stone wall that once surrounded an ancient temple, servers deliver foie-gras-stuffed rigatoni, pork belly and toasted popcorn dunked in enoki-mushroom purée. Five courses are $110 and can take a couple of hours to be served from beginning to end. 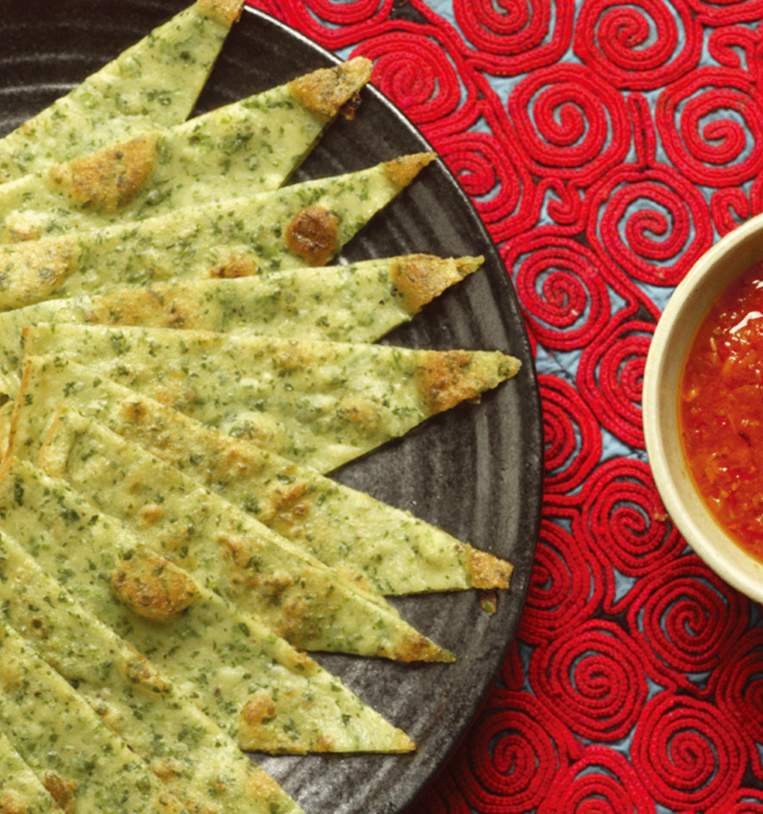 For the Yunnanese flavours 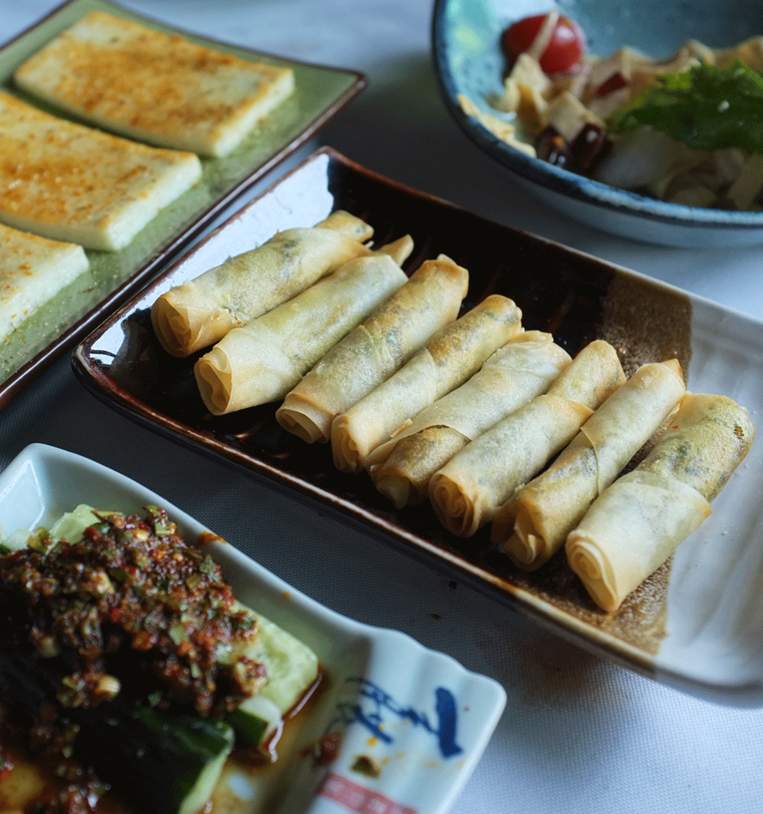 For the alfresco dining

Come here for the creative prix fixe and the cobbled courtyard; at least six months a year, it’s the most tranquil open-air dining experience in town. Servers inquire about allergies or aversions before bringing five freshly conceived dishes, like tofu “fettucine” in stewed peppers or spicy fried chicken with sesame-dusted French fries. Reserve in advance.

For the Peking duck

The wood-fired duck is carved at your table at this moody banquet hall. The crispy skin comes off first (to be dipped in sugar), followed by the tender meat, which is sliced from the breast and served with pancakes, vegetables and garlic sauces. 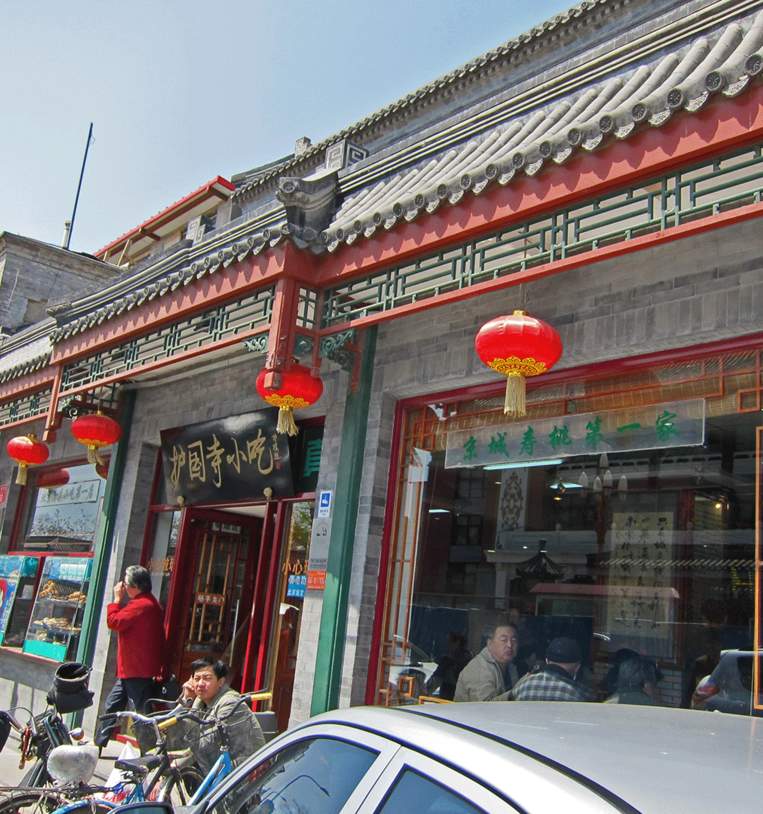 For the deep-fried bites

Elbow through crowds to the counter and point at what you want, from deep-fried pastry brushed to a candied gloss to savouries like sesame buns stuffed with shaved beef – the Chinese version of sliders.

For the Beijing dumplings

In the hutongs above Beixingqiao metro, aromas from a hundred grills, pots and woks mingle in the smoky air. The so-called Third Alley is beloved for this low-key eatery, which packs in parties for its coal-fired cauldrons. Order the hotpots, and you’ll get dishes of paper-thin-sliced meat, vegetables and crinkly tofu skin.

Breads at this Taiwanese bakery are a cross between bagels and doughnuts: not too sweet, flavoured with traditional Asian goji and durian and riotously coloured. (The shop’s name comes from the Chinese word for seven colours of the rainbow.) Try the matcha rolls stuffed with frozen cream.

For the green space

This network of parks, bridged ponds and fruit trees is worth a visit, but the latest draw is the jet-black Chaoyang Park Plaza development. Take in views of the city from the main building’s top-floor observatory.

For the cocktails and sunset views

The ear-popping elevator takes you up 80 storeys to a vista of glittering skyscrapers, massive sprawl and sunsets in 20 shades of pink. Sip a handcrafted cocktail and take in views from the city’s highest watering hole.

For the urban sanctuary

Stroll through this tranquil 700-year-old community of lacquer-red halls with gilded artichoke-leaf eaves. The five-acre site sits at the end of a traditional street shaded by locust trees. Come for a respite after a street snack or before drinks in lively Fen Si Ting Hu Tong.

For the shopping and people-watching

Go to this shopping district for the local outpost of Dover Street Market, called IT Market, and stay for the people-watching. Shopping is Beijing’s favourite sport, and its players offer some of China’s best entertainment, thanks to their outrageous style and capacity for hauling a dozen branded bags at once. Start at Sanlitun North Area, and migrate down to Bar Street for cocktails at a dimly lit speakeasy.

Galleries, studios and art centres cluster in this former factory district northeast of the centre, also known as Dashanzi. Hive Art highlights up-and-comers in a vaulted warehouse crawling with greenery. Follow the maze of boutique spaces to the Ullens Center for Contemporary Art, home to big-time Asian artists and a design shop. 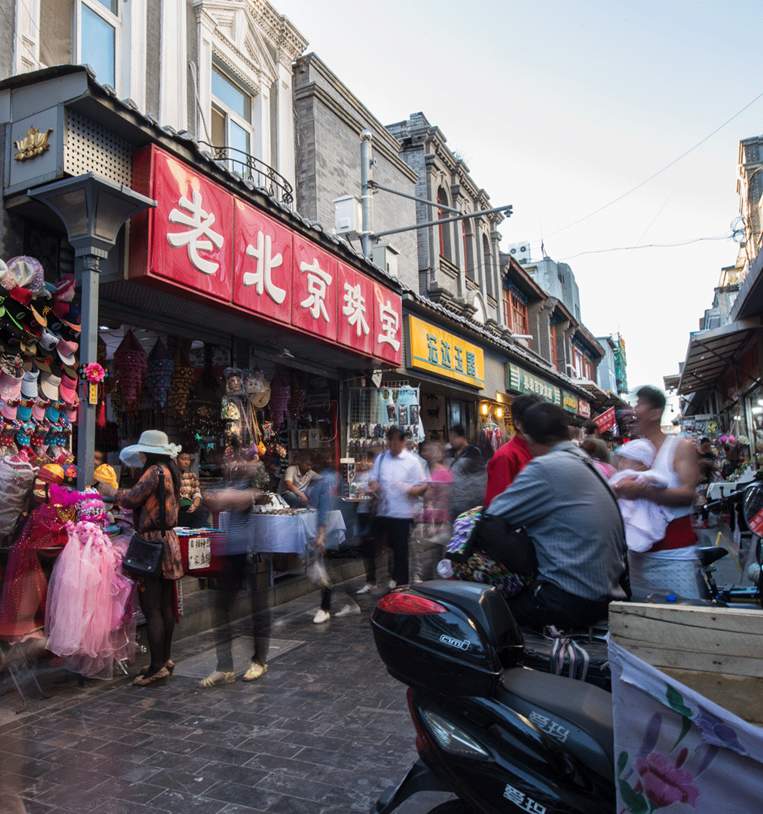 For the grassroots design

Explore Dashilar West Street and Yangmeizhu, where upstart designers and artists occupy the defunct printing houses; their workshops and galleries are open to walk-ins. Then take tea at Meeting Someone, where art installations hang from the ceiling.

The minimalist rooms are done up in neutral timber and come equipped with deep tubs and a minibar stocked with local goodies. While the Sanlitun action rages outside, sequester yourself in the main-floor library or in the Drawing Room, where tea is served all afternoon.

For the best art

This five-star hotel lies outside the city centre but is handy to the scene at the 798 Art Zone. Cleverly backlit art and textiles glow blue and white, a nod to Ming dynasty esthetics. Browse the hotel’s art collection, featuring works from renowned Chinese artists.

A 10-minute walk from the Forbidden City, this hotel offers sunny rooms equipped with bathrobes and Japanese toilets. (Some of the rooms also come with views of the imperial palace.) You’ll appreciate the helpful staff as they map out your Great Wall trek and send you off with a packed lunch.

For the neighbourhood vibe

The reception at this hotel, tucked on a residential lane, is staffed with savvy millennials who arm you with a map and insider tips, then invite you to join them for a beer when you return from your outing. Your room beckons, though, with its sleek furnishings, antique-stone walls and garden views.

For the peace and quiet

Lounge by the tree-fringed pool, book an exfoliating spa treatment or practise yoga with a private instructor at this Zen-inducing hotel. In your moody dark-panelled room, sink into the soaker tub while complimentary video-on-demand streams from the bathroom TV; then don your bathrobe and take in the skyline views.

Night owls get the most out of staying in the social heart of clubby Sanlitun. The basement trattoria, Sureño, and the lobby bar are destinations in their own right. Refresh with a rinse in your rain shower (or deep soaker tub) and a cup of complimentary French press coffee.

For the courtyard lifestyle

Enjoy breakfast on the deck, overlooking the neighbours’ clay rooftops. Rooms at this restored courtyard mansion have modest furniture and maintain their historic charm. Explore nearby shopping and ancient temples.

Beijing Capital International Airport is about 35 kilometres outside the city centre. Express trains leave Terminals 2 and 3 for a central metro stop every 15 minutes; the journey takes 20 minutes. A licensed taxi from a designated stand outside each terminal will do the 45-minute drive for less than CNY130. Make sure you have your hotel address in English and Chinese.

Beijing’s 18 metro lines are cheap, clean and well marked in English for easy navigation. Prices range according to distance, starting at CNY3 and rarely more than CNY5. Smart Cards require a CNY20 deposit. Download the Explore Beijing app for maps and directions or visit travelchinaguide.com for more information.

Designated cars with roof lights abound in Beijing; look for the driver’s registration number displayed on the passenger side of the dashboard to ensure it’s an official taxi. You can find them waiting outside most hotels. (There’s no guarantee they’ll stop if you try to hail one.) Make sure you have your destination address in English and Chinese. Beijing taxi meters start at CNY13 to CNY20. Ask for a fapiao if you’d like a receipt. There is a local version of Uber called Didi Chuxing, but registering requires local bank details.

Nick Ma returned to his home city of Beijing in 2014, after living in Vancouver for 10 years. But he didn’t leave Canada behind: In March, he opened a bar called Out of Step in the popular shopping and eating area of Sanlitun, where they’re currently importing beers from five different Vancouver craft breweries. “Beijing is busy and fast, but we’ve formed a strong community in Sanlitun.”

The owner has operated this shop for years, and there are now four locations in Beijing. The small one in Sanlitun is packed with clothes, but they have old-fashioned neon lights, too, that are the first thing you see. I bought a 1980s army-style T-shirt, and a leather wallet with a silver snap from the ’50s.

Mega Vintage’s owner introduced me to this spot — they’re in the same shopping plaza. It’s like a classic U.S. barbershop with retro leather chairs, and they do the old-fashioned haircuts that are popular these days: shaved on the sides and longer on top. They sell their own brand of hair wax, which is unscented and easy to style with.

I normally go to this restaurant twice a week for Hainanese chicken, which is poached and served with rice and soup. Food in Beijing can be salty, but this is light and you can really taste the chicken. The interior is simple, with black and white floor tiles and an open kitchen; it reminds me of the 1980s Hong Kong movies I watched as a kid.

There’s always a lineup for the noodles here, so I like to go for lunch before we open up the bar. The signature dish is chilli pork noodles, and I like their pork ribs, too. I pair my order with a refreshing and not-too-sweet apricot juice.