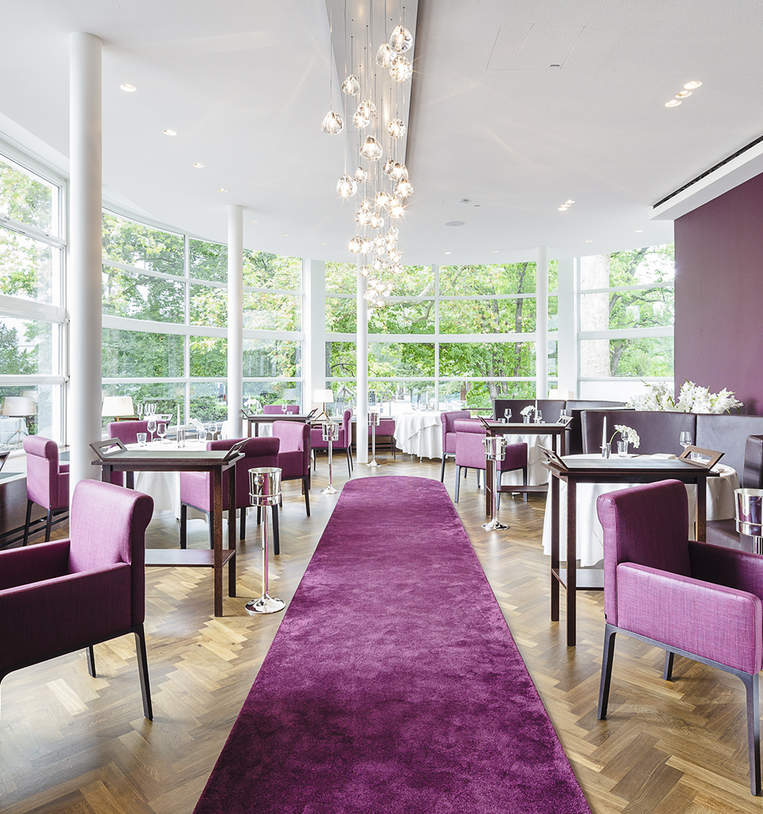 For the indulgent prix fixe

Reservations are a must at Andreas Krolik’s two-Michelin-starred restaurant specializing in contemporary plates – including a vegan menu – with Mediterranean flair. For a treat, try the four- to seven-course degustation menu, featuring such dishes as marinated Norway lobster with caviar and iced burrata. The wine cellar includes vintages from Château Lafleur; a selection of German wines is available by the glass. 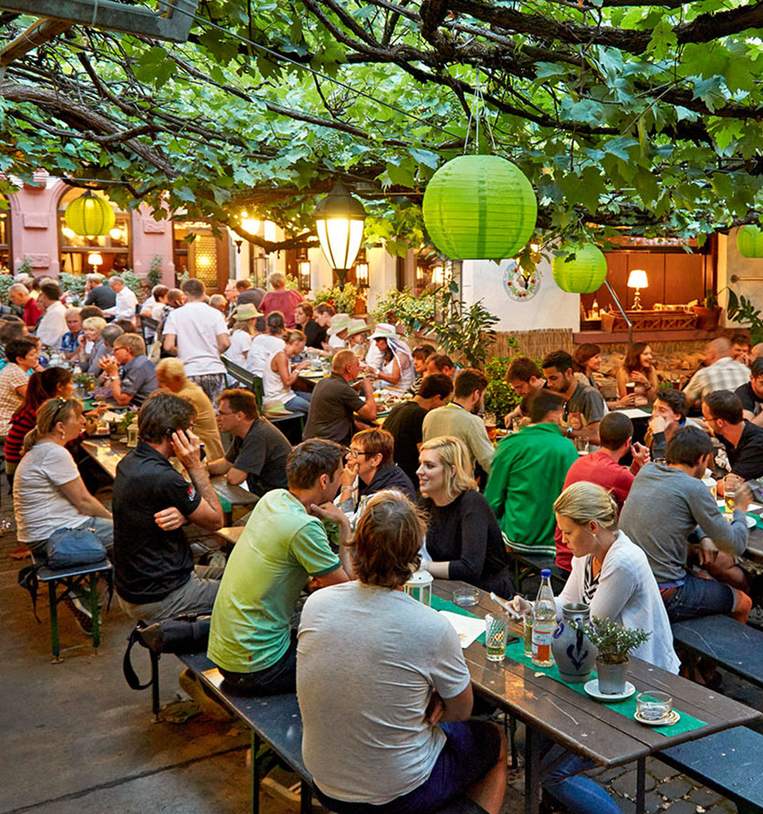 For the local sour cider

Germany is known for beer halls and beer gardens, but in Frankfurt the traditional tipple is apfelwein (apple wine), a sour flat cider served in ribbed glasses. Here, the drink is dispensed from blue- and grey-glazed flagons at the counter of this wood-panelled bar, which stocks over 100 varieties. On summer evenings, arrive early to snag a seat in the courtyard. 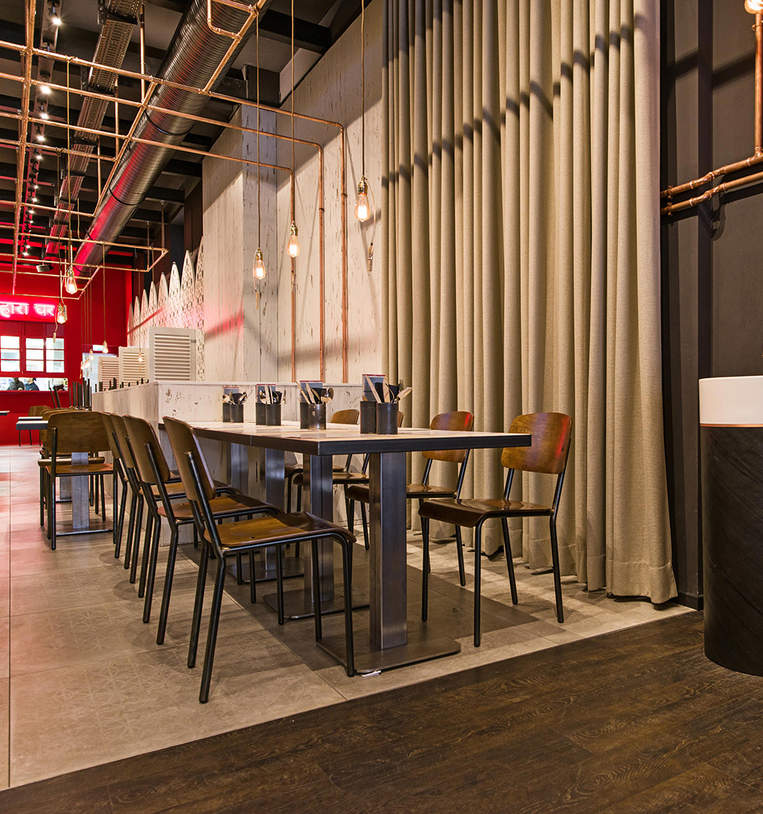 For the Indian street food 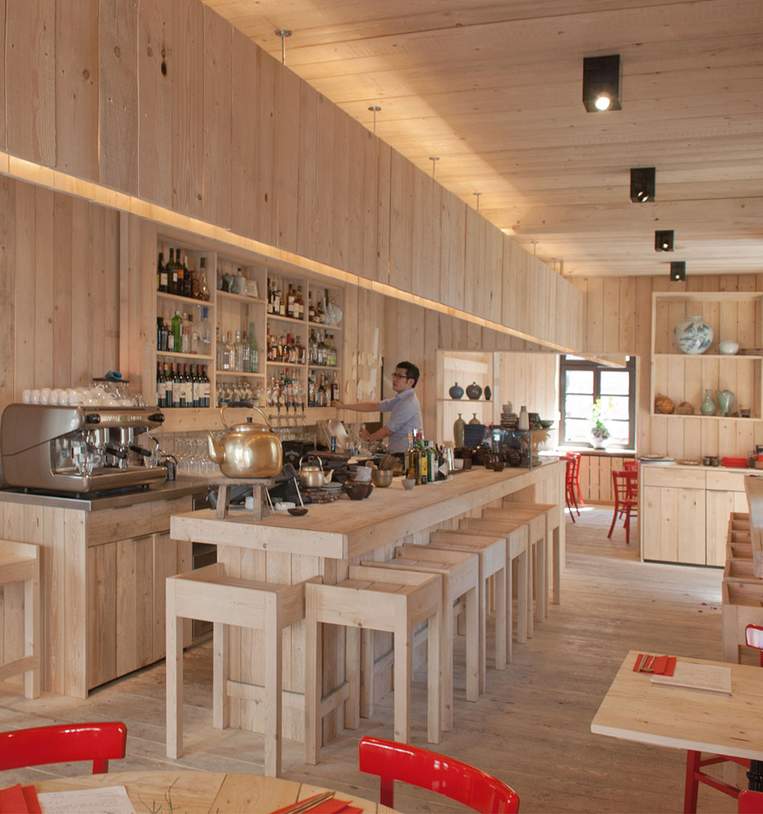 For the classic bulgogi

Decorated in pine from floor to ceiling, this casual, cash-only eatery serves classic Korean dishes. Dig into bulgogi (marinated beef served with vegetables) and bibimbap (rice topped with vegetables and chicken), while oldies by the likes of the Beatles and Otis Redding play through the speakers. 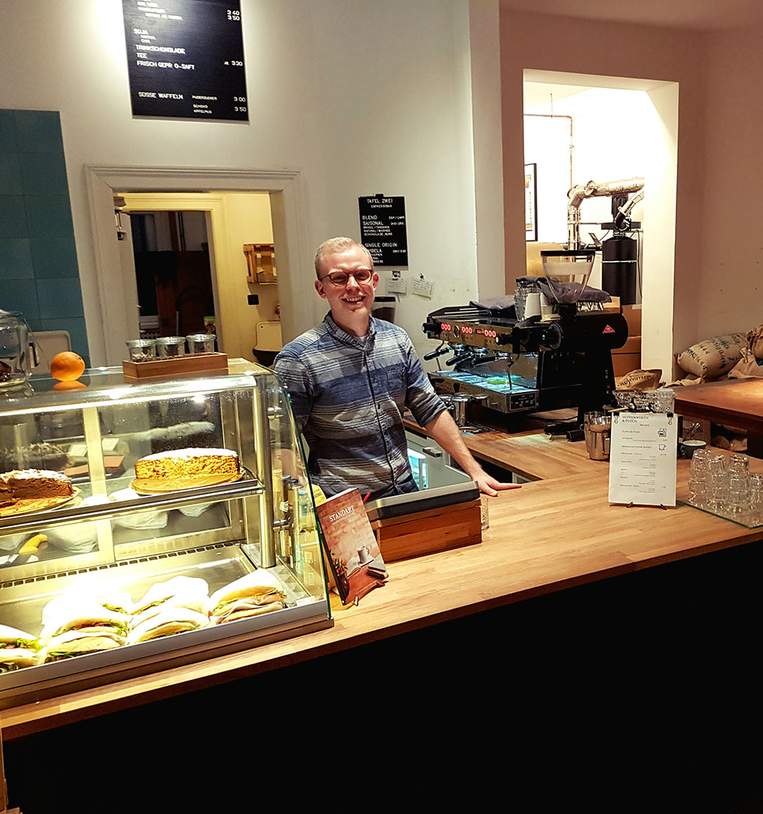 For the third-wave coffee

Sip coffee made from single-origin beans roasted in-house amid this shop’s chic interior; think exposed brick and white walls. The drinks pair perfectly with a panini, homemade cake or waffle with Nutella. Don’t leave without taking a bag of beans to go. 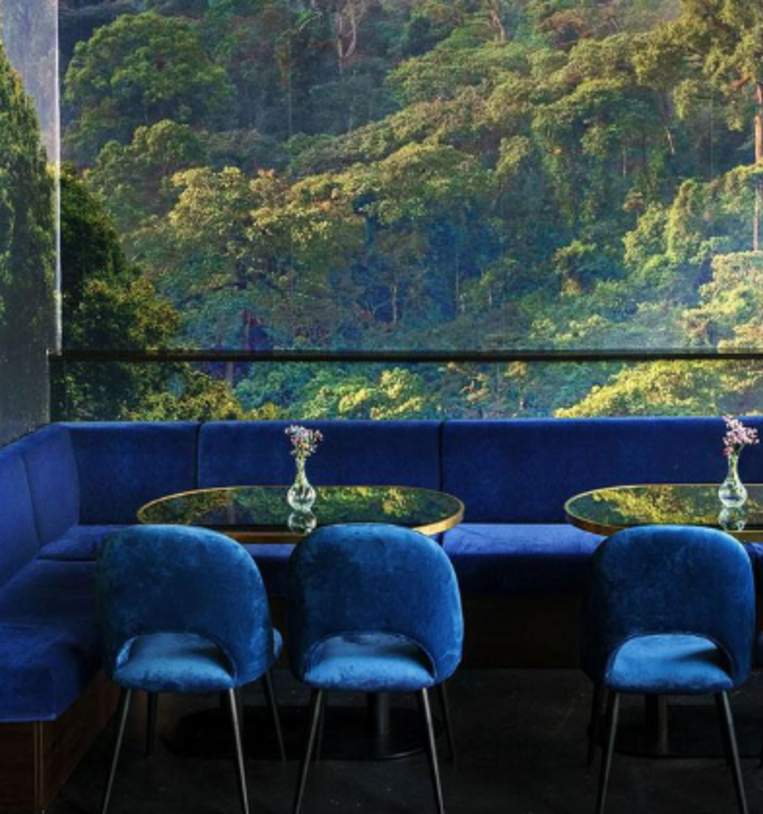 For the passion-fruit caipirinha

In Frankfurt’s newly reconstructed medieval old town, you will find “Heart of Frankfurt,” a classy café by day and stylish bar by night. Enjoy a quintessential German breakfast of bread and meats or cheeses, an afternoon coffee with vegan cheesecake, or a passion-fruit caipirinha – all under a stunning canopy of hanging plants. 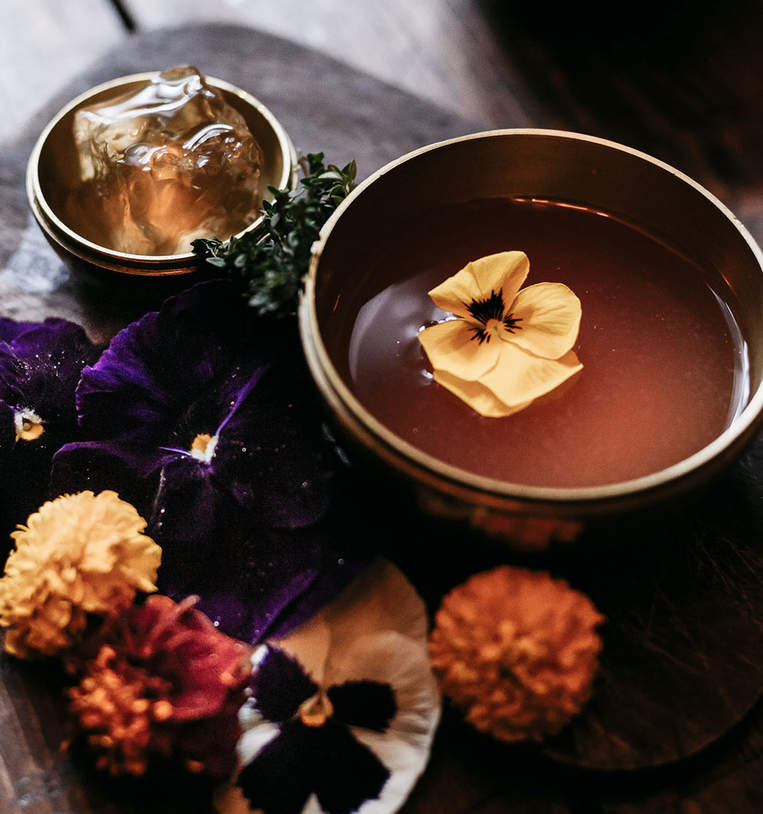 For the superlative cocktails

Named Bar of the Year 2020 by Mixology magazine, the Kinly is a cozy speakeasy hidden behind an inconspicuous door in the red-light district, a hub of Frankfurt’s hippest nightspots. Try the city’s best cocktails, such as the Communal, a blend of single-malt Scotch whisky, coffee, horseradish, verjus and purple sweet potato. 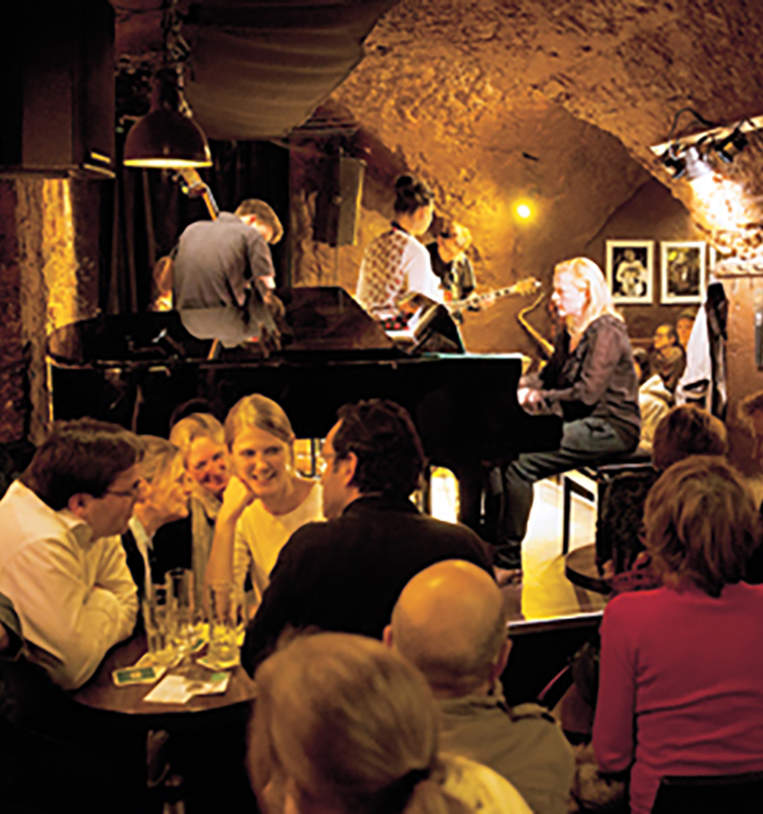 For the live jazz

Louis Armstrong is among the many stars to have visited this intimate underground jazz club. Open only for events, live gigs are held most nights, and a DJ lays down soul and funk tracks on Fridays. Buy tickets at the door an hour before the show, but get there early because it’s first-come, first-served. 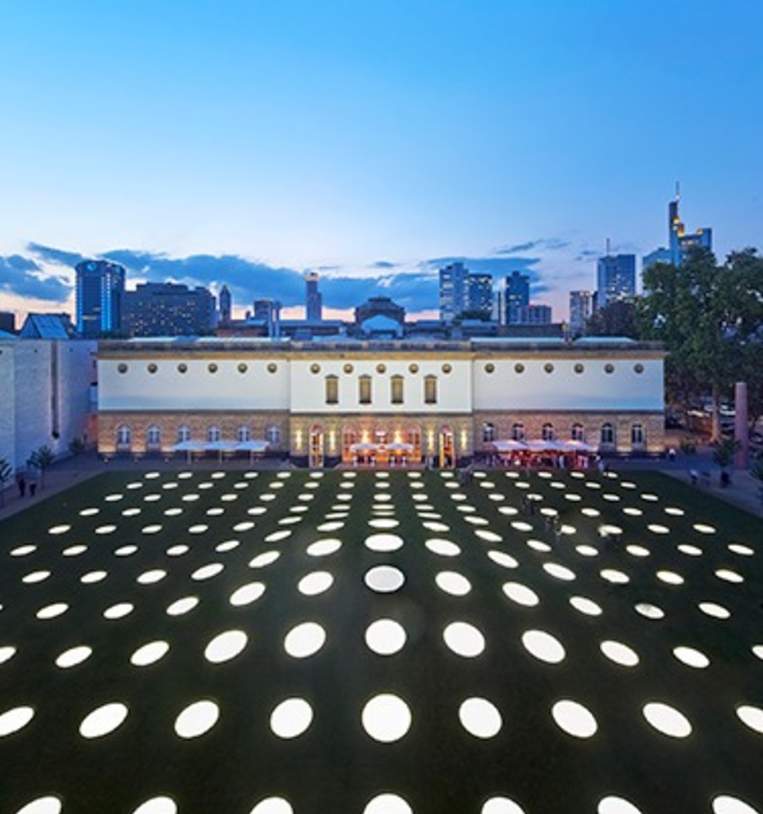 Founded by spice merchant and banker Johann Friedrich Städel, this historic building on the bank of the Main River houses one of Europe’s leading art museums. Galleries feature sculpture, etchings and photography as well as oil paintings by Johannes Vermeer, Max Beckmann and Gerhard Richter. Sip a coffee or tea at the self-serve café while taking in views of Frankfurt’s skyline. 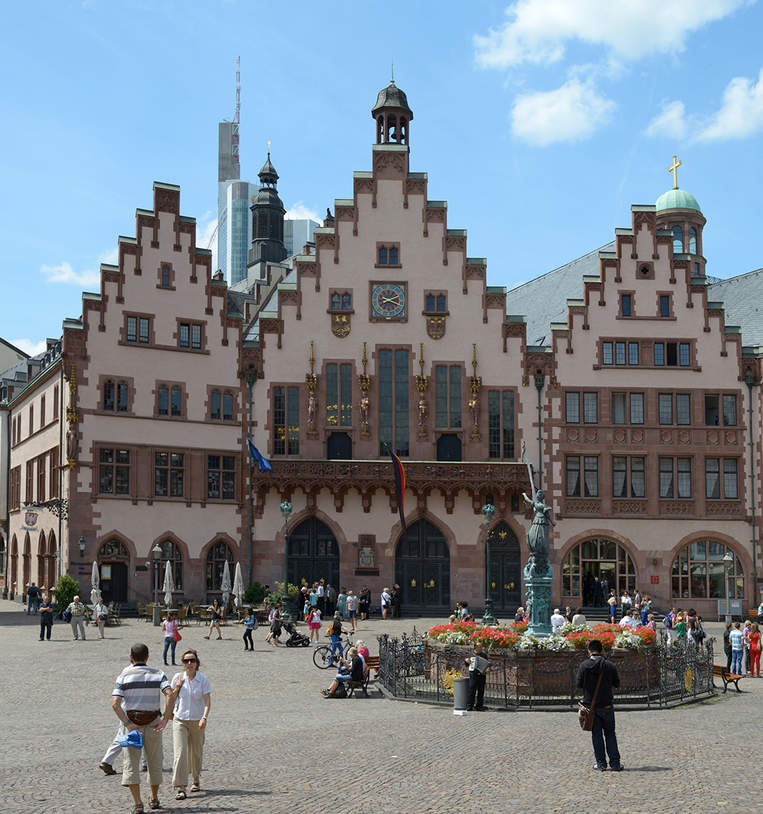 The Römer building and Römerberg

For the medieval architecture 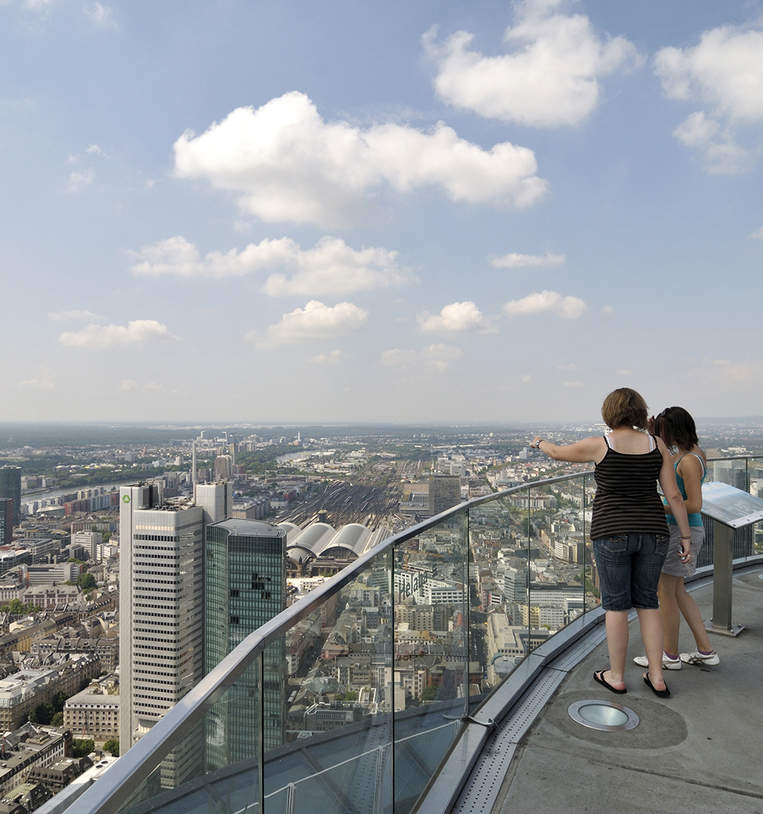 For the city views

See Frankfurt and its hinterland from the observation deck that spans the 55th and 56th floors. Head to the 53rd floor for a romantic dinner with views across the city. 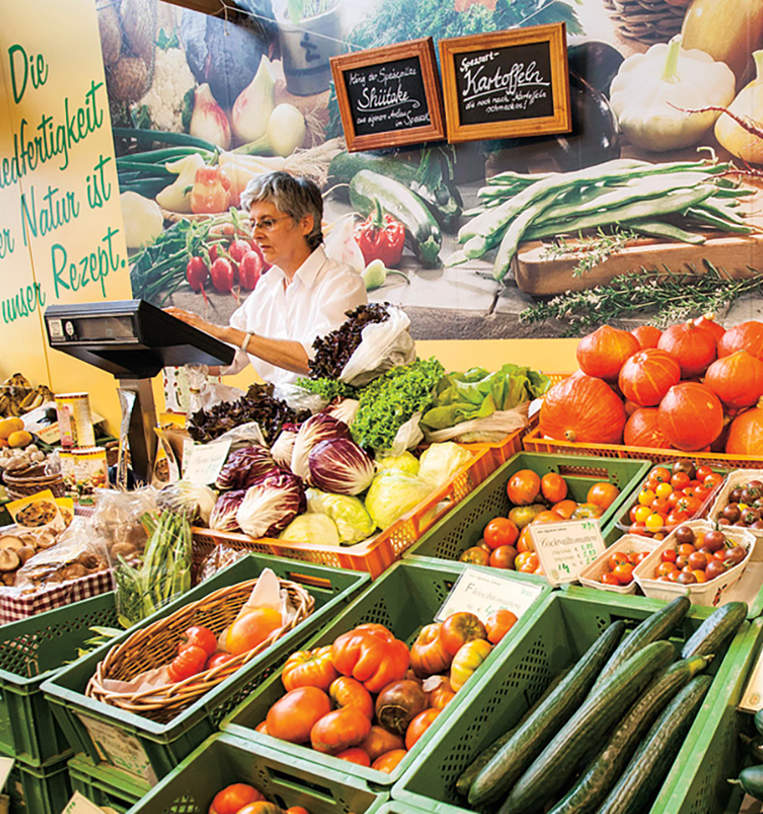 For the picnic fixings

Frankfurt’s legendary indoor market is chockablock with local delicacies, such as tangy mustards and apple-based spirits at Hessenshop; French Camembert and Spanish cheeses at Käse Thomas; and air-dried ham and regional salami sausage at the Feinkost Traulieb deli. 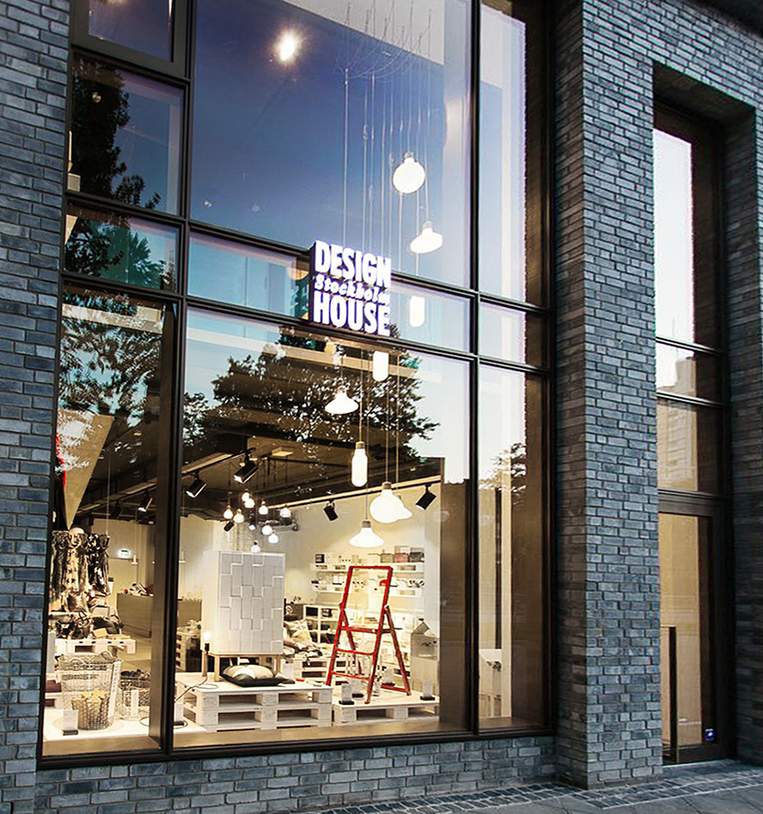 Browse clothing, gifts and housewares from leading Scandinavian designers, including Ragnheiður Ösp Sigurðardóttir’s knot cushions and Jesper Ståhl’s kitchenware in this sleek boutique. The trendy neighbourhood is also home to other design shops, including BoConcept. 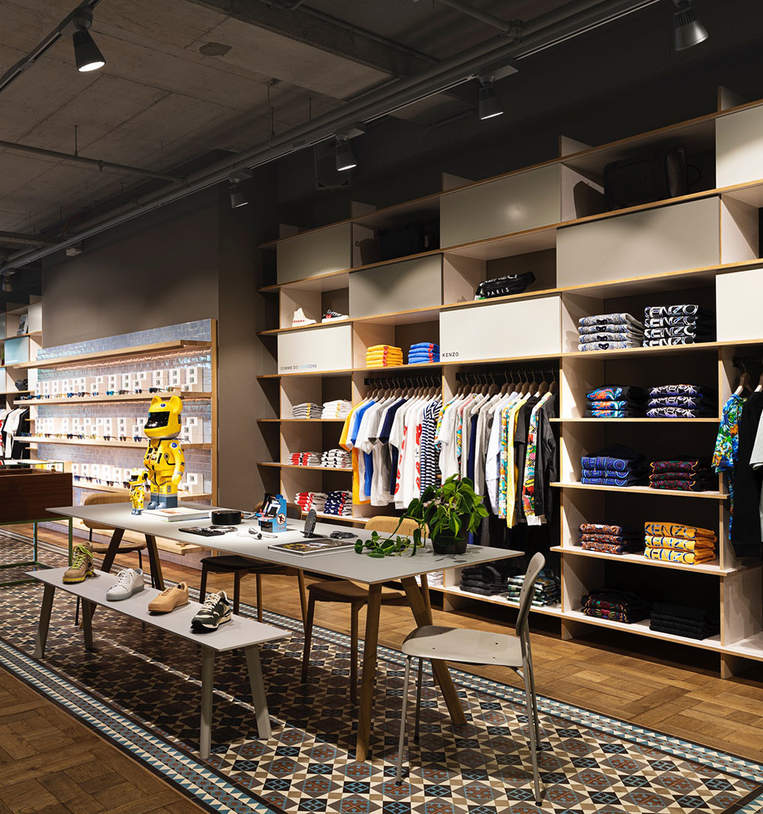 For the fashion-forward merch

Ask the city’s most fashionable people where they shop, and chances are they will rave about this spot. Inside an industrial-influenced space spread across two light-filled storeys, the boutique stocks an edited selection of international labels, including Alexa Chung, Common Projects and Helmut Lang. Stop by the café by day, or join one of the (infrequent) in-store parties by night. 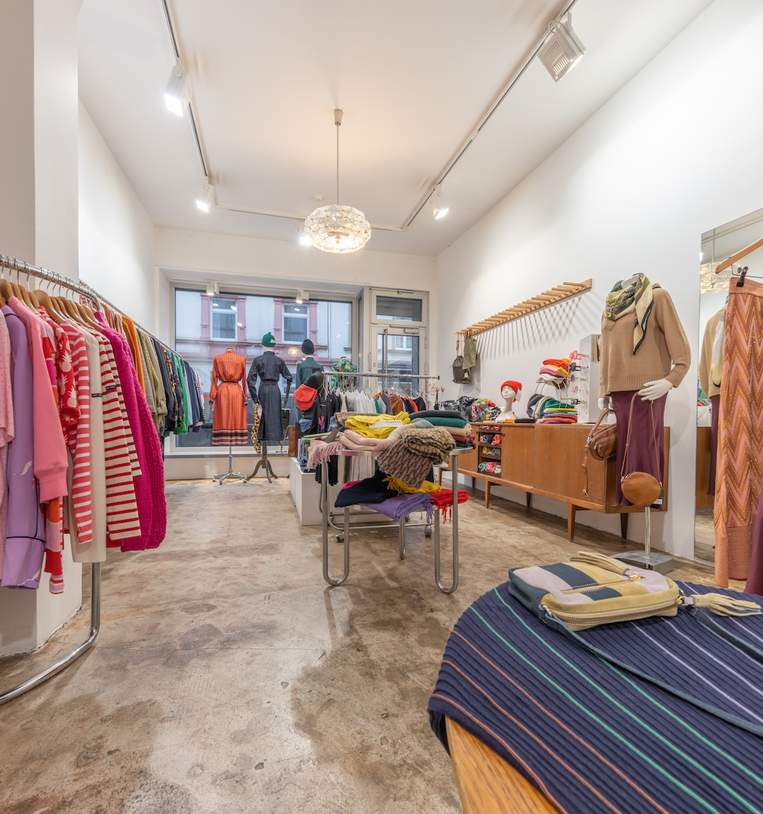 For the independent boutiques 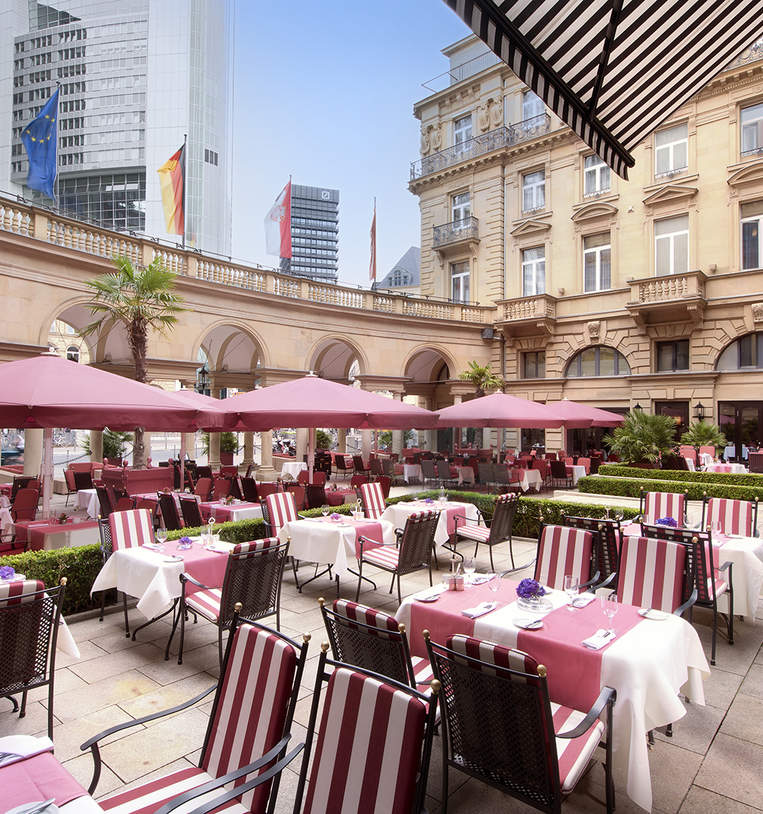 Built in 1876, this luxury hotel is steps away from the Imperial Cathedral of Saint Bartholomew and Frankfurt’s 600-year-old city hall. Book a grand deluxe room, which includes access to the day spa. Dine at the Michelin-starred Restaurant Français, then relax with a manhattan in the wood-panelled Authors’ Bar. 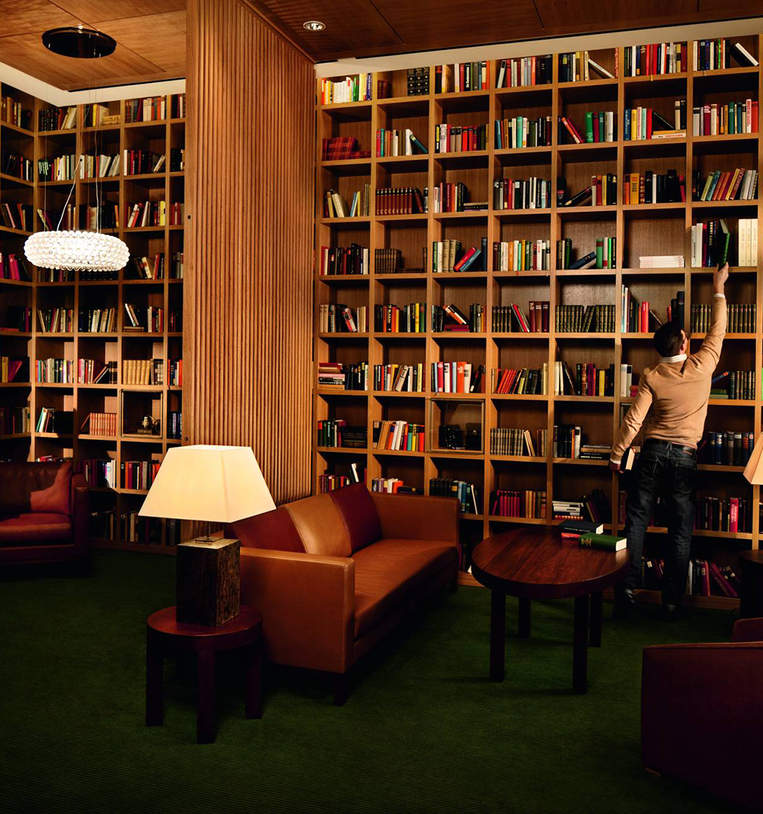 For the city views

Book a city-facing room in one of the upper floors of this 25-storey hotel, and enjoy the view along with your complimentary welcome drink. Start the day with toast topped with honey collected from rooftop beehives at the hotel’s open-kitchen restaurant, Max on One Grillroom. 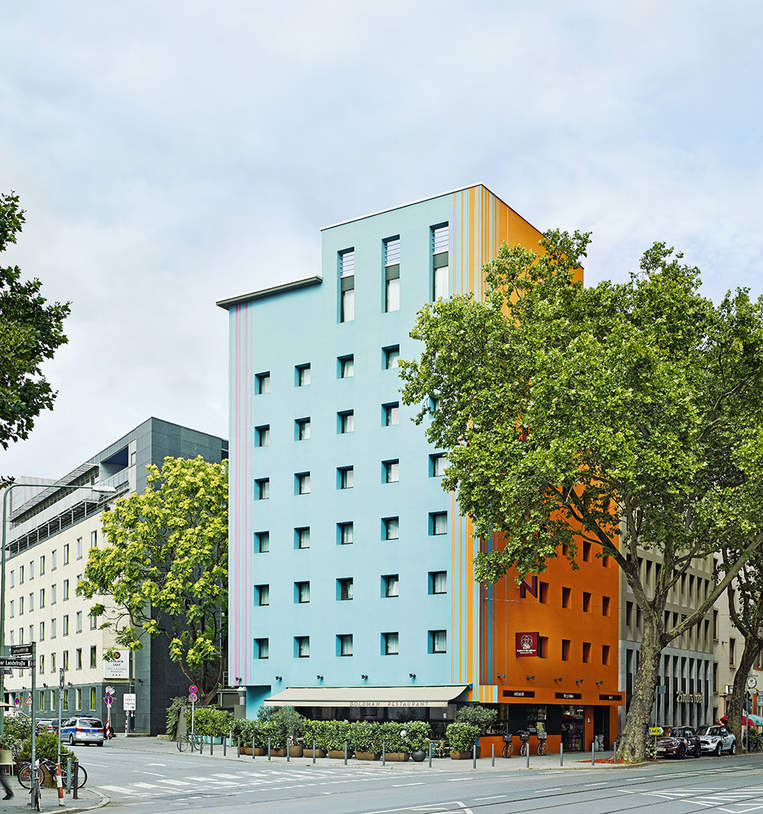 For the colourful quirkiness

You can’t miss this bright-orange and turquoise design hotel on the east side of the city. Each room has a unique decor scheme and is inspired by local personalities and international celebrities. Meet fellow guests in the dimly lit Oost bar, where funk and soul beats stoke the after-work crowd. Make use of the hotel’s bike and Mini rentals, perfect for exploring the city. 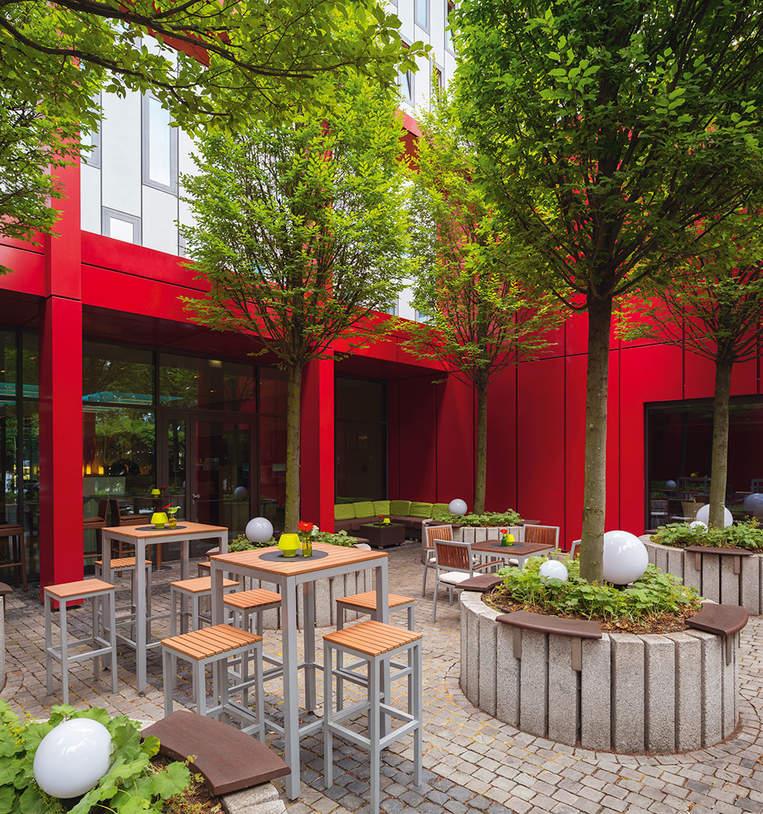 For the business convenience

Twelve bright meeting and conference rooms, plus its proximity to Messe Frankfurt, the convention centre, make this a popular hotel for business travellers. For dinner, tuck into Zürcher geschnetzeltes – veal served in cream sauce with rösti potatoes – at the Swiss-style Mövenpick Restaurant 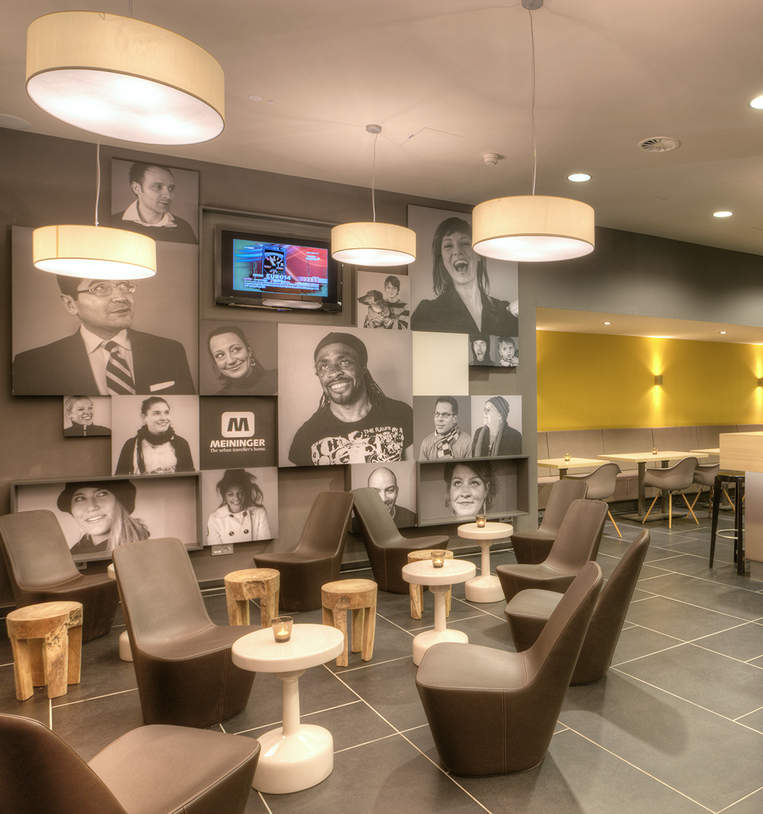 For the family-friendly features

There’s fun for the whole family at this modern budget hotel, less than a 15-minute drive from the Römerberg. Some guest rooms sleep up to six, and all include access to the communal kitchen. On rainy days, keep the kids entertained in the games room, complete with foosball, pool table and board games. Children five and younger stay for free. 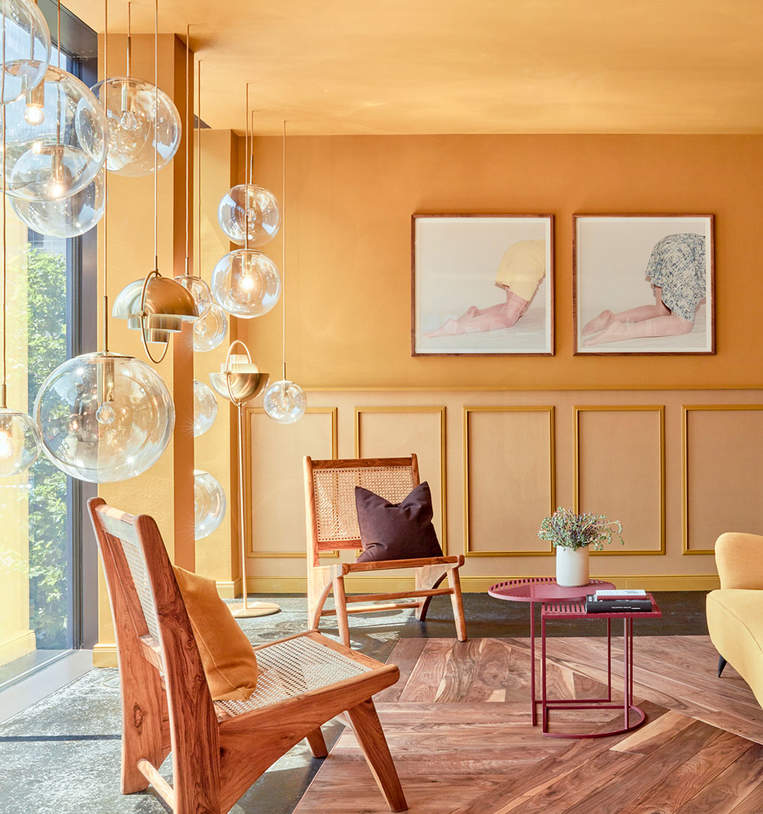 For the stylish communal spaces

The Lindley’s industrial facade is a tribute to the engineer who designed Frankfurt’s canal system in the 1800s. Enjoy the welcoming communal spaces: Take a record from your room to play in the Parlour lounge, or enjoy seasonal vegetarian and vegan food in the Leuchtendroter bakery, restaurant and bar.

Frankfurt Airport (FRA) is a 20-minute drive southwest of the city. The nearby Frankfurter Kreuz, Germany’s busiest highway, provides access to roads leading to destinations around the country. (The A5 and B43 highways are the main access roads to the city.)

Taxis cost around €30–€35 from the airport to the city centre, depending on traffic and exact destination.

The RMV’s integrated public transit network of overground and underground trains, trams and buses provides a convenient way of getting around the city and its suburbs. There are numerous zoned fare options, including day tickets for unlimited journeys.
A Frankfurt Card includes travel on all public transit in the city and to the airport, as well as a 50 percent discount on participating tours and attractions. For individuals, a one-day ticket costs €11 and a two-day ticket €16; for groups of up to five people, a one-day ticket is €23 and a two-day is €33.

A ticket for travel throughout the state of Hessen (called a Hessenticket) costs €35 and covers up to five people.

Make use of a short-term bicycle rental at any time of the day by registering online with Call a Bike. After you pay an annual registration fee of €3, each half hour costs €1. A 24-hour tariff, costing €15 for unlimited use during that period, is also available.

E-scooter rentals are another popular way to get around, with several options – Tier, Lime and Sixt – operating in Frankfurt. Download one of the apps, scan your chosen e-scooter’s QR code and pay with a credit card or PayPal.

You can order a taxi from stands situated around the city centre. They are also located at Frankfurt Central Station and at the airport. You might be able to hail one on the street, but calling is often easier.