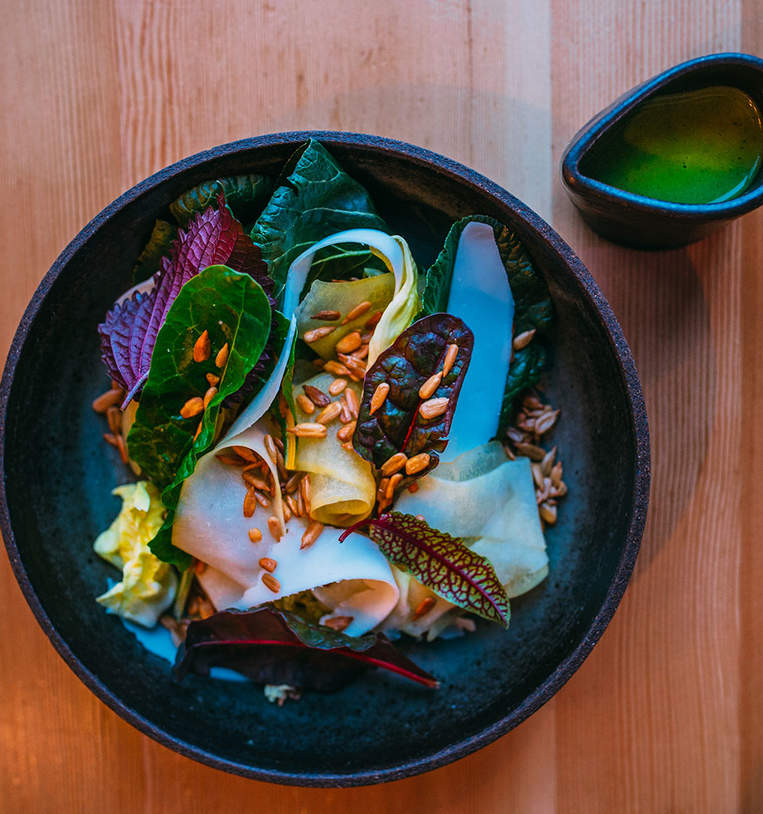 Chef Christine Sandford, alumna of the Michelin-starred In de Wulf, helms the kitchen at this restaurant, tucked inside a Ritchie Market brewery. Nothing on the menu is ordinary: Even the salads are masterful displays of colour and texture. Try the Humboldt squid with housemade sambal and black garlic glaze, the charcoal-grilled pork shoulder or sourdough nuggets topped with foamy Alpindon beer cheese – it’s impossible to pick a favourite.

For ramen with a local twist

At this subterranean shop on trendy 124 Street, wheat grown in central Alberta is used to make the ramen, topped with locally raised roasted or smoked pork. The dumpling of the day may be Alberta beef and lemongrass, while gouda from nearby Sylvan Star Cheese is a standout paired with housemade vegetable miso in the smoked-gouda noodle bowl. 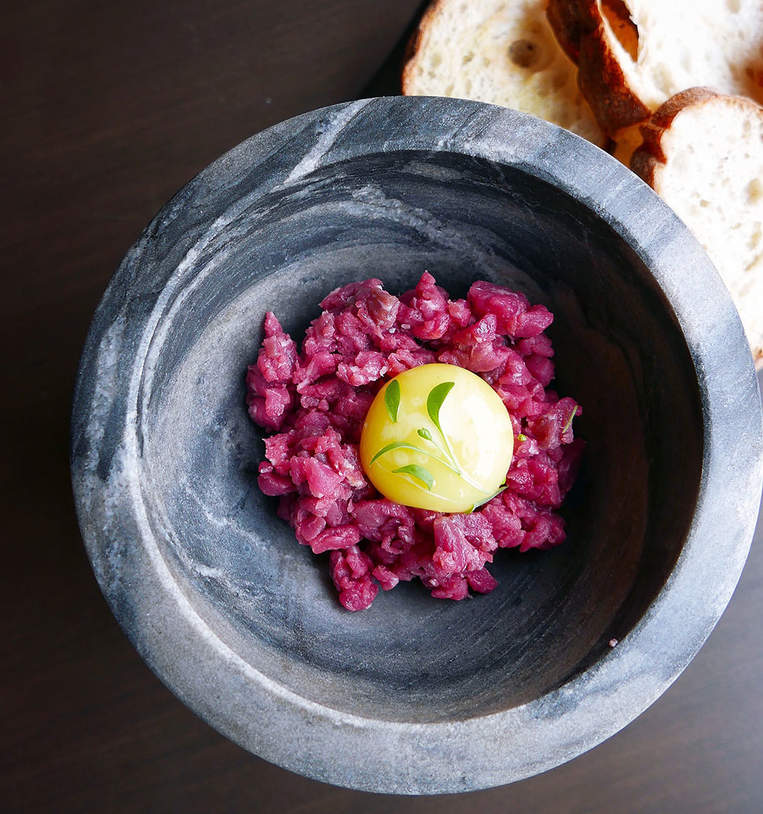 Grab a window table at this cozy neighbourhood gem and dig into coq au vin and beef tartare – Partake’s flawlessly executed classic menu has made it a contender for Canada’s Best New Restaurants 2019. The cocktails are just as stellar; try the refreshingly tart No. 2, made with Victoria Distillers Empress 1908, an indigo gin that turns ruby-pink when citric acid is added. 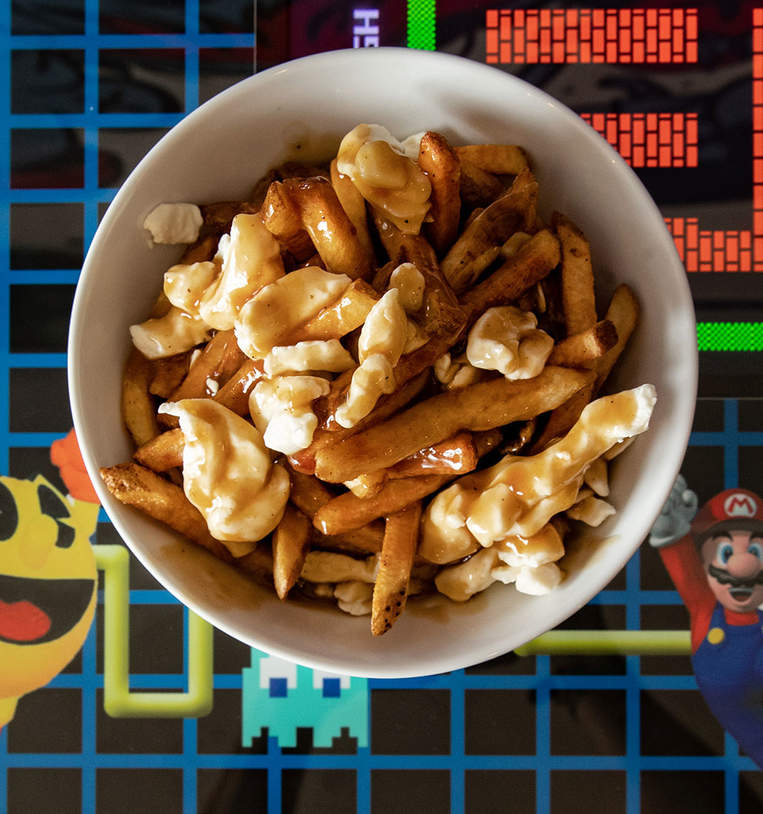 For the hand-smashed patties

This is next-level Alberta beef: premium Holstein, cooked to order and served on fresh-baked buns with housemade condiments. The crispy chicken burger deserves a nod, too, as does the hefty Effing Fish Filet, featuring Icelandic cod sourced from Edmonton’s popular (and gregarious) fishmonger, Effing Rob. 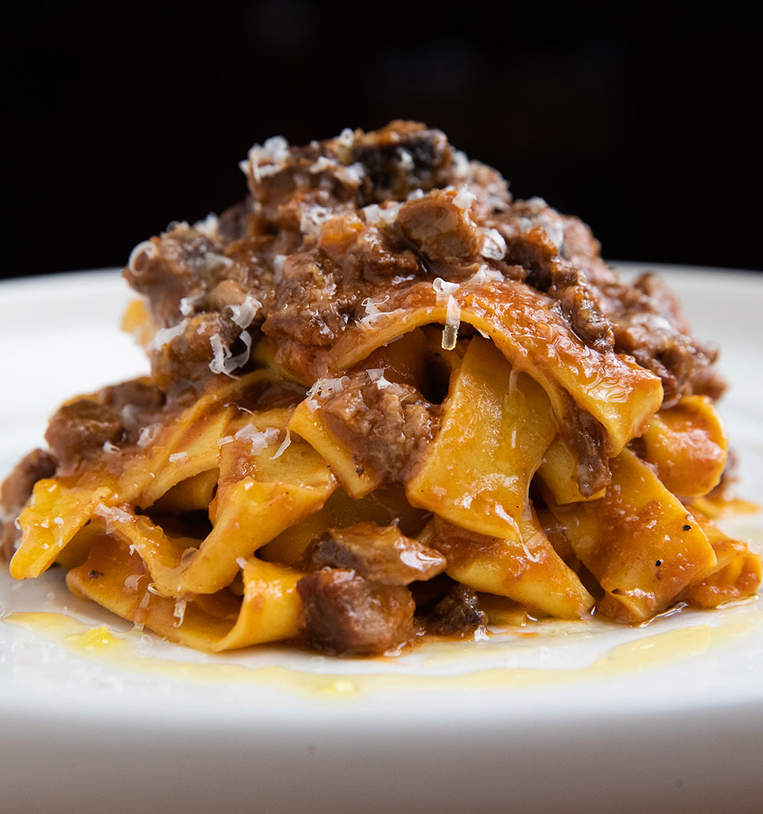 An Edmonton shopping centre may not be the obvious place to look for some of the best hand-rolled pastas in town. But Cibo’s owner/chef, Rosario Caputo, and his sommelier wife, Lisa, travel to Italy every two years for culinary inspiration, reflected here in dishes like charred octopus with fennel fronds, and tagliatelle with a tail and cheek ragu. 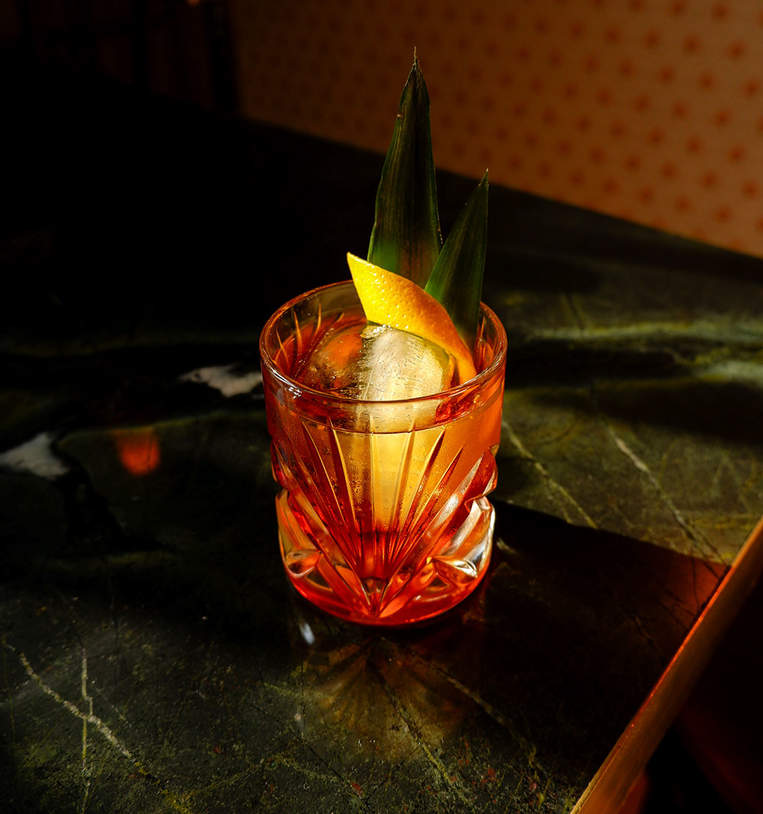 Designed to resemble a Shanghai speakeasy, this restaurant serves up inventive drinks – like the Henny & Tea, Hennessy VS chased with house-brewed cold green tea – to pair with chef Alexei Boldireff’s creative Chinese, Thai and Vietnamese fusion dishes. Ask nicely and the staff will show you to Little Hong Kong, the hidden bar within the bar. 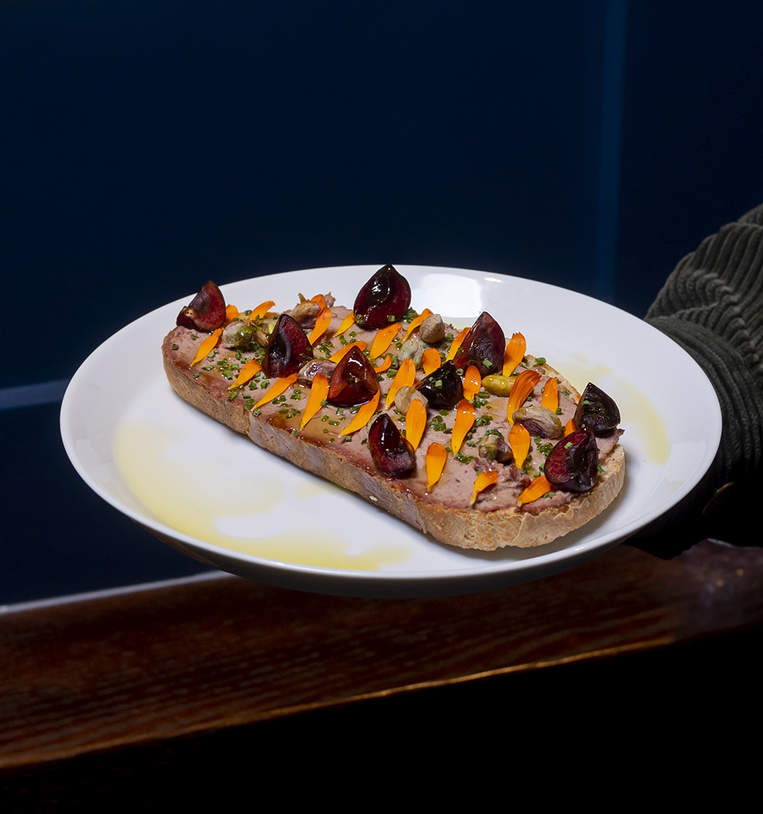 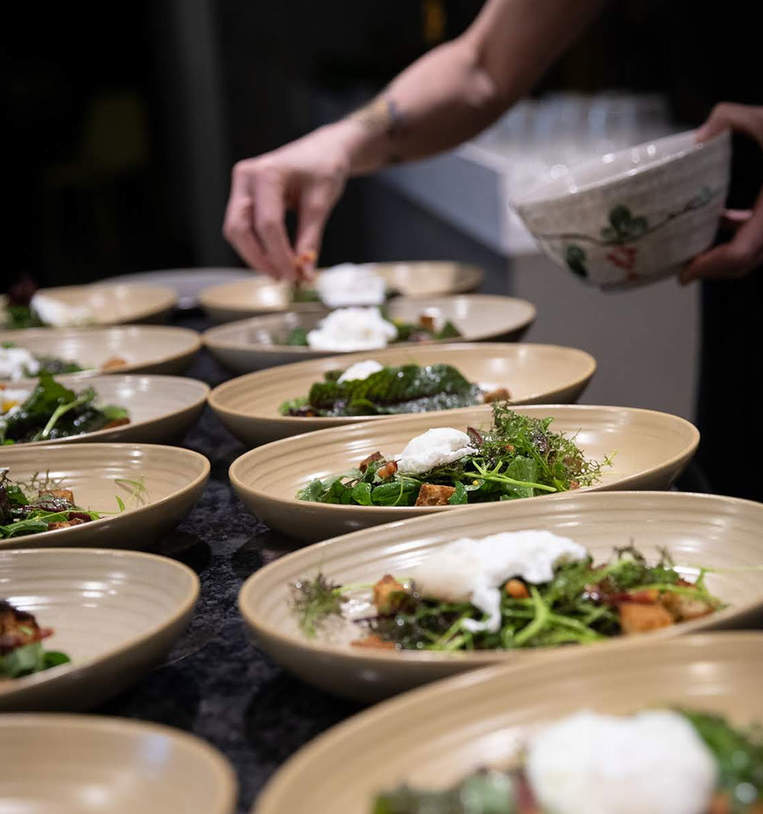 Along with some of the city’s finest guest chefs, Le Cordon Bleu (London) graduate Kathryn Joel will school you in cooking modern and classic dishes from around the globe. The three- to four-hour classes, from Italian date-night dinners to Mexican taco parties, are always fun, and come with wine or drink pairings included. 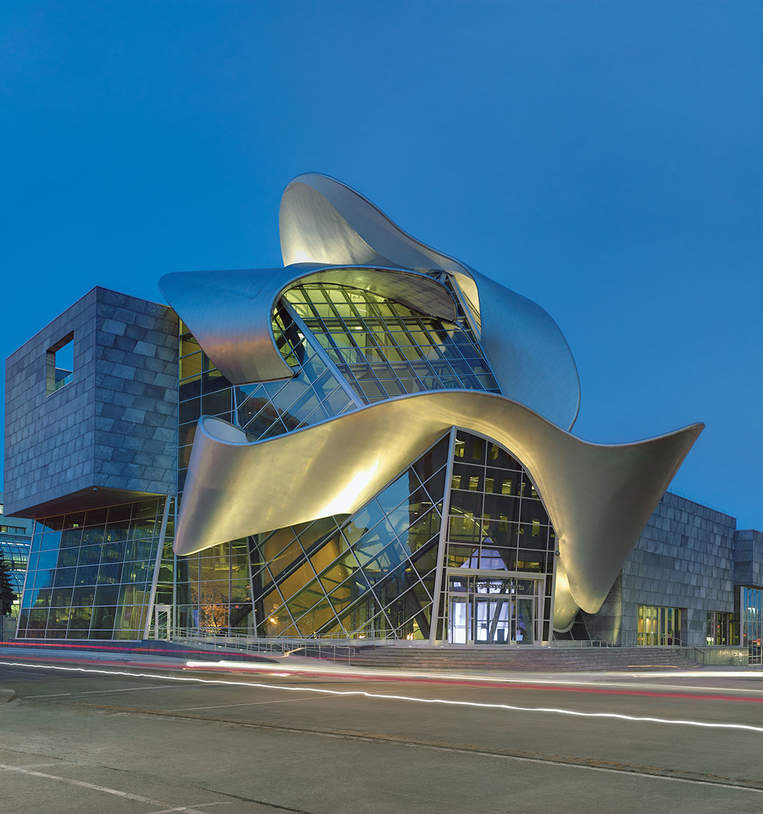 Contemporary Canadian abstract canvases and sculpture make up a great deal of the AGA’s permanent trove, but fans of historical photography, prints and paintings will have plenty to peruse, too. The three-floor structure is also a work of art: Architect Randall Stout drew inspiration from both the aurora borealis and Edmonton river valley. 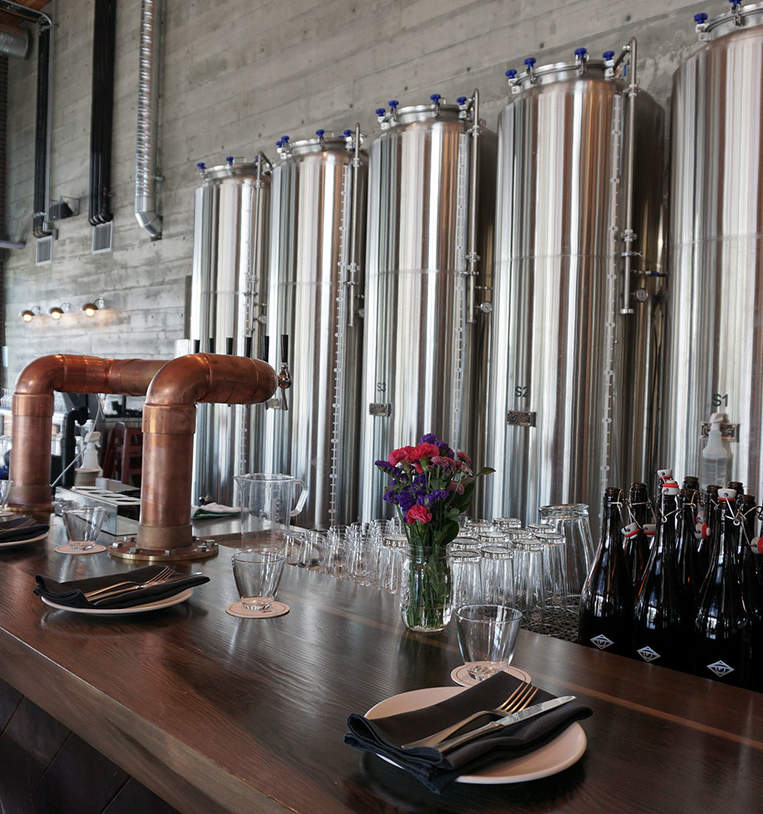 The local craft-brew scene has been growing ever since government rules on minimum production were relaxed in 2013, allowing small makers to get into the game. Book a guided tasting with Edmonton Craft Tours, where you’ll learn Ingredients 101 (all about yeast, malt, hops, water) while sampling suds at popular spots like Situation Brewing, Blind Enthusiasm and Yellowhead Brewing. 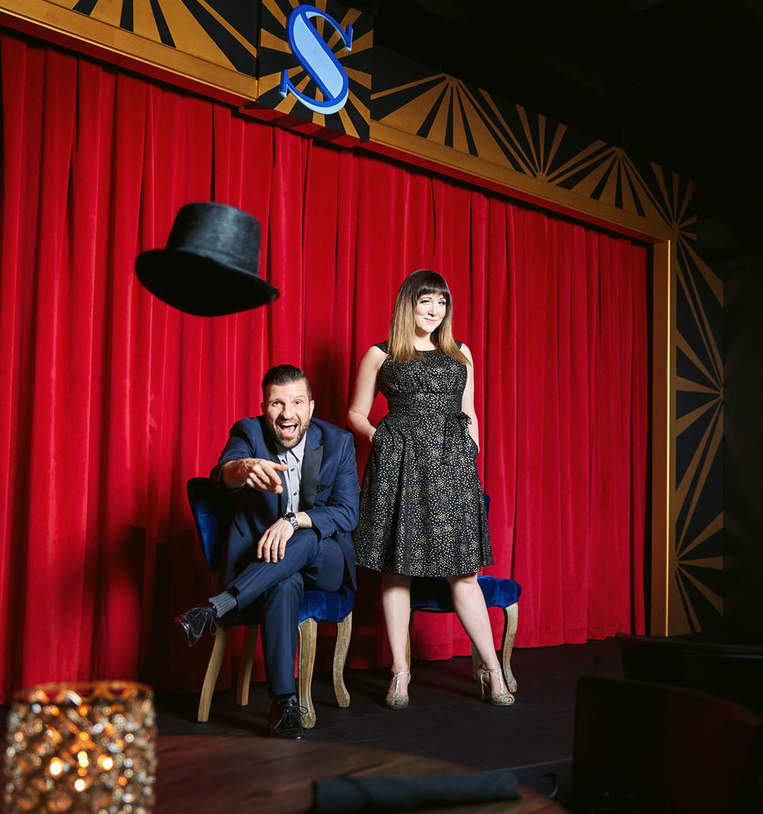 For the song and dance

At this new-to-the-scene, Roaring ’20s–themed venue just off Whyte Avenue in Old Strathcona, comedy, theatre, live bands, burlesque and drag are on show. If you’re ready to take the mic yourself, Sunday nights are for karaoke parties. 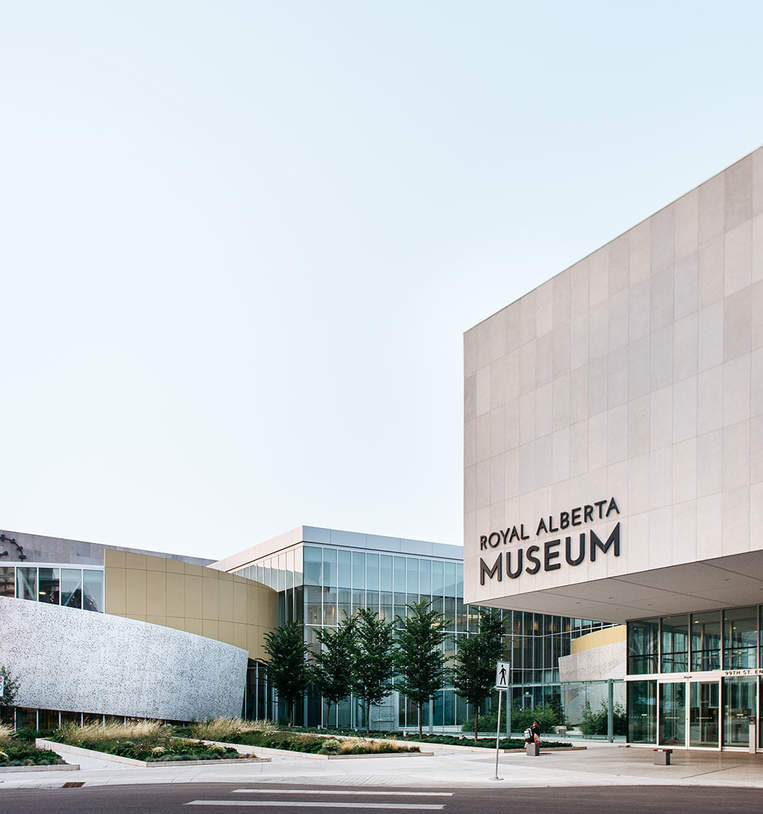 For the local history

At the new RAM, opened in 2018 and now Western Canada’s largest museum, you’ll find galleries chronicling the history of Alberta’s people, wildlife and landscape, with Indigenous stories woven throughout, as well as 18,000 artifacts of Indigenous origin, some dating to the mid-1800s. (An Indigenous advisory panel gave input on caring for items in a culturally sensitive way.) One gallery showcases just one object: the Manitou Asinîy (Manitou Stone), a sacred and ancient 145-kilogram meteorite. 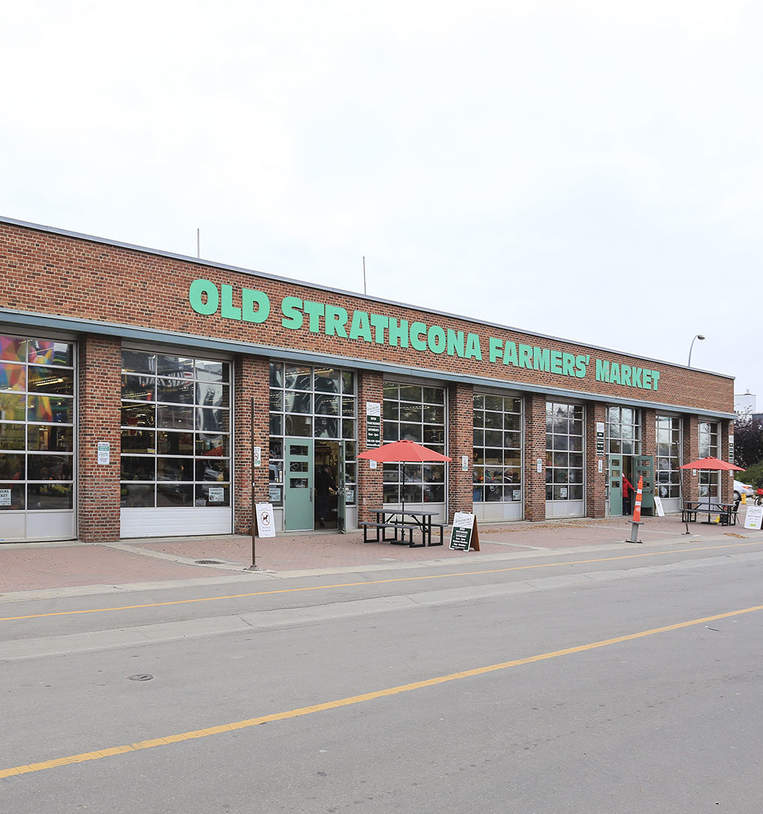 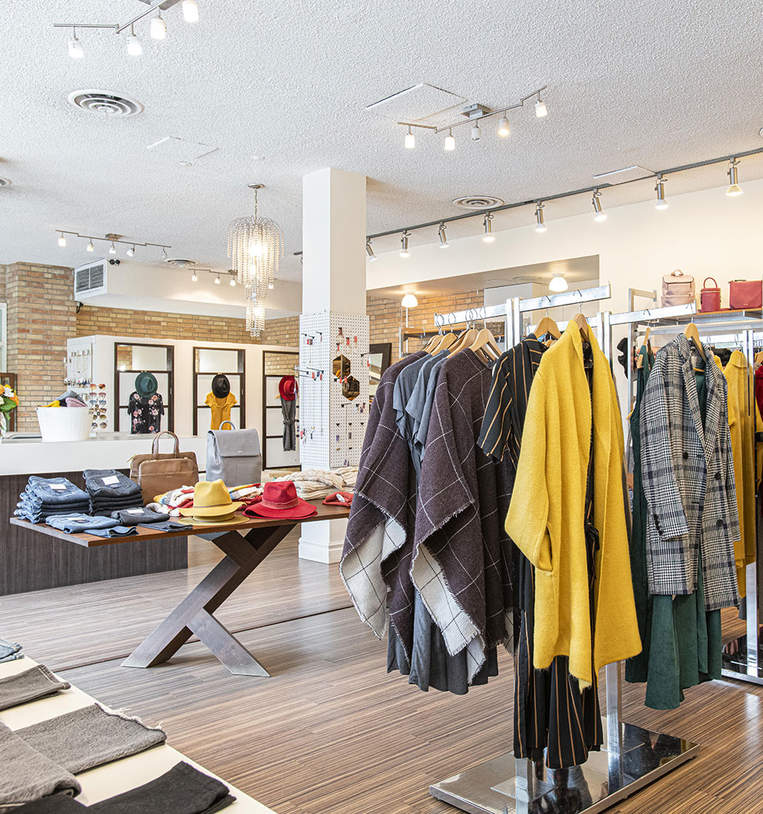 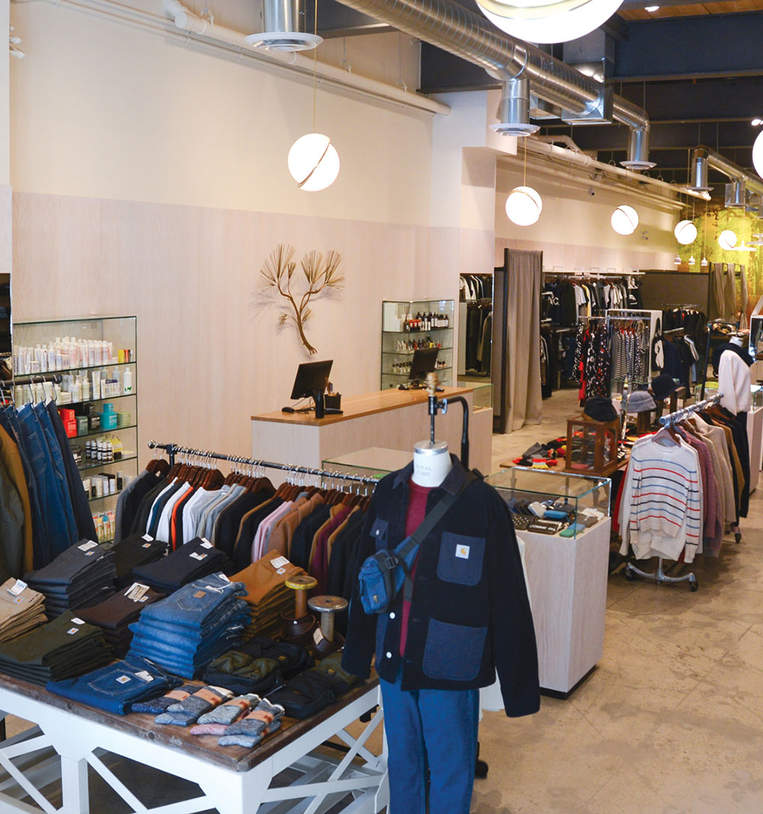 For the fancy footwear

This indie fashion institution has locations in Calgary, Vancouver and Toronto, but it’s a native Edmontonian. The original Whyte Avenue space is entirely devoted to shoes – from hipster sneaks to designer heels – from more than 100 brands, including its own made-in-Italy/Portugal label. A sister clothing shop, Gravitypope Tailored Goods, is just a few doors down. 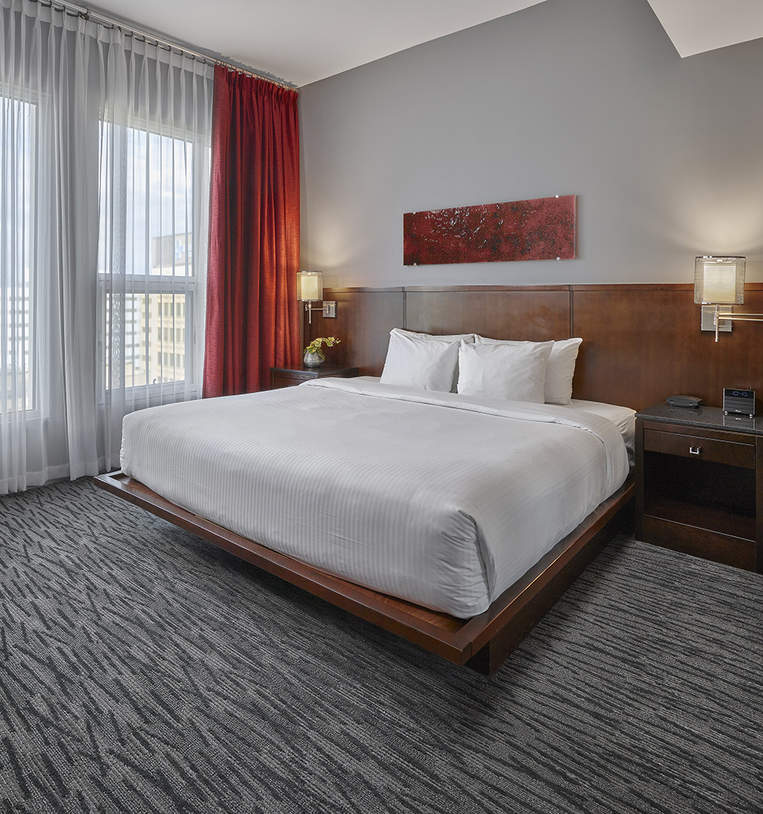 This modern minimalist hotel is right in the city core, but also steps from River Valley, North America’s largest stretch of urban parkland – it’s 22 times bigger than Central Park. Grab a trail map and a Marin San Rafael bike; guests have complimentary access to a fleet of new two-wheelers. 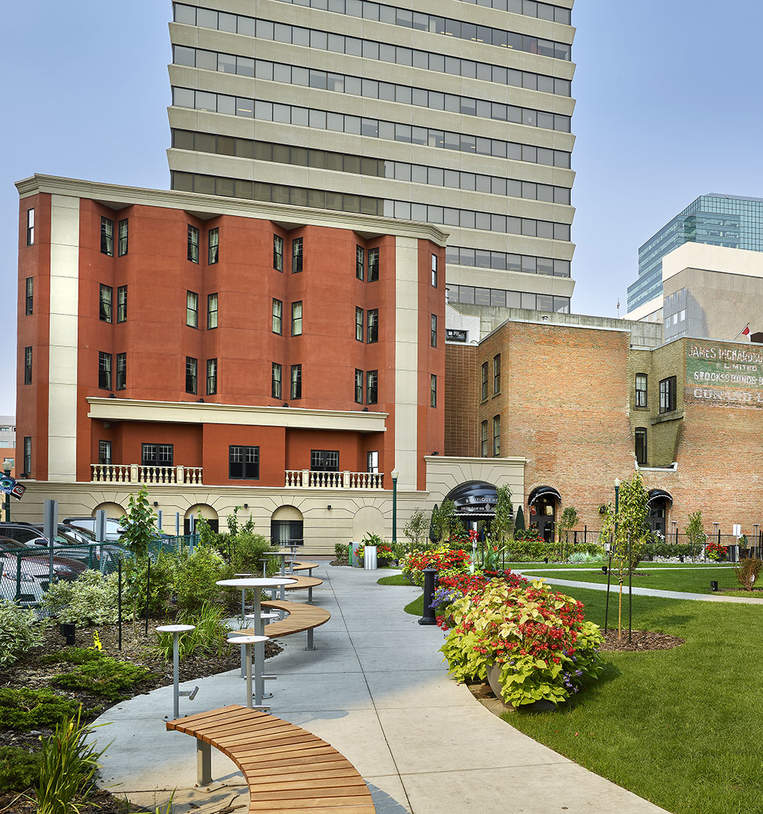 For the intimate atmosphere

This elegant boutique hotel, located in the historic Union Bank of Canada Building dating back to 1911, has a reputation as one of the city’s most romantic. Cozy up by the fireplace (available in every suite and room), and finish your day with the complimentary wine and cheese – they’re delivered daily. 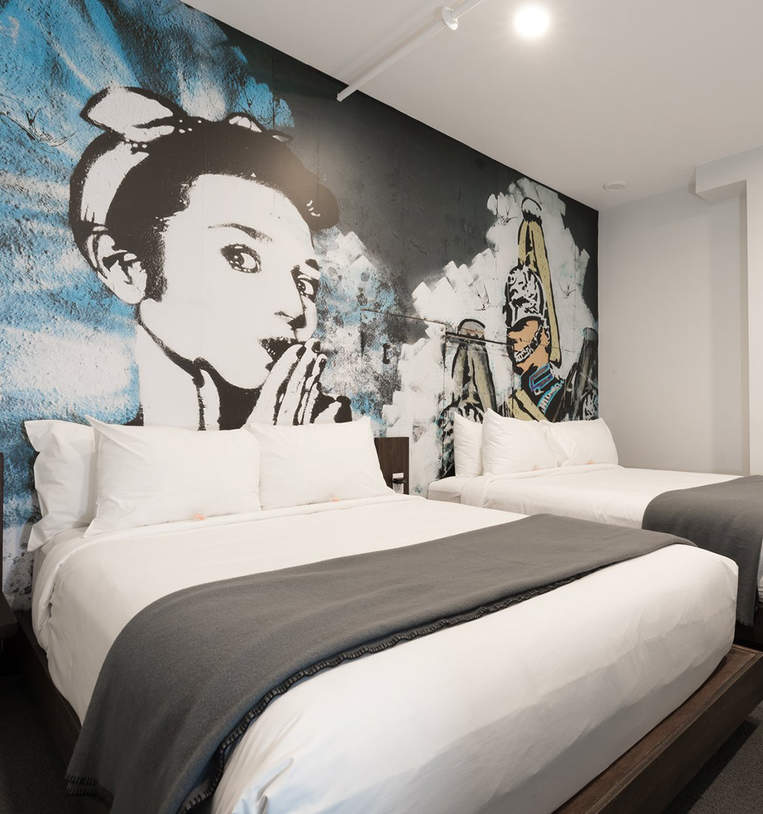 For the hip yet budget-friendly rooms

This 115-year-old building underwent a down-to-the-studs revamp in 2016, reopening as an Instagram-ready hotel (think walls of graffiti art or vintage speakers for a headboard). It caters to the crowd in town for concerts at nearby Rogers Place arena, with dedicated “party suites” available – but all rooms come with earplugs. 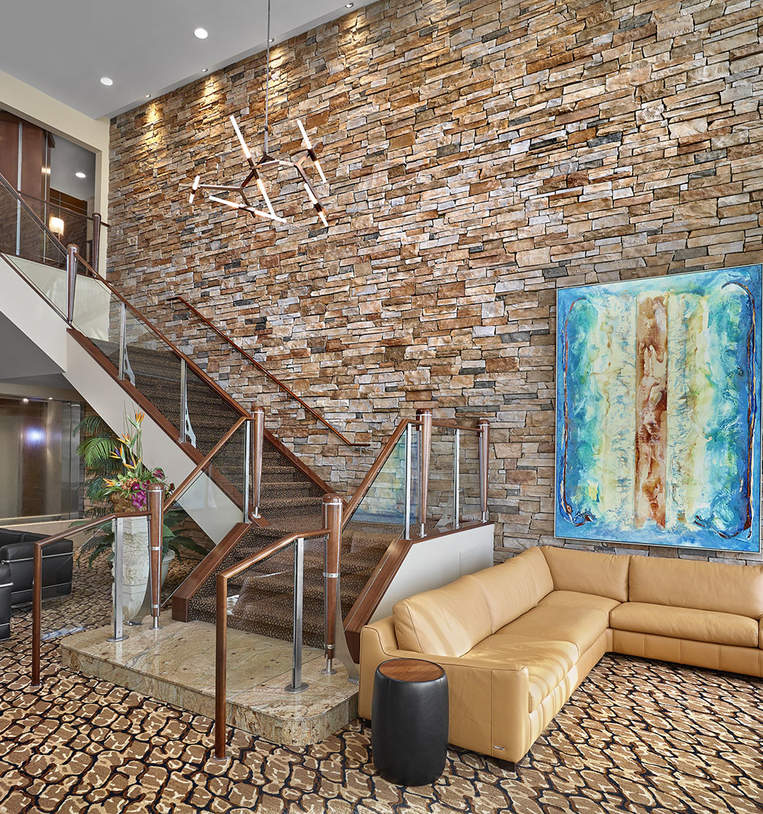 For the trendy neighbourhood

This boutique hotel has a prime perch on Whyte Avenue, the main street snaking through historic, artsy Old Strathcona. It’s an easy home base for exploring the dense concentration of indie fashion boutiques, music venues and hip restaurants, but also a mellow retreat from it all. In the King Suites, mix a nightcap at your own wet bar, warm up by the fireplace or decompress in the spa-style jetted bathtub. 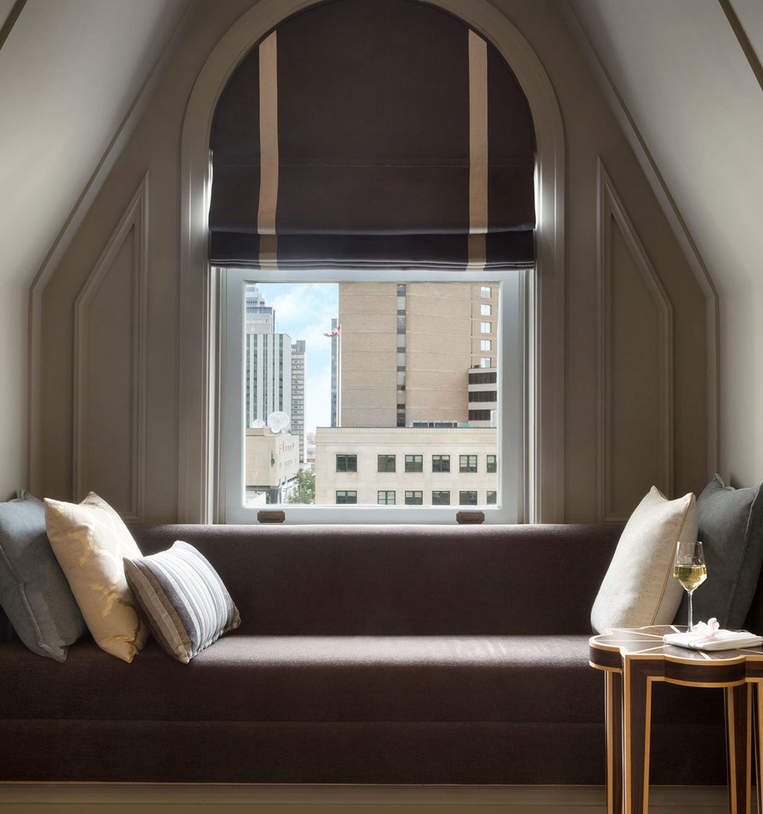 For the old-school luxury

More than a century old, this château by the river is known for its elevated service, which is taken up another notch on the recently designated Fairmont Gold floors (7th and 8th). There, you’ll find the most spacious suites, up to 2,400 square feet, with living and dining rooms and soaker tubs for two. Head to the Mac’s patio – one of the city’s most loved – for spectacular views of the River Valley. 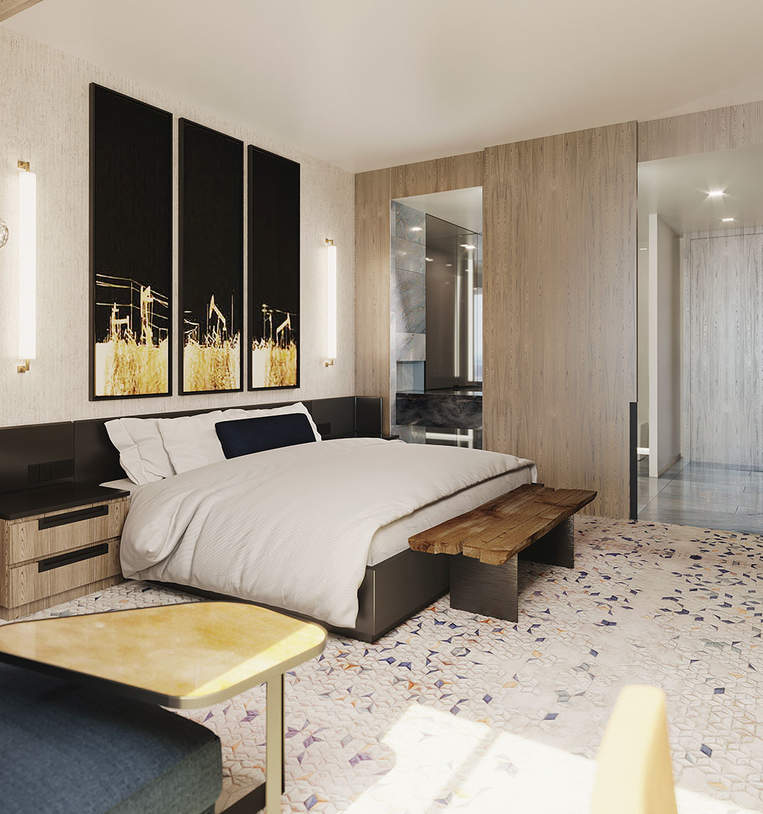 The JW Marriott is one of Edmonton’s buzziest new properties, in one of the city’s buzziest new quarters: The downtown ICE District, Canada’s largest mixed-use sports and entertainment area, is just outside. But there’s plenty to do without leaving the hotel. Order the dry-aged Alberta beef at Braven, sip a craft cocktail on the heated patio at Alchemy, sign up for a HIIT-style workout at the Archetype health club, then recuperate at the full-service Spa by JW. 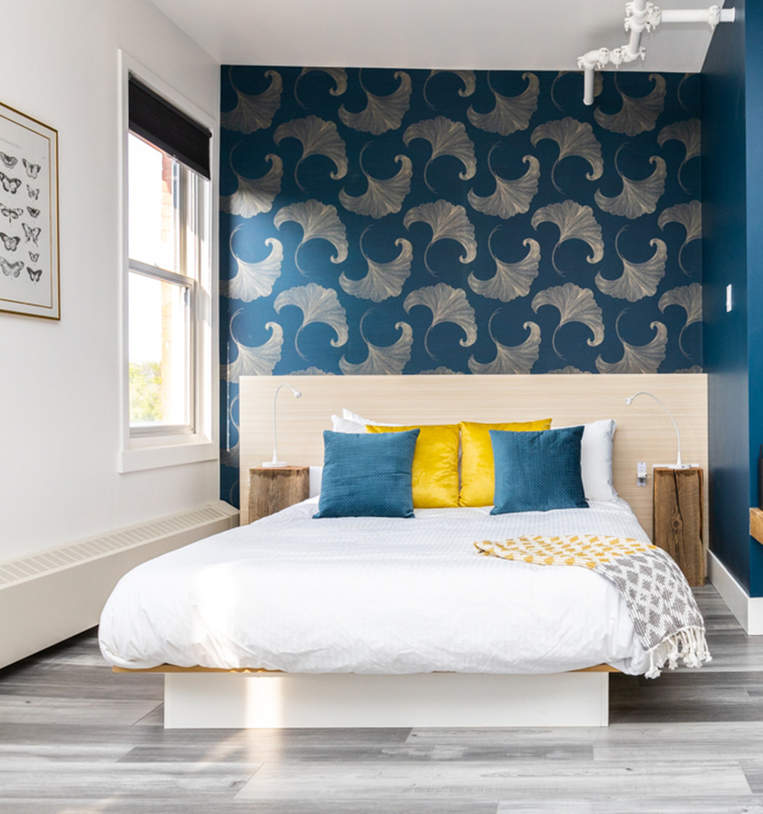 For the modern B&B charm

When the Gibbard Block, a century-old heritage site in the quaint Highlands neighbourhood, underwent a multi-million-dollar reno in 2019, the additions included eight bright B&B suites taking up the top floor. Soak in the clawfoot tub or make yourself at home in the smartly appointed kitchen, stocked with locally made provisions like Evoolution olive oil and Transcend coffee.

To catch a taxi or limo head outside Door 9 on the Arrivals level. Expect a flat rate of $55 for a taxi, or $66 for a limo, for your ride to downtown Edmonton, about 35 minutes.


Alternatively, once every 30 minutes during peak hours, and hourly during off-peak times, an express bus (Edmonton Transit Service route 747) runs from the airport to the Century Park Transit Centre, for $5 per fare . From there, it’s about a 20-minute trip on the LRT, $3.50per fare, to arrive downtown.

The Edmonton Transit Service operates buses and light rail throughout the city. Fares range from $3.50 cash for a single ride to $9.75 for a day pass.

You can hail a cab curbside, especially downtown, but it’s best to book ahead; a call to Greater Edmonton Taxi Service will connect you to the first car available from several fleets. If you prefer rideshare apps, Uber operates in the city, as does the Edmonton-based TappCar.

If your hotel has a complimentary bicycle fleet available to guests, or you opt to rent your wheels elsewhere, Edmonton has several bike routes throughout the city that are open year-round, as well as scenic riverside paths.