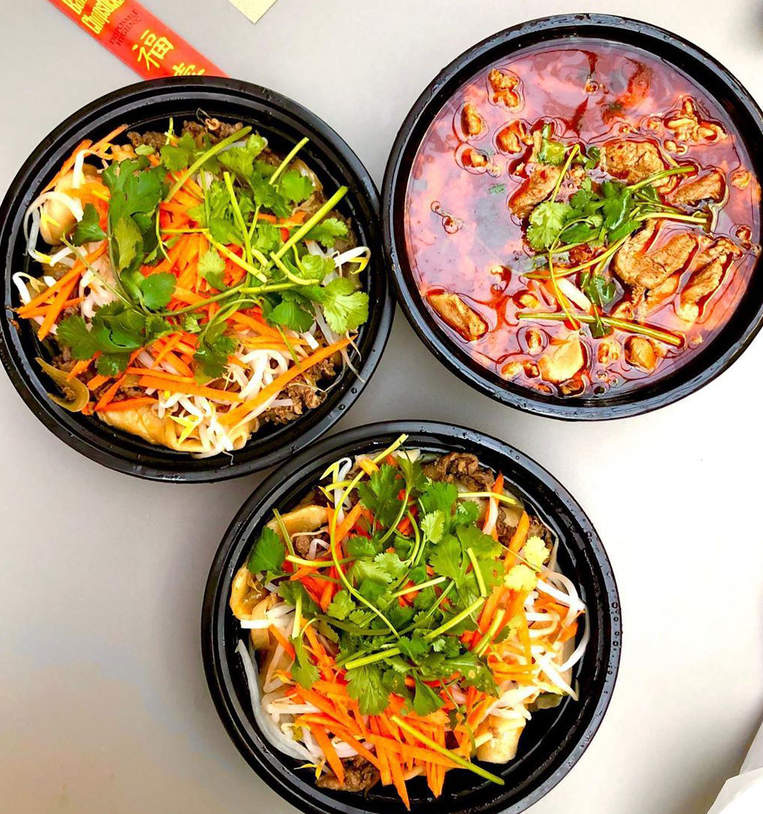 For the no-frills noodles 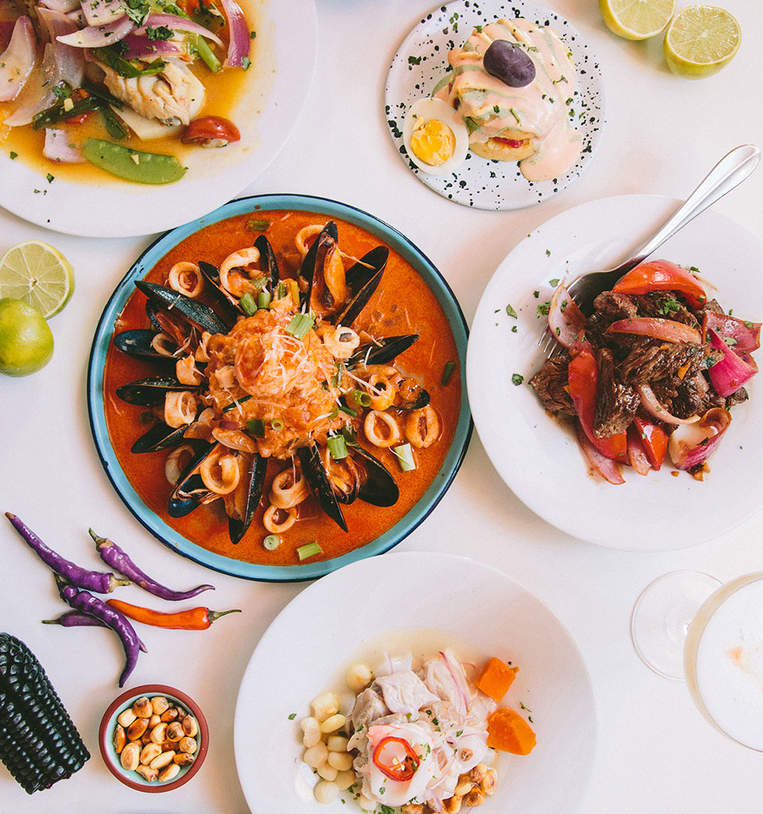 For the Peruvian classics

Every night’s a dinner party at intimate Peruvian restaurant Celeste, where the friendliest staff in the world serve up killer ceviche, hearty lomo saltado and on-point pisco sours. On the weekends, they’re open in time for brunch; it’s their regular menu, so no waffles or pancakes here, but why not start the day with lamb and canary bean stew? 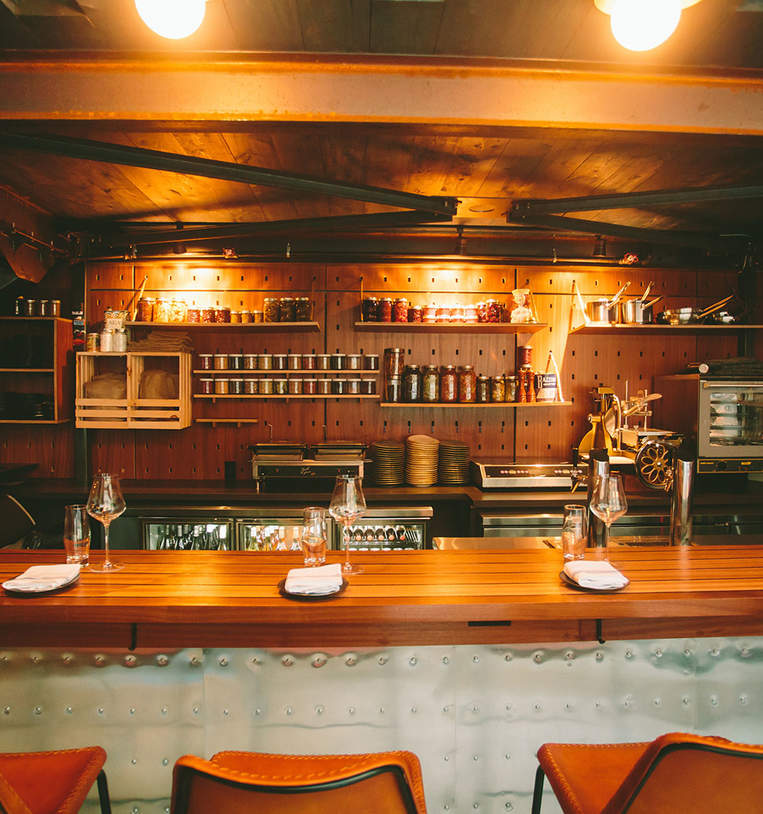 For the natural wines

For natural-wine newbies and connoisseurs alike, the hospitable haley.henry team draws from an adventurous list of gems to find the perfect fit for every drinker. The food menu is compact due to a shoebox-size kitchen, but tinned seafood, charcuterie, crudos and artisanal toasts pair well with the wines. 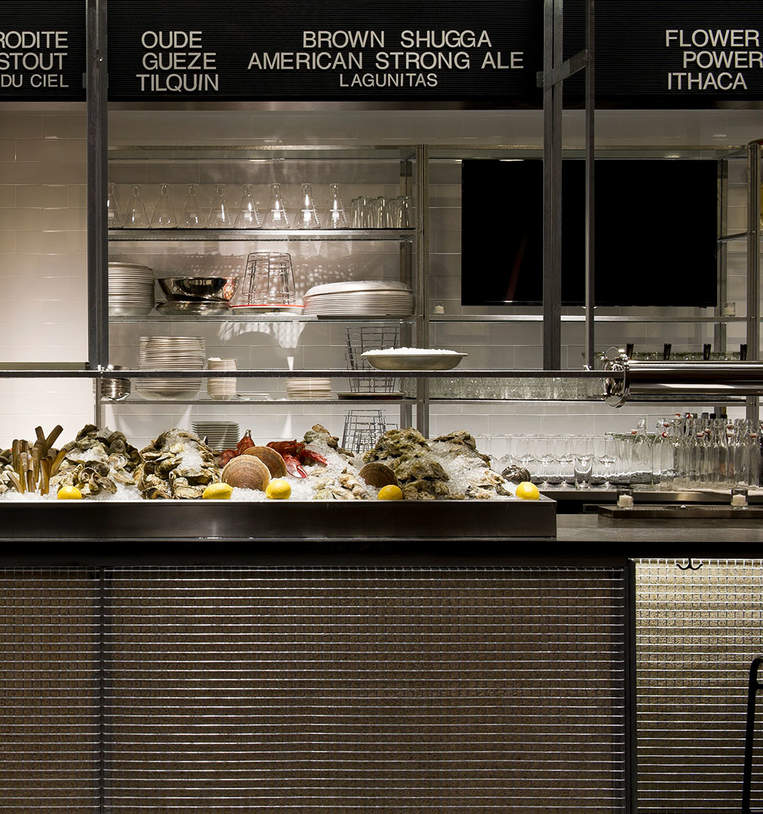 For the modern New England seafood

Boston is a seafood town and Row 34 is the best place to go for a taste of local flavours. The vibe here is energetic and somewhat casual, but with a creative beer list, an extensive raw bar and one of the best lobster rolls in town, it can fit the bill for more upscale events like business lunches and date nights. 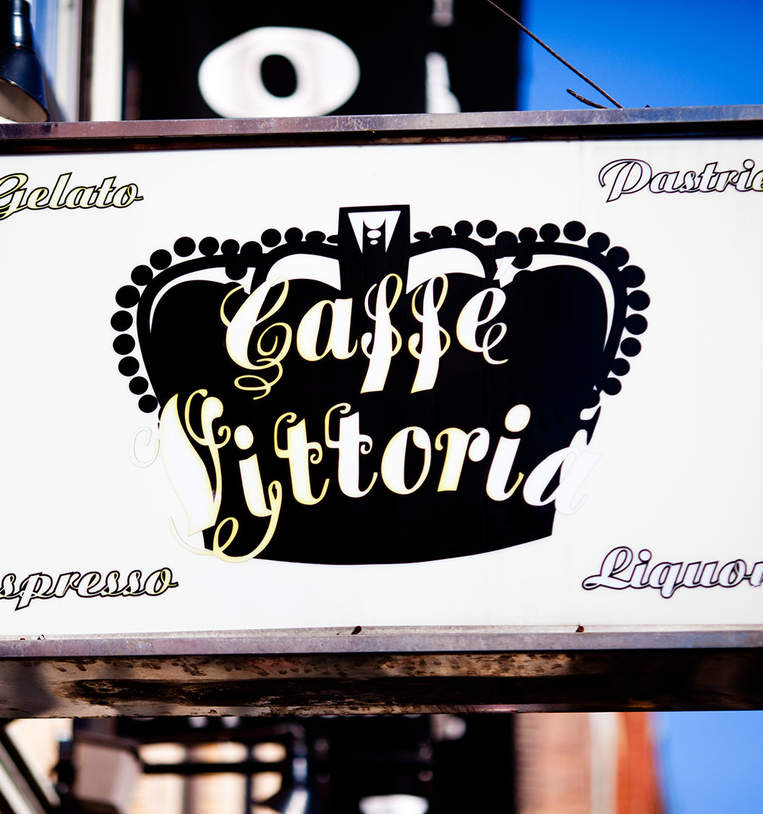 For the Italian treats and coffee

Soak up Boston’s historic North End, or Little Italy, at this multilevel café that’s been in business for nearly a century. For an afternoon pick-me-up – it’s steps from the Freedom Trail – or an after-dinner treat, pair hot chocolate (one of the best in town) with an Italian dessert like tiramisu or cannoli. 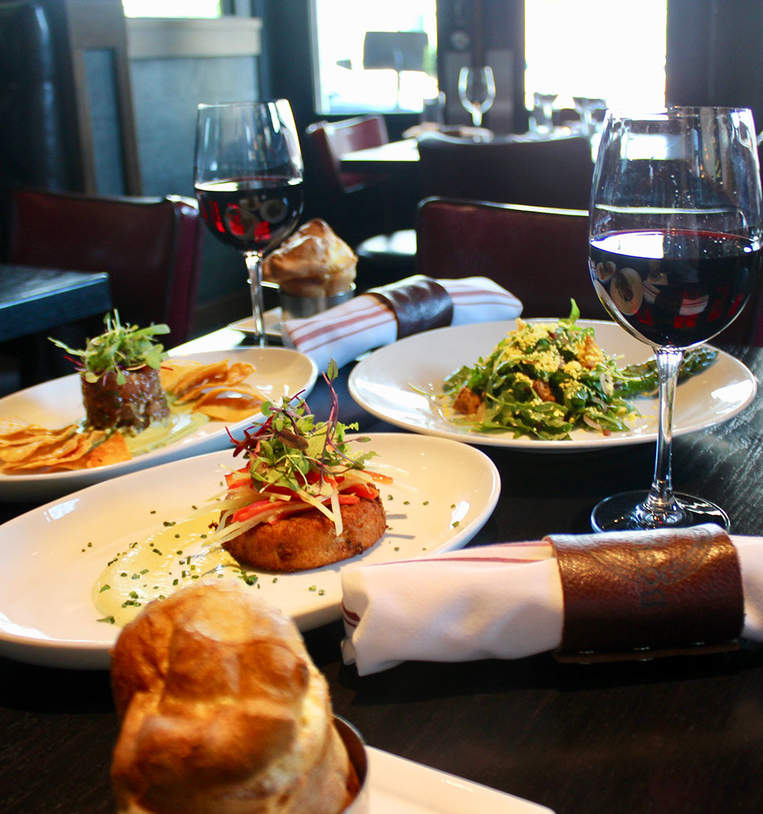 For the fancy steaks

Located in a former bank, the downtown location of Boston Chops is a marble-and-leather paradise – and the best high-end steakhouse in town. The menu features luxurious seafood towers, prime cuts of steak and some less standard options worth exploring, including fried sweetbreads, roasted bone marrow and grilled beef heart. Martini service is a must. 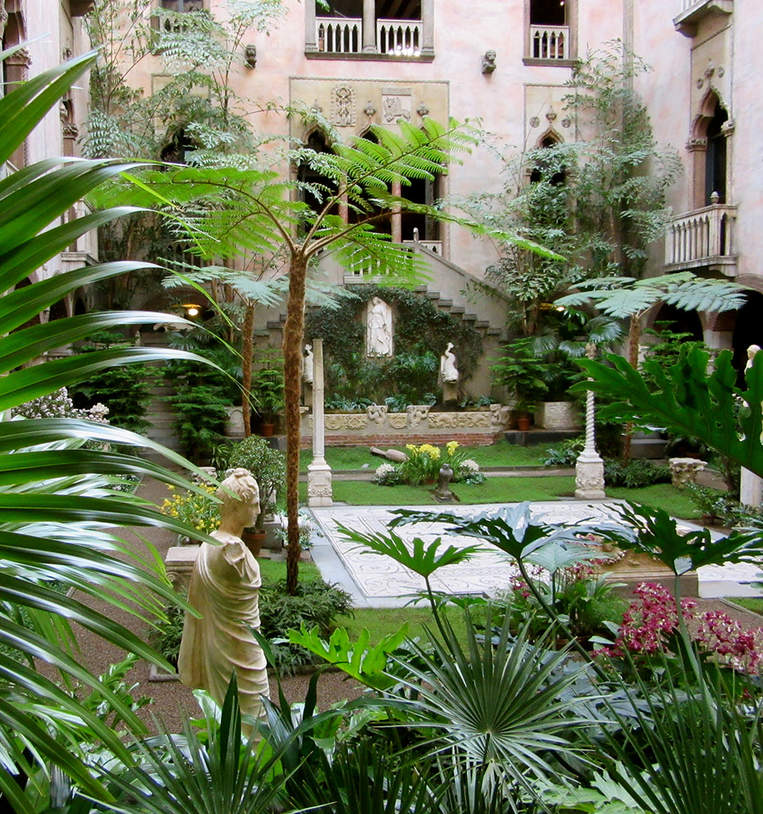 For the diverse art collection

A must for art lovers, this museum contains the varied collection of lifelong patron of the arts Isabella Stewart Gardner, who died in 1924 and left a substantial endowment to keep her museum running for decades to come. The museum was also the site of one of the art world’s most notorious — and still partially unsolved — heists. 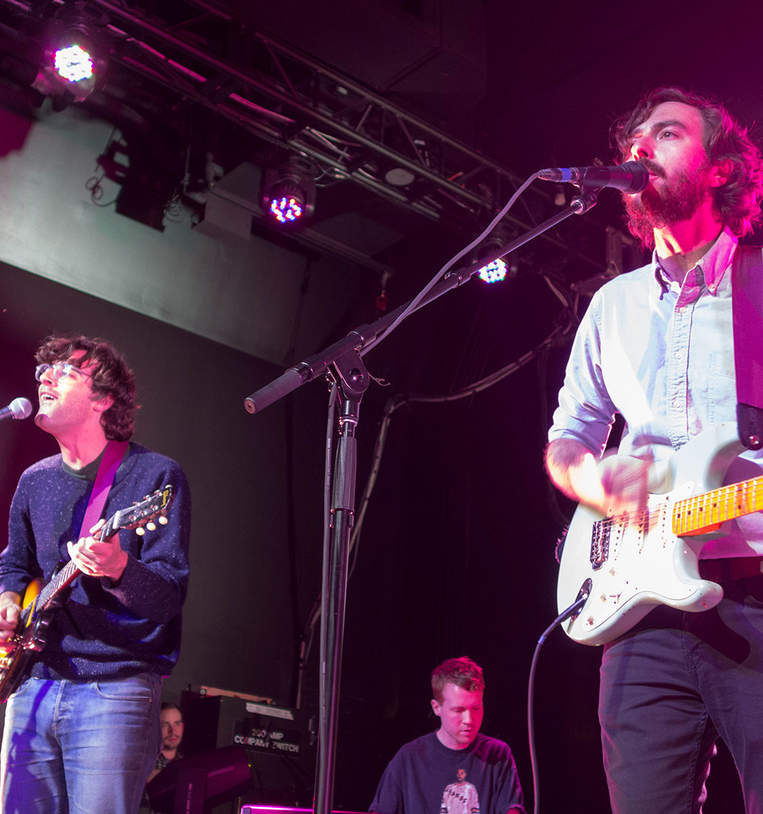 For the live music

One of the Boston area’s best mid-size concert venues, the Sinclair features a jam-packed, multigenre schedule of touring acts such as Of Montreal, Red Baraat and Vanessa Carlton. The multilevel space provides good views of the stage throughout, and there are several bars located near the venue. The Sinclair’s own restaurant (next door) is a solid pre- or post-show option. 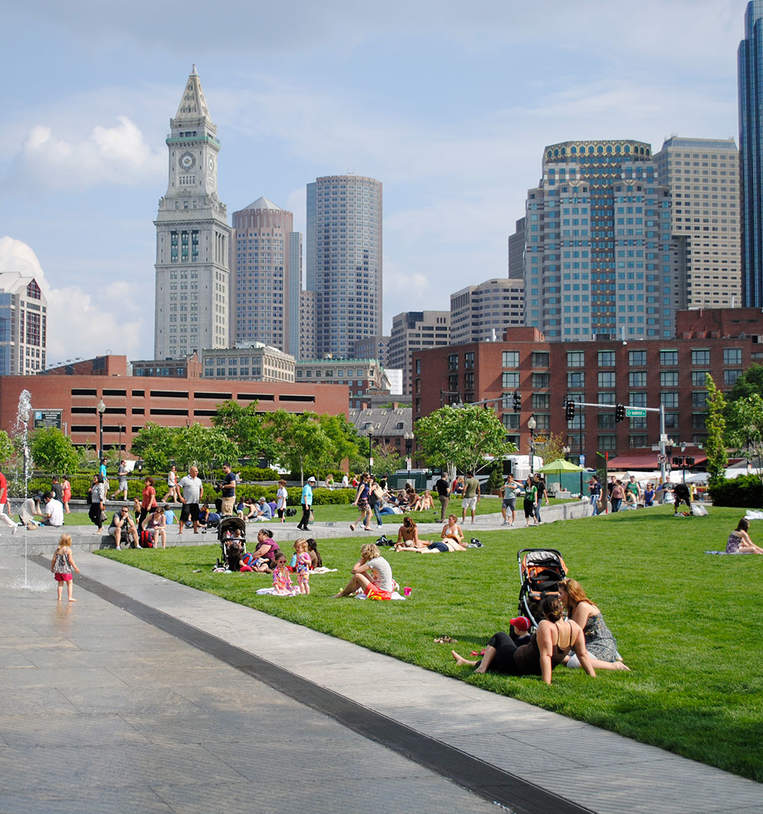 For the family-friendly fun

Year-round (but especially in warmer months), locals and visitors alike stroll the Greenway, 2.4 kilometres of parks meandering through downtown Boston. There are food trucks and art installations throughout, as well as fountains, a carousel and seasonal beer and wine gardens. Faneuil Hall Marketplace, the Aquarium, the North End and other attractions are steps away. 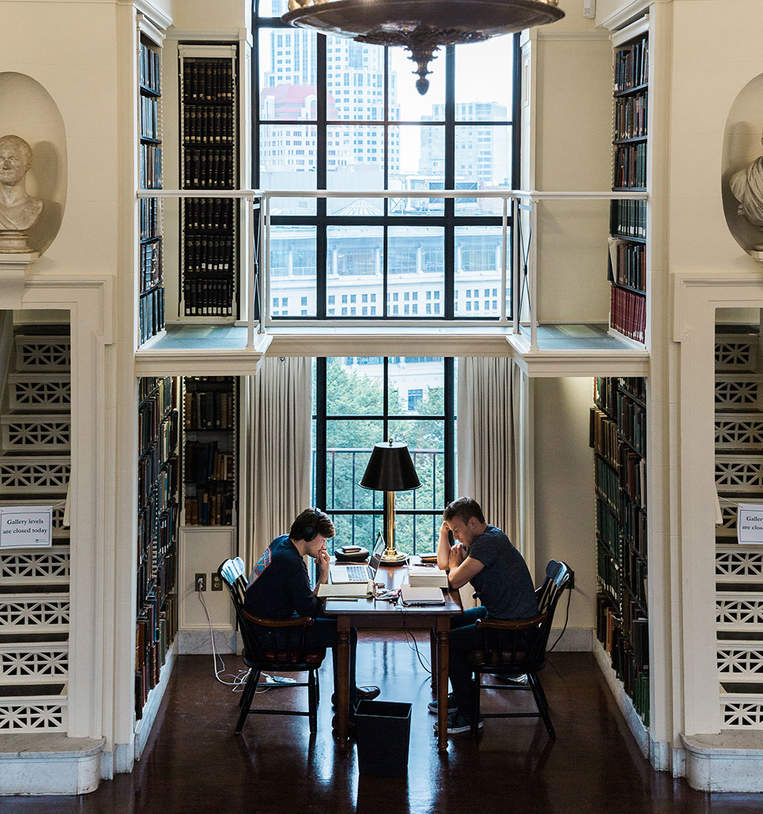 For the art and history

Over 200 years old, the Athenaeum is a somewhat hidden library and gallery in Boston’s historic Beacon Hill neighbourhood that features exhibitions exploring art, history and culture. Creepy fact: The Athenaeum has a book about a 19th-century convict that is bound in his skin. Arrangements must be made in advance for those who dare to see it. 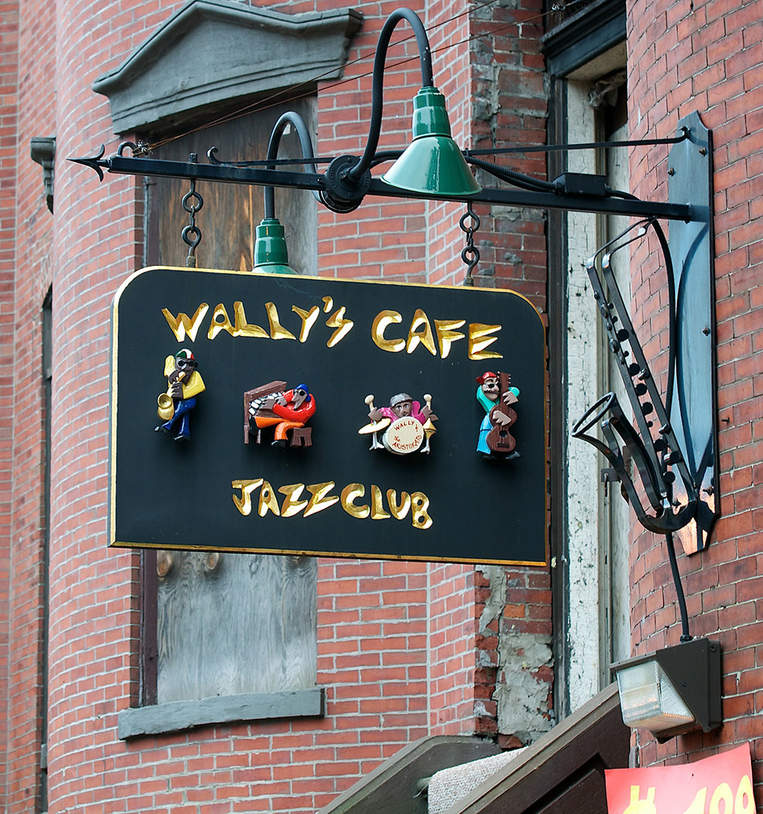 For the live funk

This tiny but legendary jazz club features live music 365 days a year. Operating as an unofficial training ground for Boston’s young musicians – especially students from Berklee College of Music – it also plays host to a variety of long-term residencies of professional groups in the jazz and funk realms. The ambiance is low-key and the drinks are cheap. 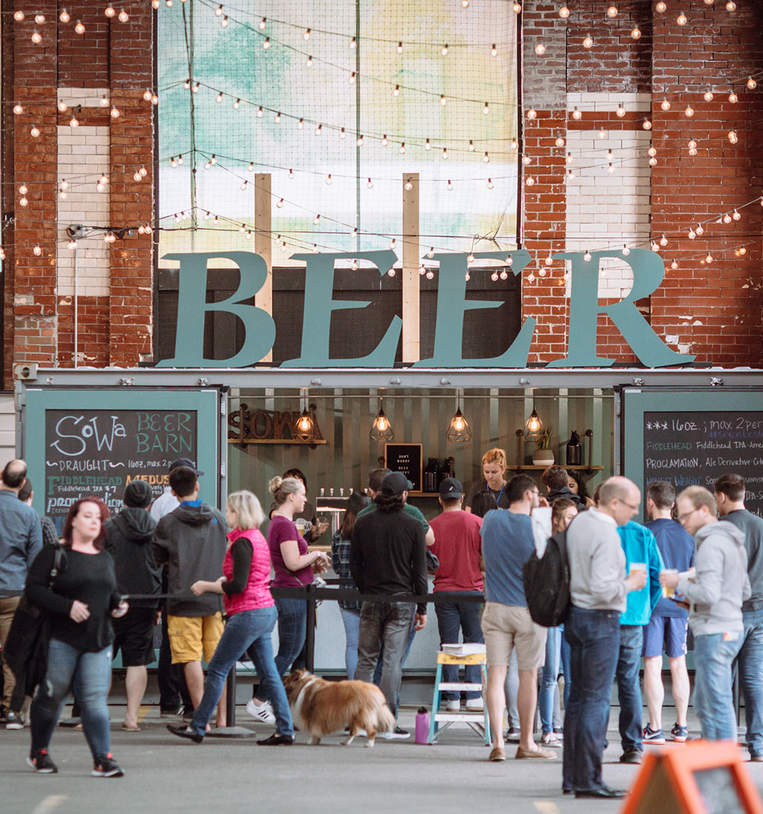 For the boutique hopping

The SoWa district in Boston’s South End is packed with art galleries, antique stores and other excellent shopping opportunities. There are also regular events under the SoWa moniker, including a year-round weekly vintage market and the much-loved seasonal SoWa Open Market on Sundays, featuring local vendors selling everything from kids’ clothing and accessories to jewellery and specialty foods. 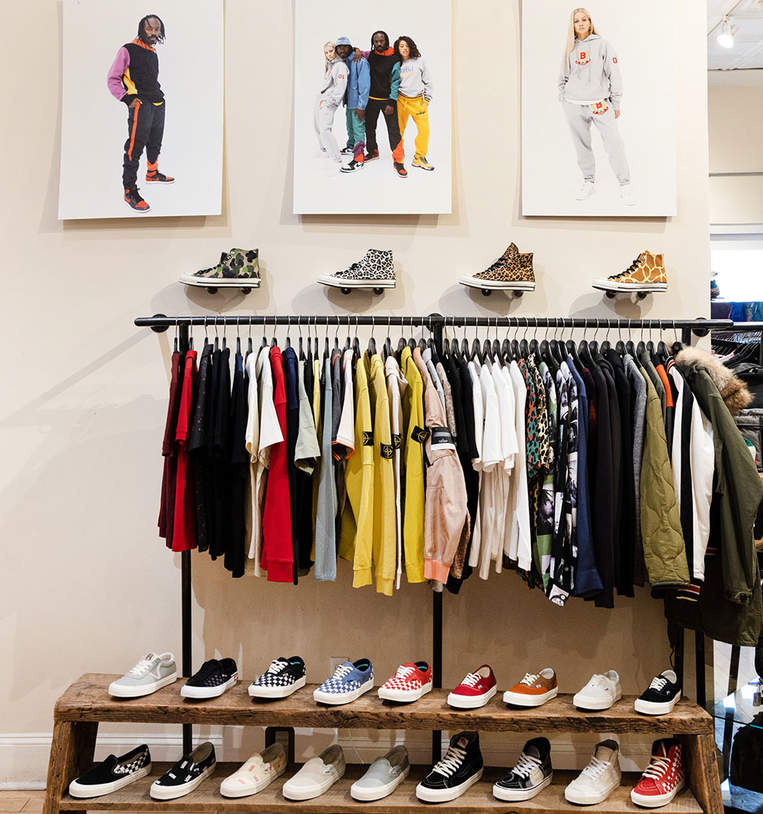 For the high-end sneakers

A sneaker speakeasy of sorts, this gem is hidden behind what appears to be a typical corner store (hence the name). Designer sneaker and streetwear devotees love it; it’s the place to go for head-turning hoodies, hats and footwear from brands like Air Jordan, Carhartt WIP and Junya Watanabe, not to mention Bodega’s own brand, founded in 2006. 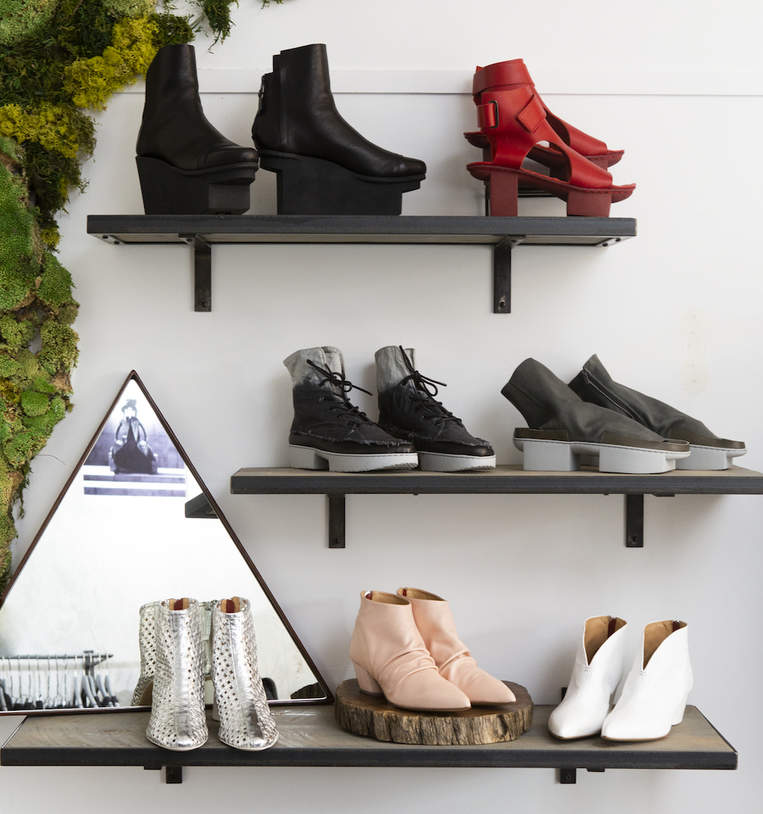 For the eclectic finds

A one-stop shop for crossing just about everyone off a gift-giving list, December Thieves features a unique collection of clothing, jewellery and decor from emerging artists. Find everything from framed butterflies and bronze horseshoe crab-shaped bottle openers to fine gemstone jewellery, stylish trench coats and leather bags embossed with scarabs and tigers. 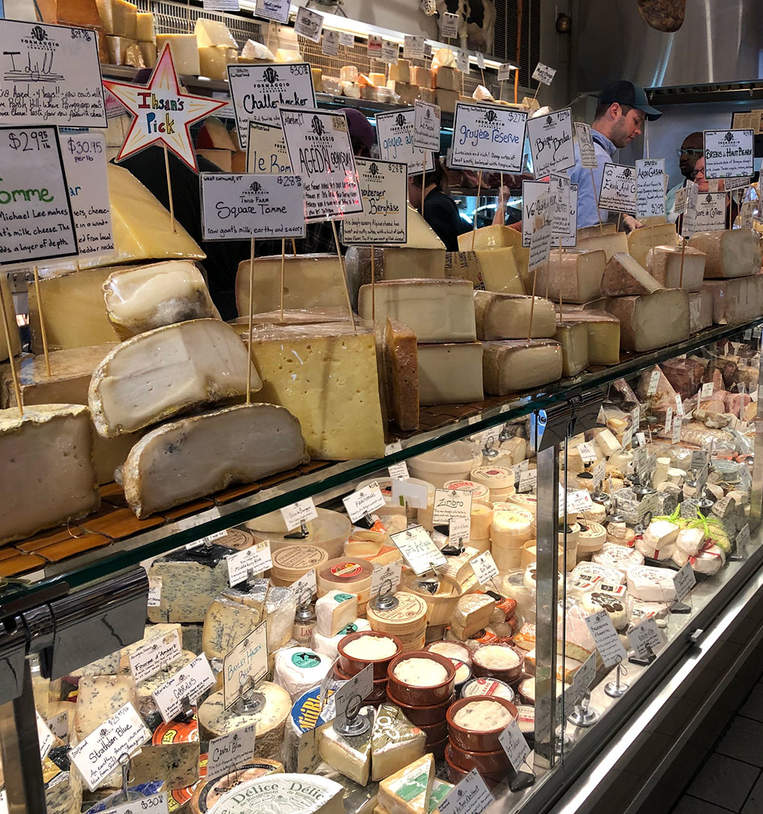 For the edible souvenirs

This specialty food shop serves a wide range of condiments, charcuterie, cheese and more from local and global producers at three locations in the Boston area. Stock up on picnic fixings (or treats to bring home), including Jasper Hill Farm cheeses, Carlisle Honey and Formaggio Kitchen’s own house-made pâtés. 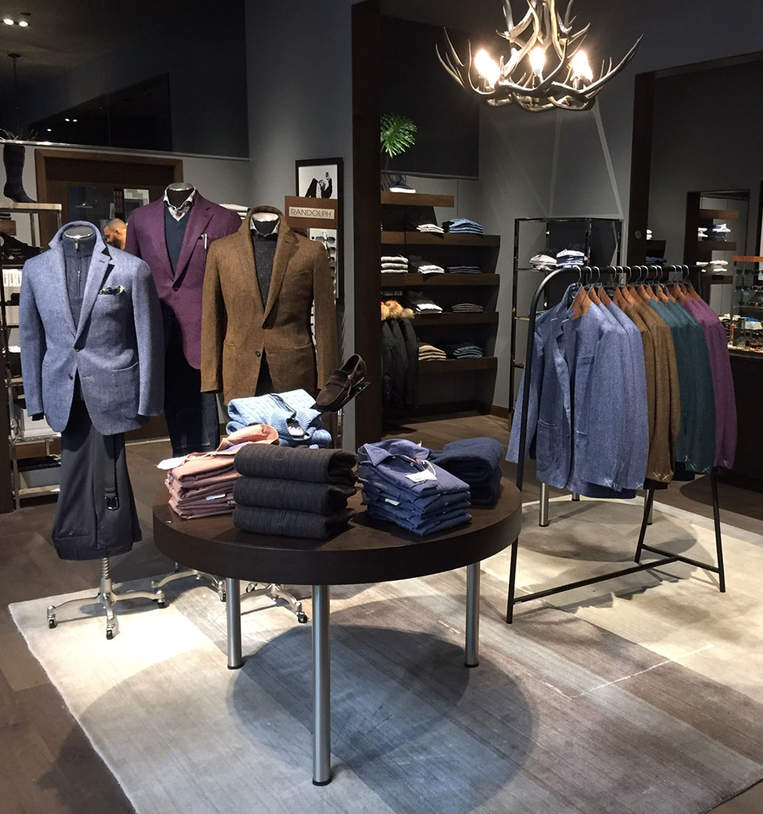 For the bespoke menswear

Bostonians have trusted Mr. Sid for their custom-made suits and fine men’s clothing for decades. The high-end menswear fixture is located in the suburb of Newton but recently expanded to Boston proper’s burgeoning Seaport District — it recently added a women’s line, too. The Newton location has a “grooming parlour” downstairs for facials, haircuts and manicures. 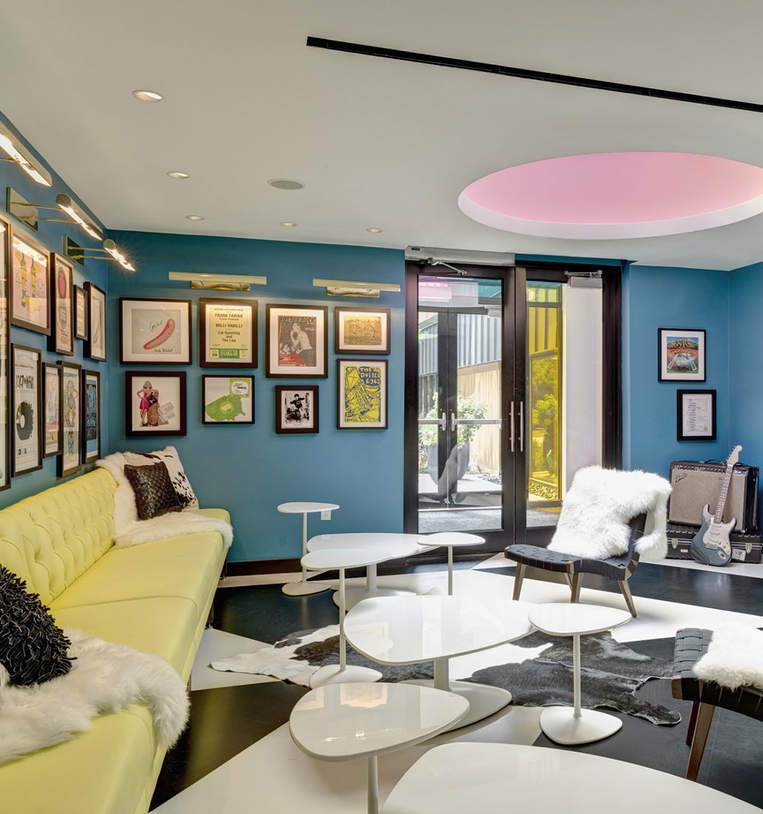 For the rock ’n’ roll history

This revamped 1950s motor inn is a hip boutique hotel that caters to music lovers, from the vinyl library in the lobby to the guest-room record player and rock ’n’ roll paraphernalia. It’s ideal for sports fans, too - the world-famous Fenway Park is a short walk away, and the surrounding neighbourhood is packed with great restaurants and bars. 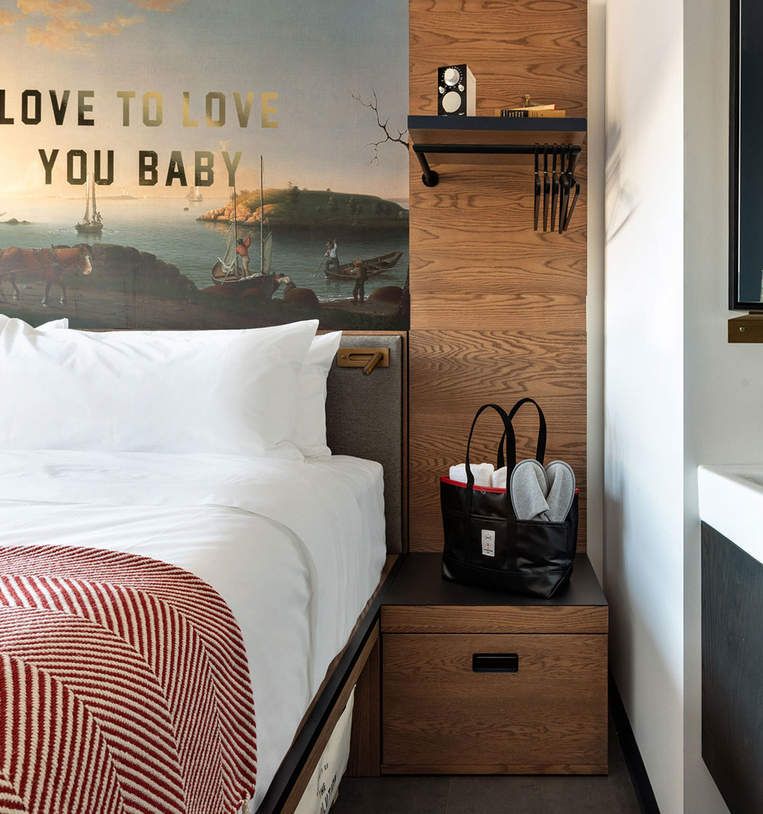 For the family-friendly perks

This South End hotel is fun for kids (bunk beds) and adults (boozy slushies at the hotel’s Mexican restaurant). Fitness-loving guests can make use of the 24-hour gym as well as in-room equipment and streamed workout videos. Note that most rooms do not have in-room bathrooms; shared facilities are down the hall. 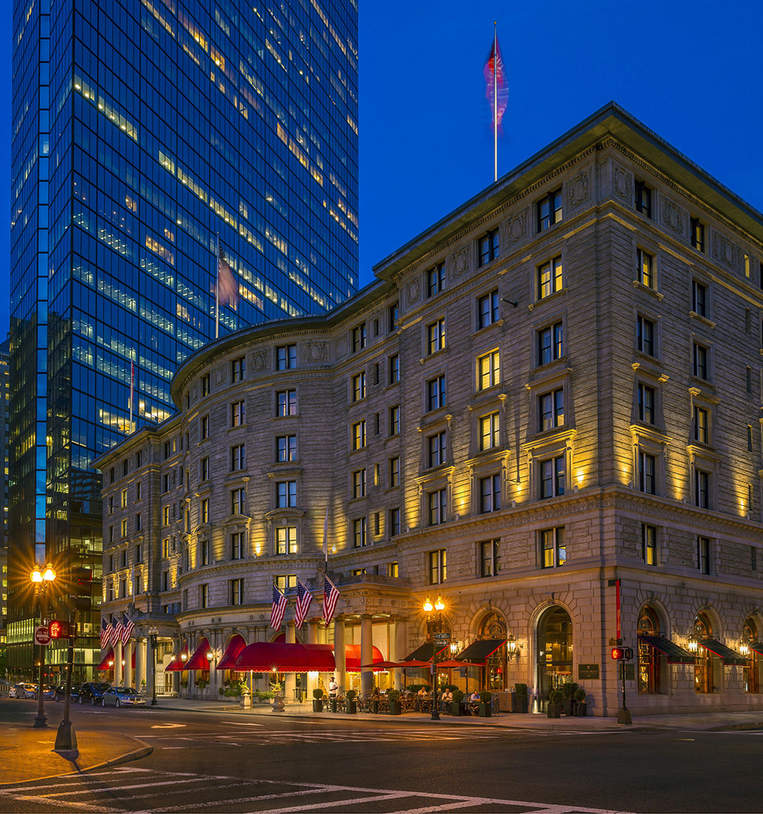 For the old-school luxury

This grand historic hotel is conveniently located in the heart of Boston’s Back Bay and offers stately rooms and every amenity a discerning traveller requires. Babysitting services are available, and while the hotel is pet-friendly, those missing pets they left at home are welcome to take the hotel “canine ambassador” – a Labrador named Cori – for a walk or run. 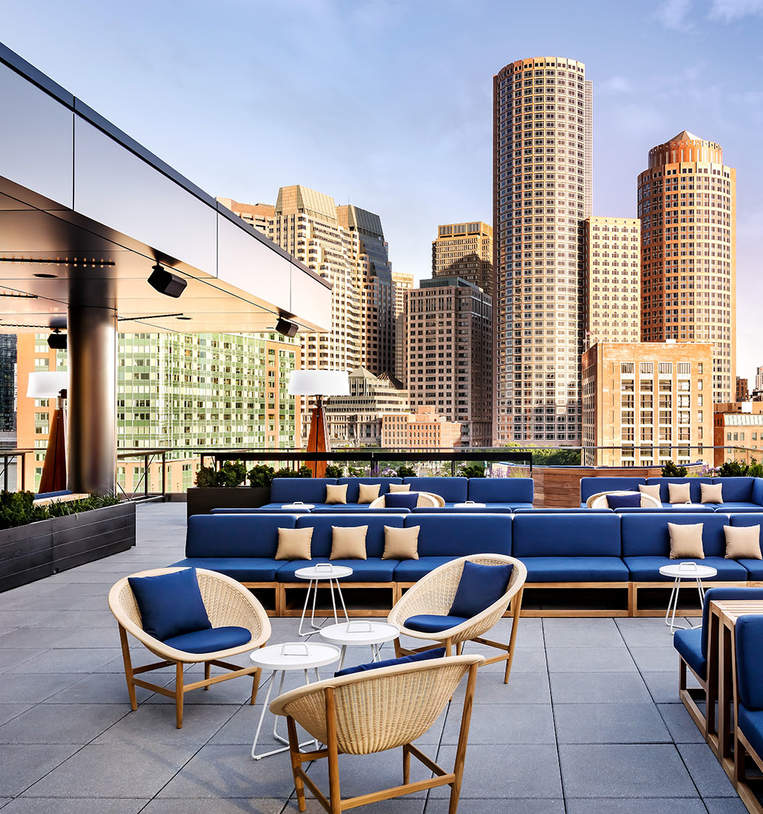 For the waterfront views

This trendy hotel is the best place to stay in Boston’s glitzy Seaport District, with upscale bowling and dart-throwing venues nearby, as well as plenty of shopping. The sleek rooms come complete with a custom city map etched into the bathroom door. Head to the rooftop Lookout Bar for waterfront views that you can still enjoy in winter months from the comfort of transparent heated “igloos.” 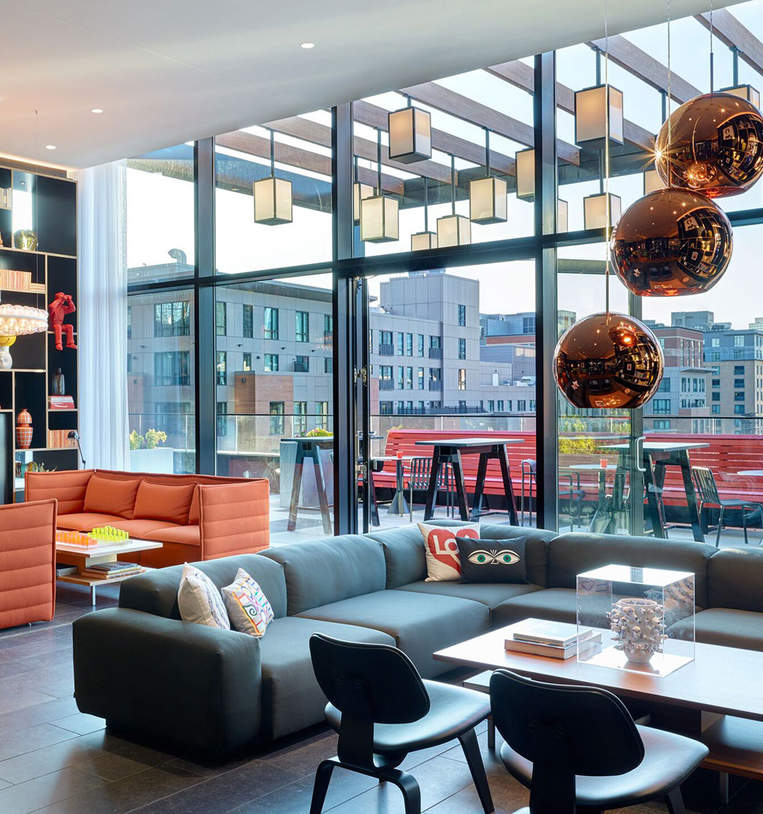 For the bleisure amenities

In close proximity to North Station, one of Boston’s central rail-travel hubs, the ultra-modern citizenM boasts compact rooms and amenities to suit all your business travel needs. Young professionals will love round-the-clock snacks available at canteenM, iPads for controlling the room’s lights and heating, and stylish common areas for hanging out and co-working.

There are numerous transportation options from Logan Airport, including the Logan Express bus service, which travels to Boston’s Back Bay neighbourhood (as well as the suburbs of Braintree, Framingham, Peabody and Woburn). The ride from Logan to Back Bay — dropping off at the Prudential Center and Copley Place, which are close to several subway, commuter rail and bus lines — is free and leaves from each terminal at 20-minute intervals.

Taxi service is available on the Arrivals level of each terminal and costs around US $20 to $30 to get to most parts of downtown Boston. Uber and Lyft are also available; follow signs to the designated ride app pickup location from any terminal.

Riders can also take the Silver Line for free from Logan to Boston’s South Station and transfer to the Red Line (free transfer) to get to downtown Boston, Cambridge and several other destinations. There’s also a free shuttle to a Blue Line station; take the Blue Line to Revere or Suffolk Downs, or transfer to the Orange Line at State Street to reach areas like Chinatown and North Station.

The Massachusetts Bay Transportation Authority (MBTA) runs many bus, subway, commuter rail and even ferry lines in and around Boston and out to numerous suburbs. The subway, known as the T, has several different lines (Red, Green, Orange, Blue and Silver) and is the easiest of the public transportation options for a visitor to navigate. (Note that service ends around 1 a.m. or earlier depending on the station and line.) A one-way T ride is $2.40 with a reusable CharlieCard (available at select stations) or $2.90 with a paper CharlieTicket (available at all stations) or cash. Seven-day and monthly passes are also available. Most subway fares include a free transfer to local buses, but there are some restrictions and exceptions.

Most local bus routes are a little cheaper than the subway — $1.70 (CharlieCard) or $2 (CharlieTicket/cash) for one-way trips — but a few special express buses cost as much as $7 for a one-way trip.

Consult the MBTA-endorsed Transit app for trip-planning and tracking.

While it’s possible to hail a cab in busy parts of Boston, you will want to book one in advance if time is of the essence (or ask your hotel to call one for you); there are numerous companies operating in and around the city. Ride-sharing services Uber and Lyft are widely used as well, and you will rarely have to wait long for a car.

Some Boston hotels have bicycles available for guests to rent, and the city’s bike-sharing options are growing by the year. Bluebikes is the most widely used company, with bikes available around Boston, Cambridge, Somerville, Brookline and Everett. There are numerous bike paths in and around Boston; try exploring the Minuteman Bikeway, which begins near Alewife Station in Cambridge.