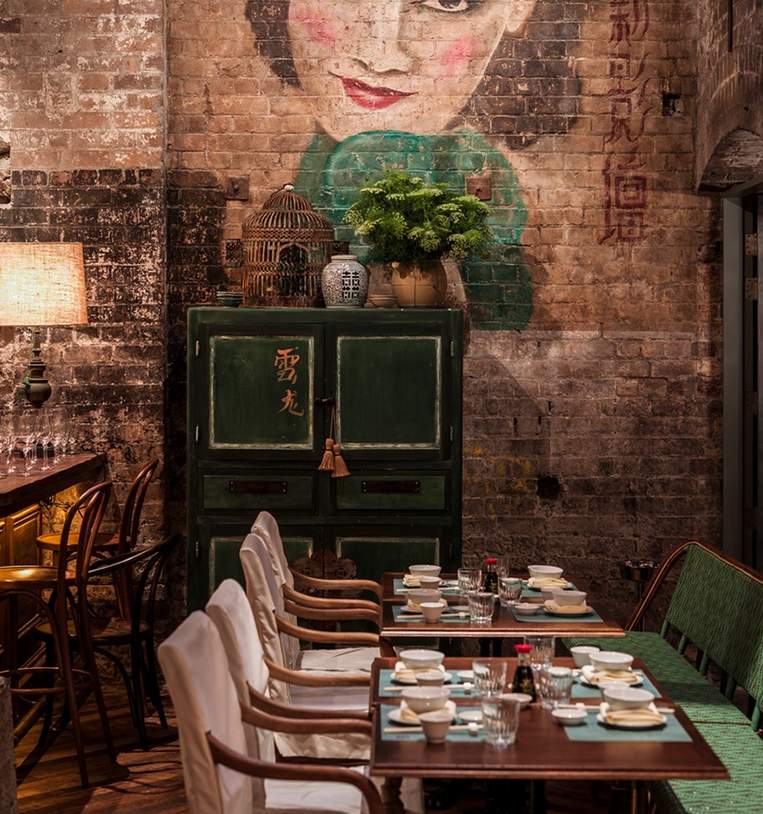 For the high-end Chinese food

You can’t visit Sydney without getting to know its Chinese food. Joining the longest restaurant line in Chinatown is a good start, but at the other end of the spectrum, we suggest Mr. Wong’s high-end take on Cantonese: the Chinese roast duck is the best in the city. On a lazy weekend morning, try the yum cha – think fried wagyu and truffle puffs, wild mushroom dumplings, or the specialty king prawn and bamboo shoot har gau. 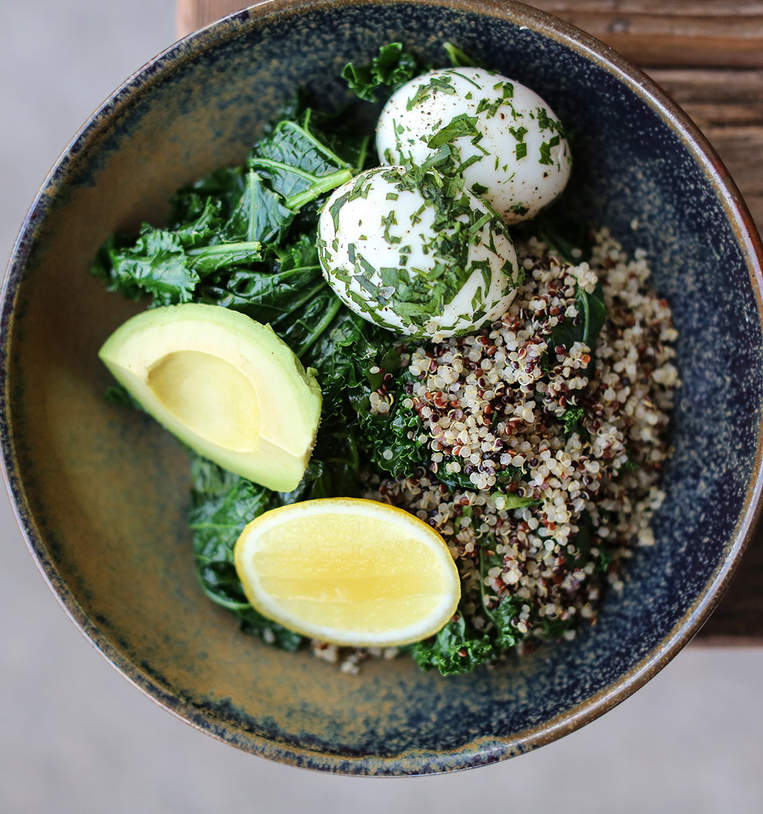 For brunch in Bondi Beach

With a focus on high quality ingredients, this restaurant at the north end of Bondi Beach serves the mostly-local crowd coffee and a seasonal menu of Aussie brunch favourites –plenty of avocado, poached eggs and grains. 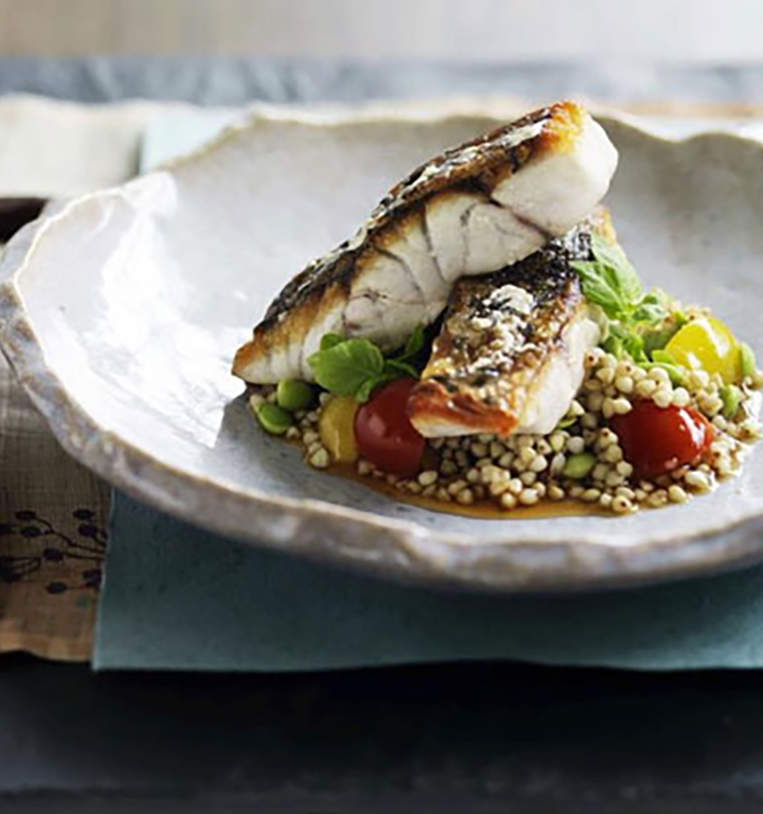 For the sushi and sake

Nobu-trained chef Shaun Presland makes sushi and sashimi in a retrofitted wool store decorated with hand-lettered sake barrels. Kingfish jalapeño is a specialty – kingfish, yuzu soy, jalapeño and coriander – along with a wide range of artisanal sakes by Japan’s Kozaemon. 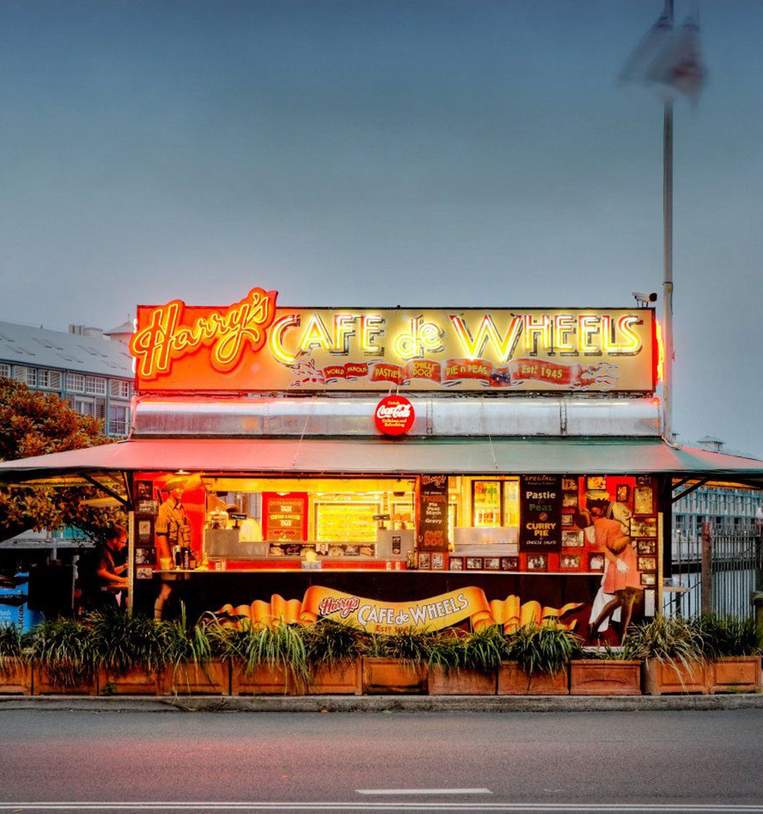 For the meat pies

Bring the kids to this iconic Sydney eatery at Woolloomooloo harbour and treat them to the signature Tiger pie, an old-fashioned Aussie meat pie topped with a mountain of mashed potato, mushy peas and gravy. This casual joint offers milk crates as seats and plastic cutlery. 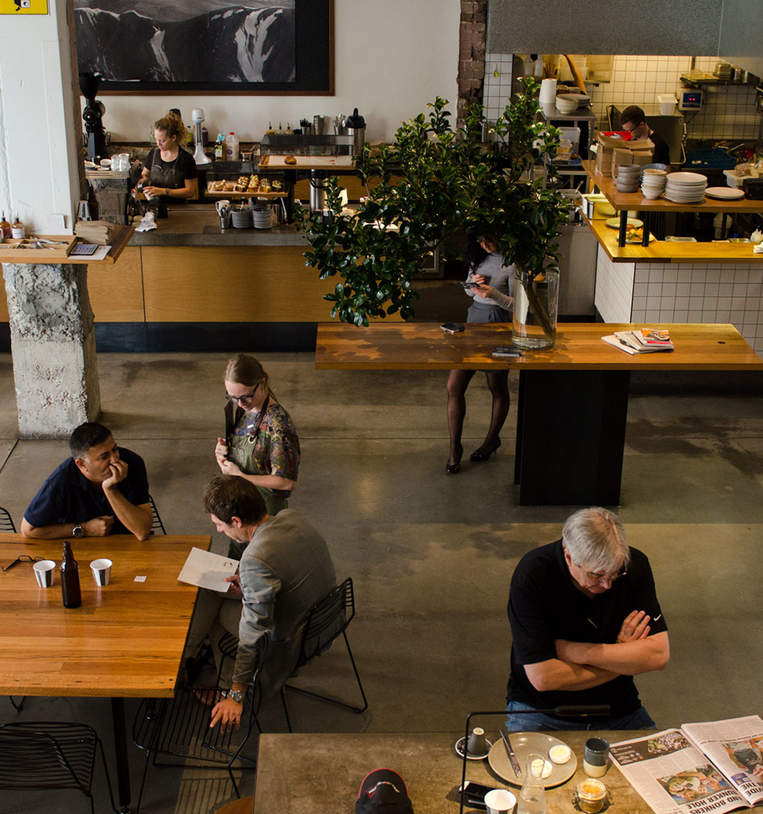 Australia’s take on third-wave coffee is now a worldwide phenomenon, and there’s no better place to sample cutting-edge caffeine philosophy than this joint venture between Mark Dundon of Melbourne’s Seven Seeds and Russell Beard of Sydney’s own Reuben Hills. Paramount is conceived as a venue for ongoing discovery, bringing a rotating cast of international roasters along for the ride. 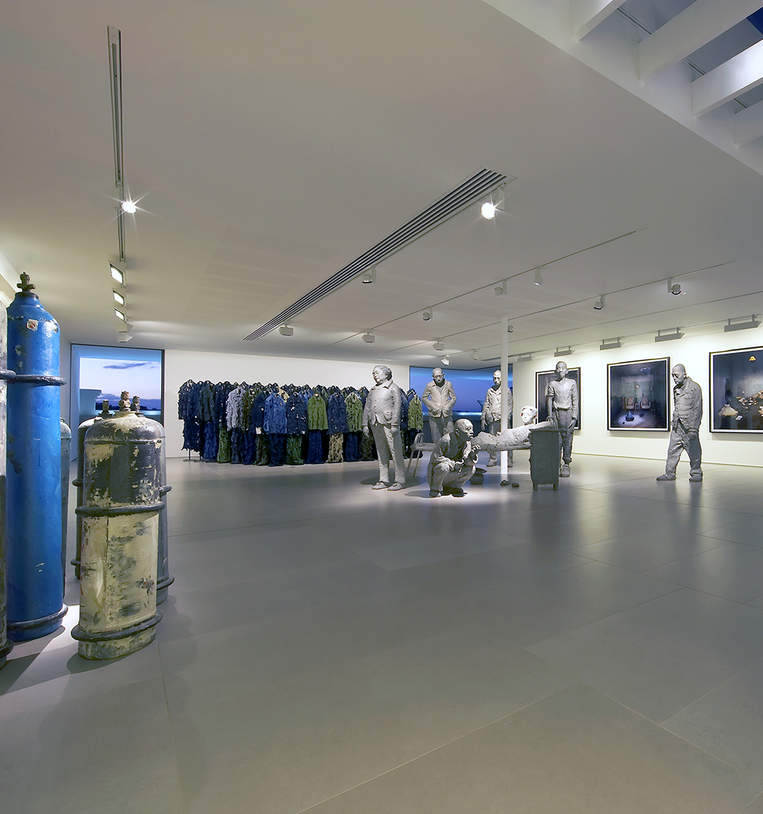 For the contemporary Chinese art

Head to vibrant Chippendale, not far from Central Station, for one of the best under-the-radar art experiences in the city. This gallery houses Judith Neilson’s spectacular collection of contemporary and significant Chinese work over four floors. Relax in the teahouse downstairs and enjoy a selection of Chinese and Taiwanese teas along with handmade dumplings. 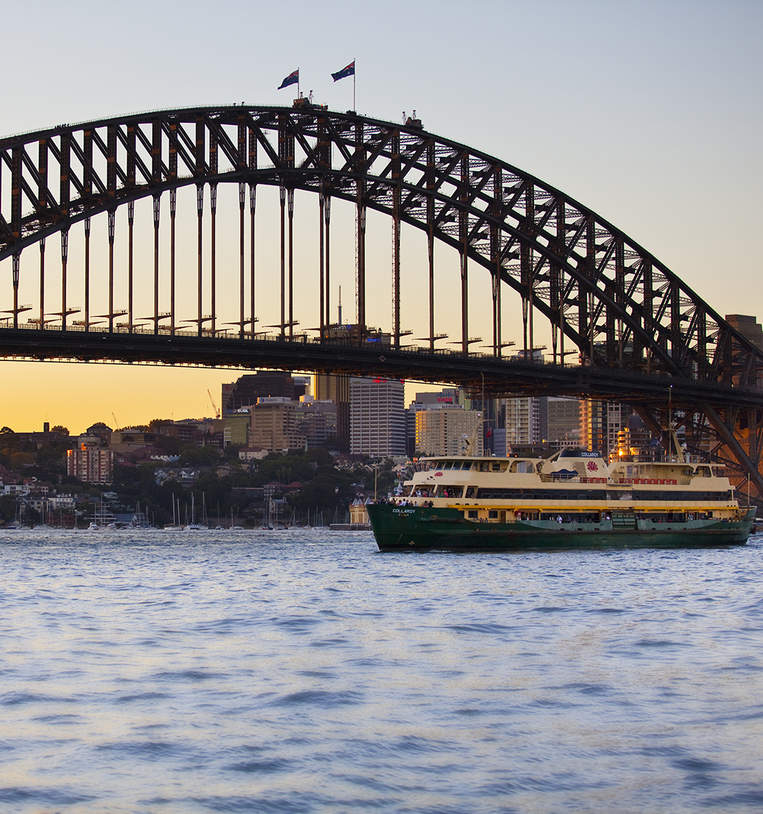 For a Bondi Beach alternative

If you’ve already been to Bondi Beach, or you’re seeking a more relaxed alternative, hop on the Manly ferry at Circular Quay for a 30-minute sail across Sydney harbour. When you arrive, load up on fish and chips at the wharf before hitting one of the beautiful beaches nearby for snorkelling, swimming or surfing. Rent a bike from Manly Bike Tours on the Esplanade and follow the handy map they affix to the handlebars. 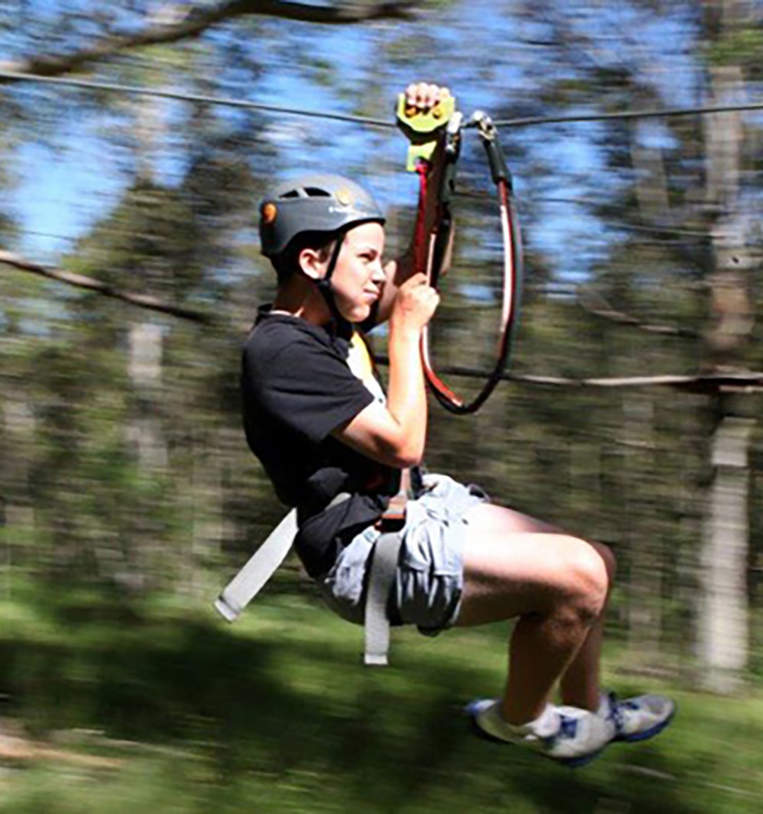 For the thrill of adventure

Hop from platform to rope ladder, and let your inner monkey loose at this exhilarating adventure park. Set amid the natural bushland of Plough and Harrow East in the sprawling Western Sydney Parklands, the park lets budding biologists discover indigenous bird species, like the red-capped parrot, during a two-hour guided safari tour. While most of the 100 challenges are open only to children over the age of 10, three sized-down courses let younger tots feel on top of the world. 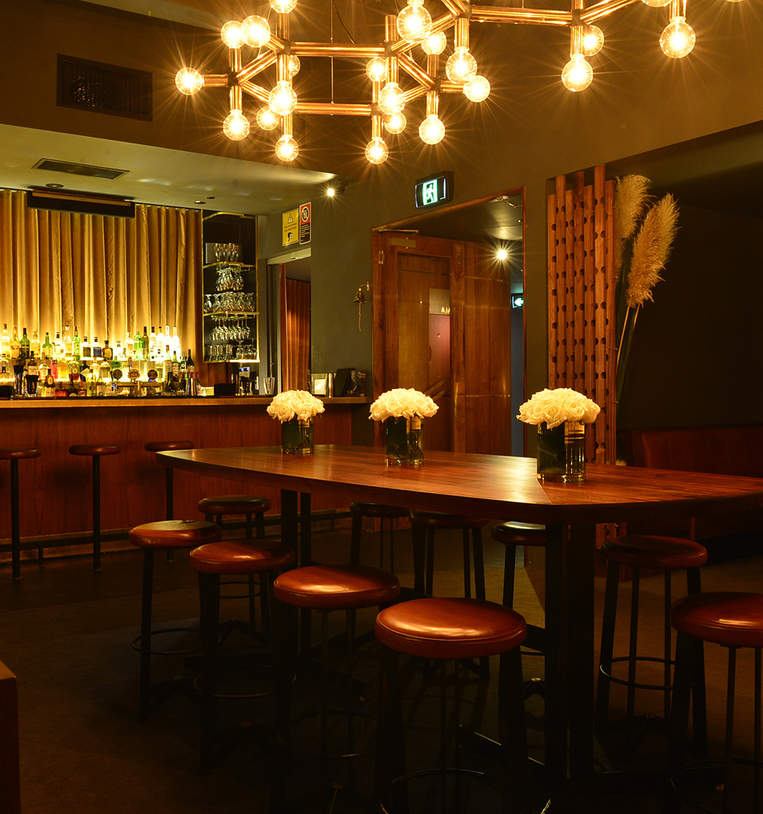 Housed in a 1940s Art Deco building in Surry Hills, this movie house and music venue screens a mix of first-release and classic art house cult movies. It also hosts intimate, free shows from some of the best independent bands in the city. 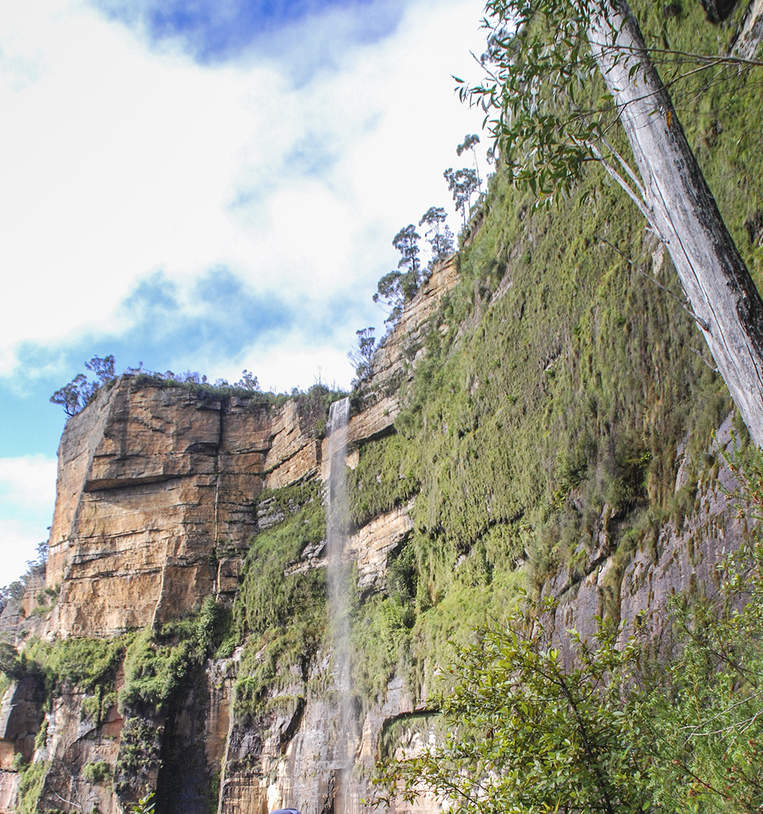 For a day trip outside of the city

Drive to the Blue Mountains Heritage Centre – take the picturesque Hawkesbury Valley route, not the motorway – and the staff will recommend the right bushwalk for your mood. Then, head to Leura for tapas and wine at Leura Garage. If you’re looking for a retreat with spa options, try the Hydro Majestic, an opulent jazz-age icon nestled on a clifftop overlooking the Megalong Valley.

For a serene swim

Drive 20 minutes from downtown to Parsley Bay, one of Sydney Harbour’s enclosed natural pools. After a dip, have a picnic or explore the surrounding bushland. 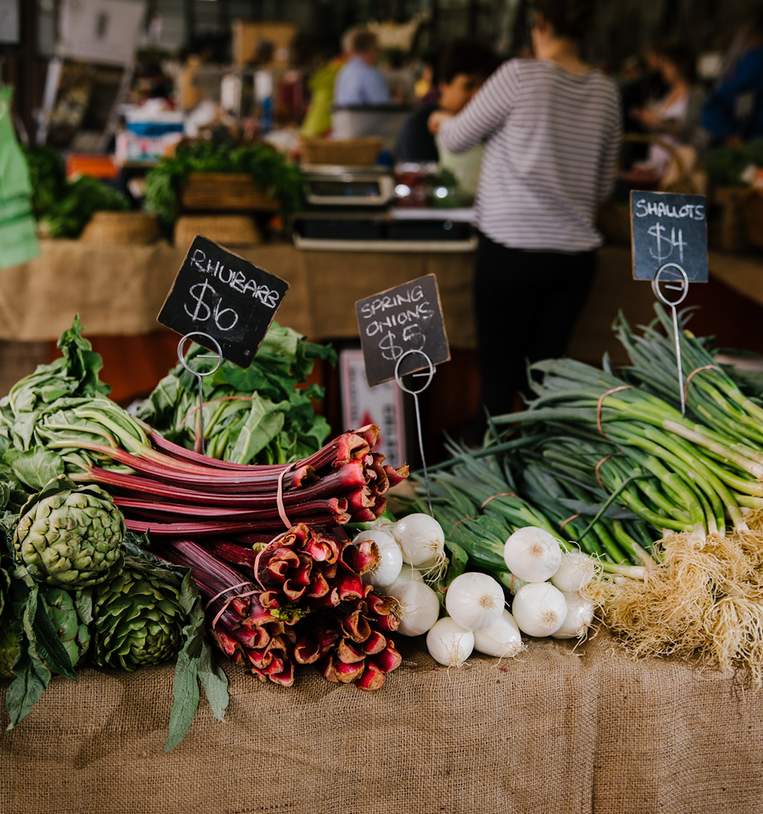 For the best chefs and food producers

Held in the spectacular surrounds of the Carriageworks arts space every Saturday, this is the perfect place to immerse yourself in New South Wales cuisine, including seasonal artisanal treats to take home. Look out for Kylie Kwong, one of Sydney’s favourite chefs, who’s there every week chatting and serving up dumplings from her Billy Kwong stand. 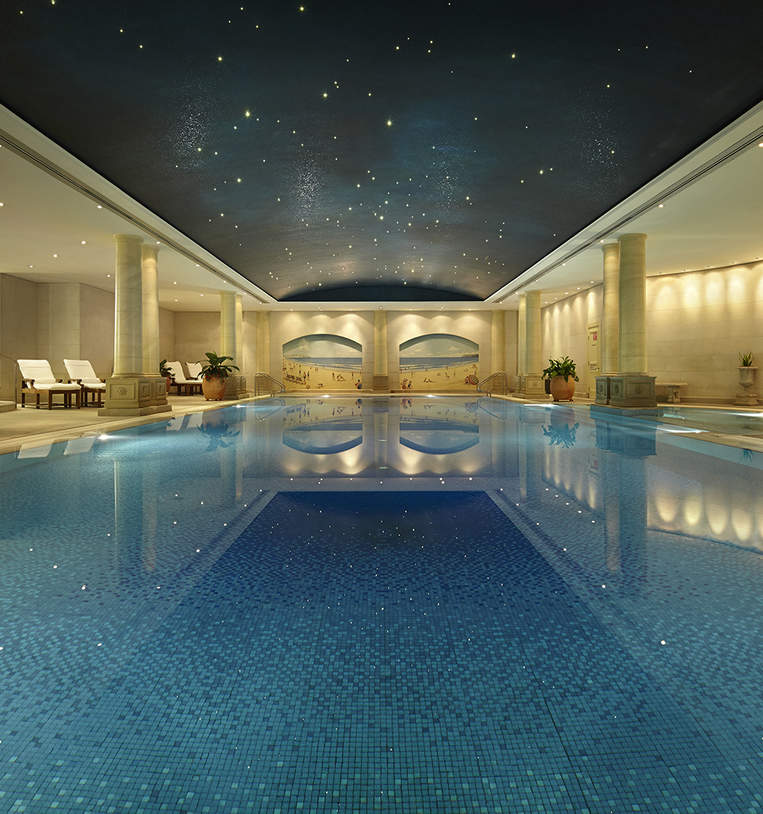 This hotel’s art collection features pieces from post-war Australian greats like Albert Tucker and Sidney Nolan. Indoor pools can seem pointless in Sydney, but this one, with a starry sky and a Bondi Beach trompe l’oeil, is a delightful exception. Ask for a harbour-facing room – you’ll see past the Millers Point dockyard all the way to Darling Harbour from your window. 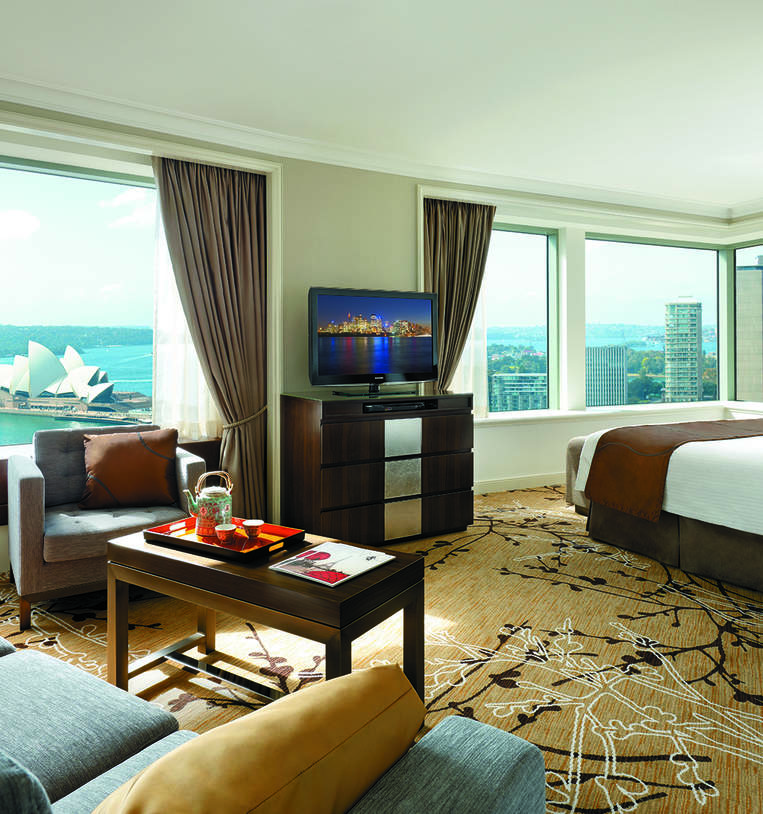 With five stars and 565 rooms, the Shangri-La is in a luxury category all its own. In addition to scale and prestige, it’s got an unbeatable location in The Rocks, about as close to the Opera House as it gets. Don’t miss the Zen-inducing spa, or the chance for a cocktail with harbour views from the 36th-floor Altitude Restaurant and Blu Bar. 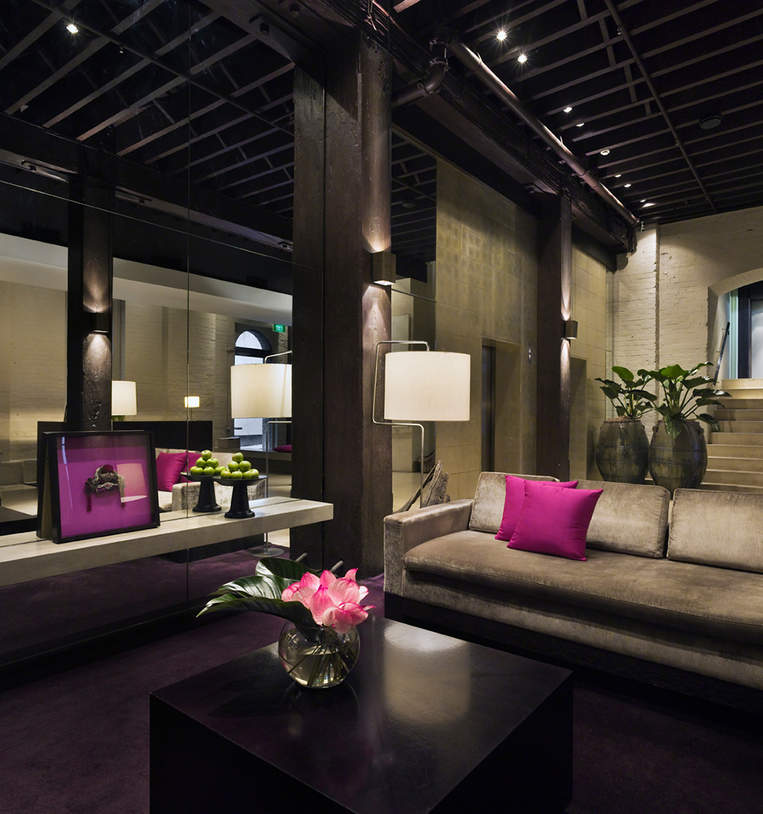 For a one-stop party

Situated in an alley behind bustling Bridge Street, this 31-room hotel is surrounded by excellent bars, cafes and restaurants, including the incomparable Mr. Wong next door. After a night out, flop down on the velvet couch in your room and blast your Bose sound system. In the morning, enjoy breakfast in the hotel dining room amid the original building’s grand 19th century columns. 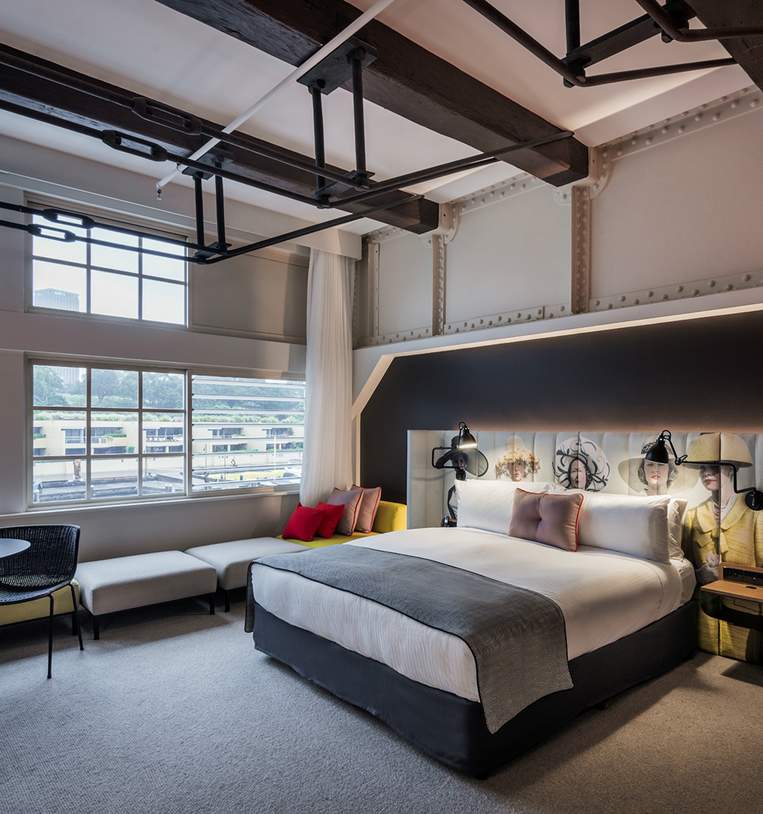 For a splash of waterfront colour

Housed in a century-old wharf building overlooking the yachts on Woolloomooloo Bay, this charismatic hotel has undergone a bold reinvention. You’ll appreciate touches like free, high-speed Wi-Fi and mini bar, as well as the lobby art from emerging Australian artists. 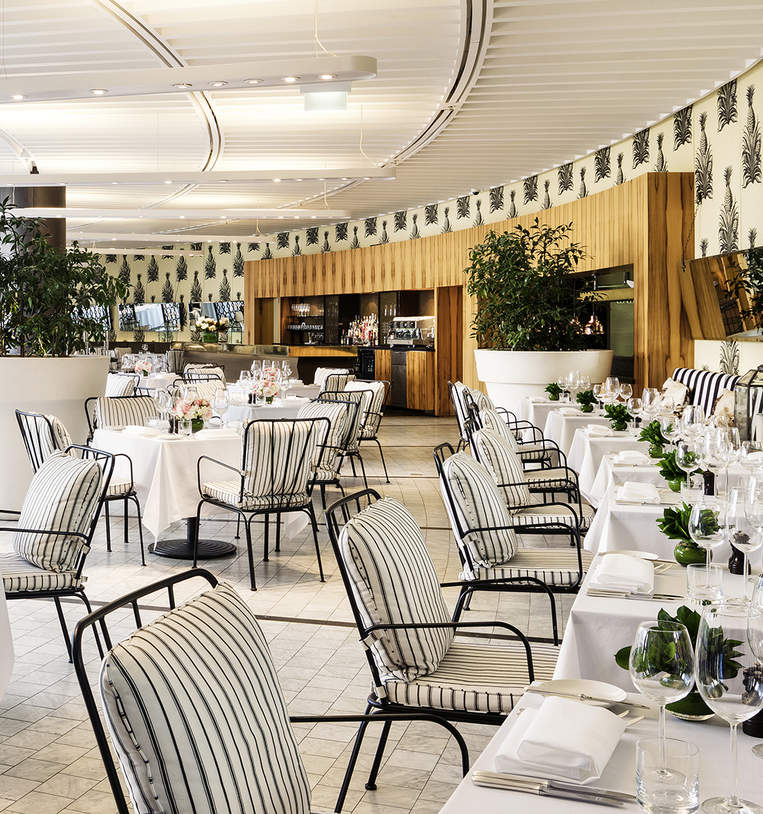 This semi-circular building is a post-war architectural icon, though its heritage status means that some rooms can be compact – it’s worth being picky when requesting a room. Don’t miss eating lunch amid the greenery in the fifth-floor Garden Court Restaurant. 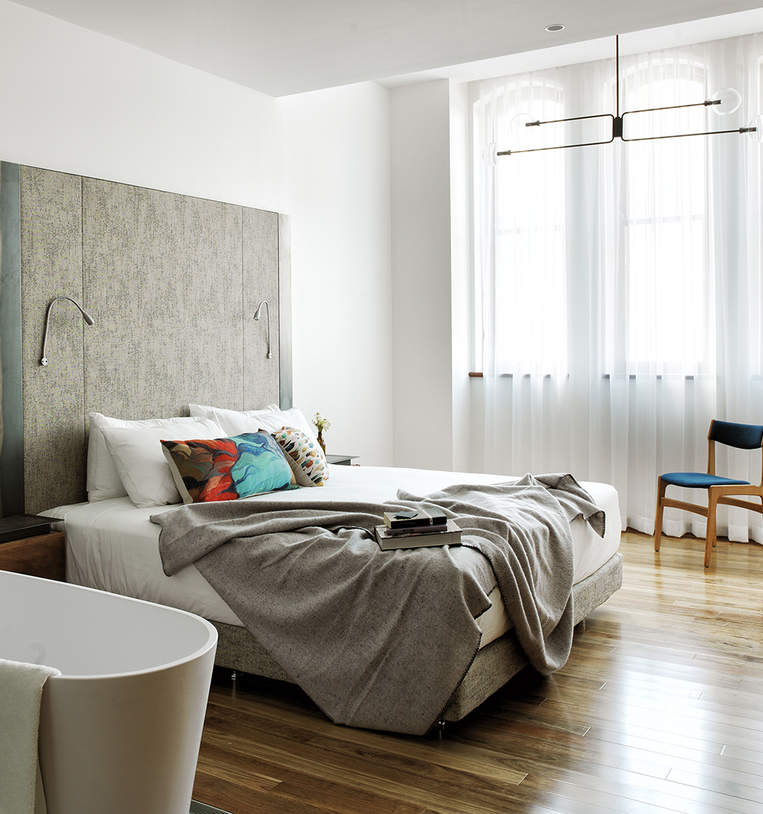 The Old Clare is a rebuild of an iconic pub and the former administration office of the neighbouring brewery located in Chippendale, Sydney’s trendy creative district. Indulge in five courses of Australian-Japanese cuisine at Automata, the first independent restaurant from Clayton Wells, formerly of Momofuku Seiobo, or lounge with a drink by the rooftop pool. 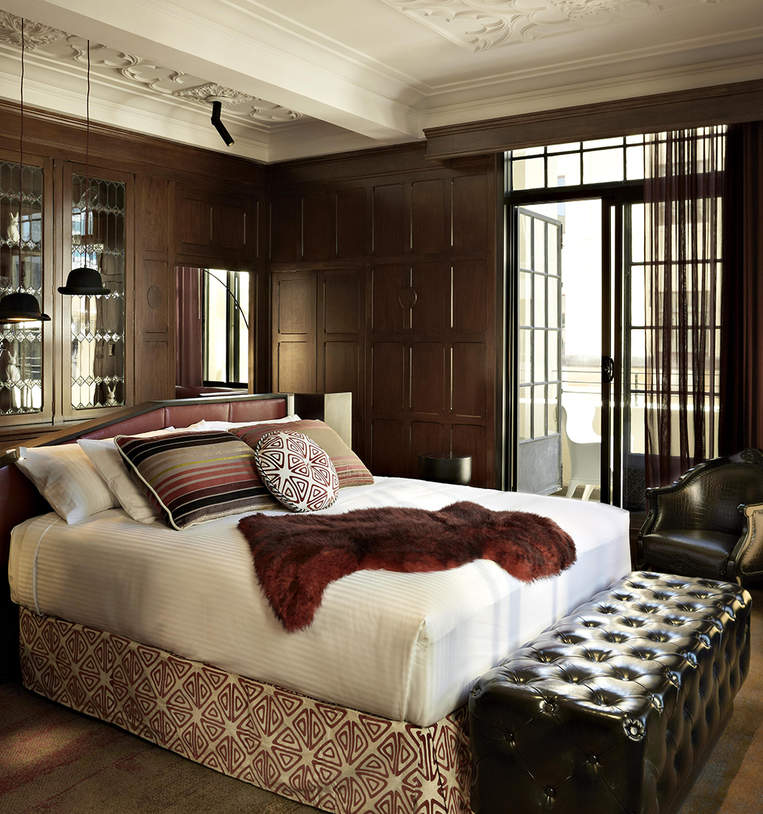 For the proximity to shopping

The Design Hotels chain has transformed the hybrid gothic and classic structures of two of Sydney’s most important downtown landmarks – the former Gowings department store and the State Theatre building – into a hotel with swagger. After a long day’s shopping for souvenirs in the grand old Queen Victoria Building across the street, unwind in spaQ, which has a special treat for men: a full-service barber in an antique, leather-and-tile setting.

The Airport Link is the best way to get into the city from the airport. Trains are frequent and they get you to Central Station in less than 15 minutes; from there you can find connecting light-rail trains to take you anywhere. The fare system can be a little confusing, but expect to pay about $18 to get from the International Terminal to Circular Quay.

Sydney’s commuter light-rail network, called CityRail, is remarkably extensive. It’s more like a commuter train than a subway, but the stops are in all the right places, so most destinations are accessible without using the also extensive but far less convenient bus network. Fares are calculated by distance according to a zone map.